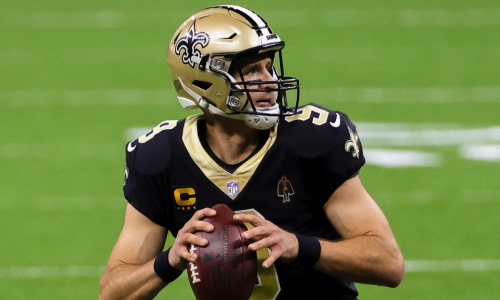 The Niners enter the game after a dreadful 34-17 primetime loss to the Green Bay Packers. Green Bay absolutely embarrassed the Niners, as they were up 34-3 with 6 minutes left before San Fran scored two garbage time touchdowns. GB outgained SF 405-337, forced two Niners turnovers, held them to 55 rushing yards, and dominated time of possession. QB Aaron Rodgers threw just 6 incompletions and went for 305 yards and 4 touchdowns. This game was over from the start, and it seems as though A-Rodg is still holding a grudge against a Niners team that passed over him in the draft so many years ago. QB Nick Mullens got the start for San Francisco but couldn’t do much as he went 22-35, 291, 1 TD/1 INT and lost a fumble. The only bright spot for the 49ers was WR Richie James, who went off for 9 catches on 13 targets for 184 yards and 1 TD.

New Orleans is on the complete other side of the spectrum as they drummed NFC South Rival Tampa Bay 38-3 on Sunday Night Football. The Saints were up 31-0 at halftime, and prior to a Ryan Succop field goal late in the 4th quarter, were on their way to a shutout. New Orleans outgained the Bucs 420-194, held TB to just 8 rush yards, forced 3 turnovers, and doubled up Tampa in Time of possession. QB Drew Brees was 26-32 for 222 yards and 4 touchdowns, hit 12 different receivers, and 4 separate players caught Touchdowns. The Saints Defense held Tom Brady to just 209 yards and 3 INTs and beat their rivals for the second time this year by double digits. The Saints are quickly emerging as one of the hottest teams in the NFC, and a potential Super Bowl contender.

Head Coach Kyle Shanahan named Nick Mullens the starter for the game against the Saints pretty quickly after the loss to GB. It’s clear the Niners are ready to move on from QB Jimmy Garoppolo at the end of the season. Mullens has been decent during the season and has actually thrown for more yards than Garoppolo in less games, but he clearly isn’t the answer going forward. The Niners are currently last in the NFC West and have been absolutely decimated by injuries this year. They lost superstars George Kittle and Nick Bosa earlier this season and have struggled to find replacements at those two positions. They lead the league in rushing TDs and have allowed the fewest, but other than that, rank middle of the pack in most statistics. It’s hard to see them even making the playoffs at this point, let alone defending their NFC crown. Once they move on from Jimmy G, San Fran will be in the market for either a free agent QB or will take one in the draft.

The Saints have the 4th highest scoring offense in the league, 9th most total yards, and 6th most rush touchdowns. The defense is strong as well, as they have allowed the 3rd fewest total yards, 2nd fewest rushing touchdowns, and 2nd fewest rushing yards. The one area that they can be beat is through the air, as they have allowed the third most passing touchdowns in the league. QB Drew Brees currently has a 74% completion percentage, and an impressive 82.1 QBR with 17 touchdowns and just three interceptions. As great a year as Brees is having, this team runs through Alvin Kamara. Kamara leads the team in rushing and receiving yards and has amassed 1,036 total yards with 8 touchdowns. Kamara’s 60 receptions are double the amount of Emmanuel Sanders, who ranks second on the Saints with 30 receptions. WR Michael Thomas returned last week vs. Tampa, and adding him to the mix of weapons for Brees vaults the Saints into a Super Bowl Contender.

DraftKings currently lists the Saints (-9.5) as the favorites with the total set at 49. This is a game where these two teams couldn’t be further apart in how they’ve been playing. The Saints are rolling right now, and the Niners are going the opposite direction quickly. The Saints one weakness is their pass defense, but with QB Nick Mullens at the helm it’s hard to imagine San Francisco will be able to take advantage. I’m taking the Saints -9.5 and the Under 49.