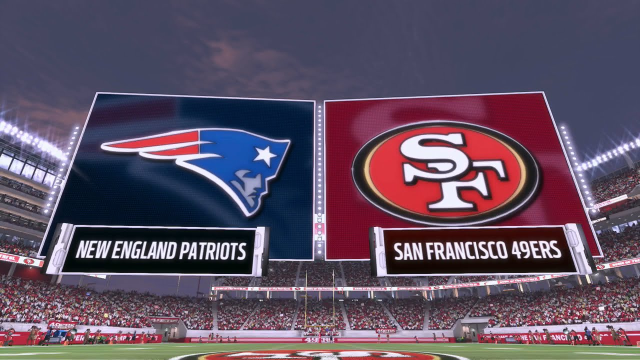 The San Francisco 49ers will be heading to Foxboro to take on the New England Patriots this Sunday, October 25th, at 4:25 p.m. EST. The 49ers are 3-3, coming off a victory against the Los Angeles Rams, while the Patriots are 2-3, coming off a loss to the Denver Broncos. The game will air on the CBS.

Here are the betting odds, according to Draftkings.com:

San Francisco is ranked in the middle of the NFL, at 16th, in total offense. They score 24.7 points a game on average and pick up 369 yards, throwing for 241 and rushing for 128. Quarterback Jimmy Garoppolo, who missed a couple of games, has seven touchdowns through the air but is only averaging 184 yards per game. This could be problematic for San Francisco as the Patriots have great defensive backs, and Jimmy G has struggled at times this season.

Jerick McKinnon is shaping up to get the bulk of the carries this week at running back with Raheem Mostert out and Jeff Wilson questionable. McKinnon has four total touchdowns – 3 rushing and one receiving. He is averaging 5.1 yards per carry on 41 carries for 211 yards. McKinnon also presents a dual-threat out of the backfield, with 17 receptions.

Tight end George Kittle leads the 49ers on offense through the air. He has 30 catches already, averages 95 yards per game, and has totaled 380 yards and two TDs. Wide receiver Kendrick Bourne has been their second option, averaging 15.9 yards per reception on 17 catches for 271 yards and one touchdown.

The 49ers have the league’s 5th ranked total defense, allowing 21.7 points per game and 321 yards – 213 passing, 108 rushing. Their pass rush ranks in the bottom half of the league with a win rate of 39%. They are led by standout third-year linebacker Fred Warner, who has 50 tackles, one interception, and two tackles for loss. Linebacker Kwon Alexander and safety Jimmie Ward have also been playing productively for the 49ers.

Quarterback Cam Newton leads the way for the Patriots offensively. He has seven total touchdowns – two through the air, and five rushing. He is averaging 7.5 yards per throw on 79 completions, and has totalled 871 yards. Last week was his first game back after missing time due to Covid-19. He has proven that he still can be effective through the air and on the ground, so the 49ers will be forced to pay attention to both -if not, he could have a huge day. His rushing ability often leads to opening up throwing lanes.

Wide receiver Julian Edelman has been New England’s leading receiver once again this year, averaging 15 yards per reception, totaling 302 yards on 20 catches. Damiere Byrd and N’Keal Harry have been effective at wide-out as well. Harry has one touchdown, with 166 yards on 18 receptions, and Byrd has 217 yards on 17 receptions.

New England comes into this matchup with a top 10 ranked defense, giving up 22 points per game and 339 yards. They rank in the bottom 5 in terms of pass rush win rate, but they excel in run-stopping defense, ranking 6th at 32%. If Garoppollo has time to throw, he could have a big day versus his former team.

Safety Adrian Phillips leads them statistically on the defensive side of the ball, having racked up 36 tackles already, with one interception and three tackles for loss. Reigning NFL Defensive Player of the Year Stephon Gilmore has been nothing short of excellent once again this year covering opposing receivers.

The 49ers have been victim to several injuries this year, unfortunately. Cornerback Richard Sherman, defensive end Nick Bosa, and tight end Jordan Reed are among the names headlining their injured reserve.

On the active roster for this week, they have ruled linebacker Kwon Alexander, running back Raheem Mostert, safety Jaquiski Tartt, and defensive back Jimmie Ward.

This will be a good one to tune into. If Newton can get it going running the ball, look for the Patriots to come away with the victory. The 49ers are beaten up on the back end, and especially in the secondary. Newton could have a big day throwing if he opens up some passing lanes and sets up the play-action. We like the over here in a bounce back game for the Patriots offense. New England -2 also provides good value.