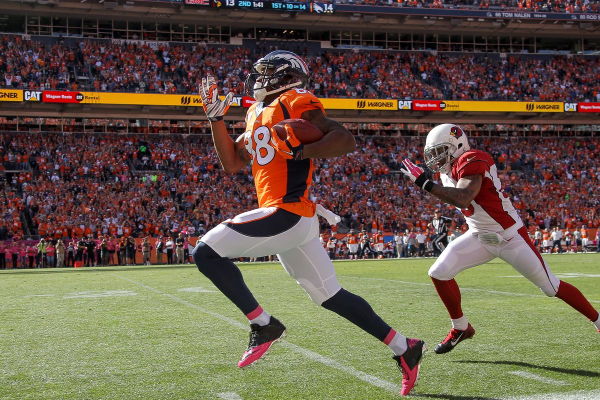 The NFL’s preseason kicked off last week with the annual Hall of Fame Game from Canton, Ohio. This year matched up the Baltimore Ravens and the ChicagoBears and these two up-and-coming teams gave us a competitive affair through all four quarters. Preseason games can be hard to watch at times as teams are ironing out the game plans, evaluating their players, and improving their schemes. This is what the preseason is for after all but these guys are pros so there are always flashes of what’s to come during the regular season.

Ravens v Bears didn’t disappoint either as this was a close game with some exciting plays. Many starters from both teams did not see the field but that did not stop the backups from putting on a good show and the Ravens held on to win 17-16. We knew it would be a low scoring affair and the under did come in even on a minuscule over/under line of 34 which we advised to simply avoid altogether. The Bears collected the money with their 2.5 points while the Ravens obviously took the money line. We had Baltimore covering with just about everyone else in the world but were able to cut the losses on the money line. Preseason games are tough and we’ll play it a little smarter this week

And tomorrow is the big first day for Preseason football with a full slate of games. There are some nice matchups with good teams facing each other. It’s only the first game for these teams so it may be wise to learn something from last week and stick to the deep teams on the money line. Although, it’s good to remember the oddsmakers tend to keep the points pretty tight in the preseason so don’t be surprised to see some enticing spreads. Here are a few of the games to keep an eye on.

The defending champs start out the preseason three-point favorites at home versus a strong Pittsburgh squad. The Over/Under comes in at 35 points, letting us know that Vegas doesn’t see a shootout here. These teams have good defenses and their offenses require the type of timing they probably haven’t regained as of yet so an Under play may be in order but it’s usually wise to wait until the real games before dipping into the more exotic wagers. Most people will take the Eagles because of their quarterbacks but it is hard to say if they either Wentz or Foles even see the field for more than a series or two, if at all. The three points is a gift for playing at home so the best value is with the Steelers and those free points.

Coming off a great playoff run to the AFC Championship, the Jaguars have a wave of hype behind them heading into this season. They’re a good young team and definitely peaked at the right time late last year. Many see the Jags picking right up where they left off and they find themselves 2.5 favorites at home facing a good New Orleans Saints team to start the preseason. Another close line with a low Over/Under at 34. Taking the Jags to win on the money line is the smart play here as DrewBrees won’t spend any time under center. Especially when you’ll still get value once the bets start coming in by Wednesday night. If we learned anything from last week’s game, it’s the preseason, so even if it’s only a few points, ignore them and take the win on an evenly matched game.

The Patriots are back as favorites to start off the preseason with a home game versus the Redskins. At only minus four, expect many people to jump all over New England, but remember, they aren’t in midseason form yet. No one is, in fact. However, unlike the previously mentioned games, this isn’t as evenly a matched game. The Patriots are the Patriots and the Redskins are not. Washington is a new team with a new quarterback and aren’t nearly as deep as last year’s AFC Champs. Ditch the points and make your money the easy way.