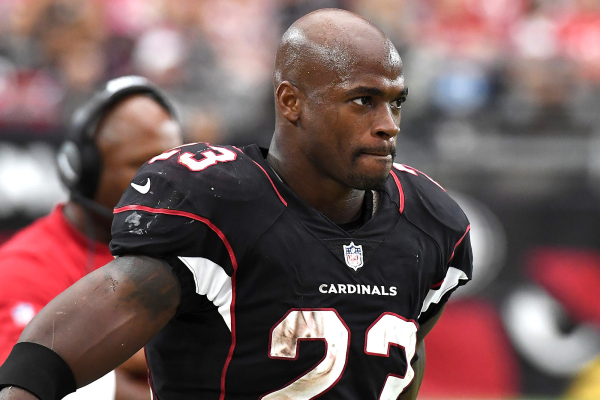 The NFLPreseason continues on and were are now entering the third week with most teams having played at least two games. Training camp and preseason is always an interesting time as everyone, including fans, are looking for clues as to what the year might hold.

We’ve plenty of injuries, games, and news to discuss so let’s see what happened last week and how it will affect our plays this week as well as the weeks to come.

Adrian Peterson to the Washington Redskins

Former NFL MVP and one million-time Pro Bowler Adrian Peterson will gave the Redskins a visit this week. The running back is 33 years young and played last year (for the Saints and Cardinals) until an injury in week 12 shut him down. He now finds himself a free agent again with a few teams showing some interest. The Skins lost rookie rusher Derrius Guice for the year and now find themselves a bit thin at RB with only Samaje Perine and Byron Marshall in the backfield. Peterson had a few nice Sundays for Arizona last year until his injury so many feel he still has something in the tank. Expect his name to come up repeatedly until he signs as the preseason running back injuries begin to mount.

Although it’s only the preseason and JameisWinston will miss the first three games of the season, the Tampa Bay Buccaneers had to be happy with what they saw in the second quarter. Winston, who did not start, played the full second quarter and absolutely lit up the Tennessee Titans defense with 226 years, two touchdowns on 13/18 throwing. More importantly, he ate up big yards on big gains, getting Mike Evans open for 38 yards and DeSean Jackson for a 54 -yard gainer. The QB looked poised and in-control and should give Fantasy Football players much to consider heading into their drafts. How high do you grab a quarterback this good who will miss the first three games?

Last week we featured only two picks and finished with a rather disappointing one win and one lose. The New England Patriots can through for us like we knew they would versus the Super Bowl champion PhiladelphiaEagles. The Pats turned it into a blow out pretty quickly. The Eagles have had a tough preseason but will get back on track soon enough. They’re a good team but New England was simply deeper last week and it showed.

We took the loss when the Green Bay Packers rolled all over the Pittsburgh Steelers. We felt the five points the Pack were giving was a bit much for preseason, however, we were quickly proved wrong with the Packers jumping out quick, finishing with 51 points. If it’s any consolation, and there never is with gambling losses, it’s that the Steelers gave up two pick-6’s. One was even on their first pass. Subtract those terrible TD’s, the Steelers cover and we’re geniuses. Alas, we can not subtract said TD’s so we are to remain, sadly, non-geniuses.

Sticking with the Patriots until they let you down and then sticking with them some more has been a wise play at the sportsbook over the last, I don’t know, decade or two, so we’ll take them again this week versus the favorited Carolina Panthers. Playing in Carolina helps lower the point spread to a measly +2 points as home teams always hold an edge, especially in preseason. This is the third game for both teams so we are sure to see more 1st team action and that gives the Pats all the advantage they’ll need. Plus, they are simply the deeper team which is the most important part of laying a preseason wager. Pats plus two, yes please.

Even without Jameis Winston’s great performance last week this is a strong pick as the Lions are not that good and headed for a tough year. They have yet to win a game this preseason and will be hard-pressed to get a win this week in Tampa. The Bucs have everything going for them. They are at home. They are only giving three points. They’ve looked sharper and sharper each game, plus Winston will play one quarter. Take the home team, give the points.