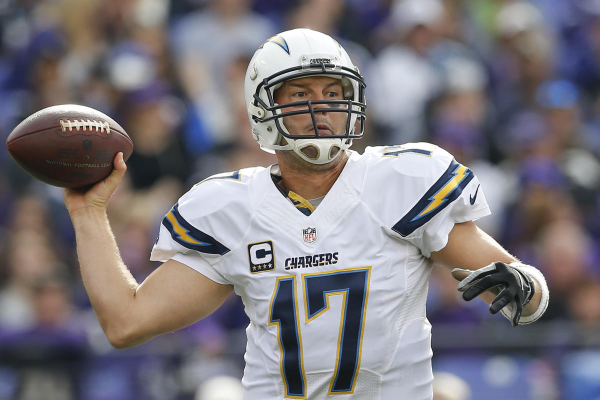 The Seattle Seahawks and Los Angeles Chargers have a lot in common. Both of them finished last season with a 9-7 record, both lost in the first preseason game this year and both are predicted to be competitive teams with a chance of reaching the playoffs, but neither of them are seen as likely to truly compete for the Super Bowl. This is certainly a change of pace for the Seahawks whose “Legion of Boom” defense has kept them in the playoff picture for years. For the Chargers, they are trying to make another run with Phillip Rivers running the offense. Both will look to get their first win of the preseason when the Seahawks (0-1 in the preseason) travel to StubHubCenter to take on the Chargers (0-1 in the preseason). Kickoff is scheduled for 10:00 pm ET.

The Chargers are favored in this one as the spread has them as giving 3 points. The over/under for total points scored is 39.5.

Seahawks Trying To Reinvent Themselves After Lots Of Turnover

With players like Richard Sherman, Cliff Avril and Sheldon Richardson a thing of the past, the Seahawks are trying to reinvent their identity. One thing that hasn’t changed, though, is Russell Wilson. The standout quarterback threw for 3,983 yards last year with 34 touchdowns. He also added another 586 yards on the ground with an additional 3 touchdowns. Needless to say, with Wilson on the field, the offense has a chance to be dynamic.

While they can be dynamic, the offense did take a small blow this week when rookie running back Rashaad Penny suffered a hand injury that will sideline him for several weeks.Penny was selected 27th overall and was expected to compete for a starting spot. With Penny out, the Seahawks will turn to Chris Carson for their running back job. Last year, Carson went for 208 yards on 49 carries. In the first preseason game, Carson ran 4 times for 26 yards. He will carry a much bigger workload this game and, at the very minimum, to start the season.

Chargers Looking To Clean It Up In Week 2

Last week left something to be desired when it comes to the offense. In a 24-17 loss to the Arizona Cardinals, the Chargers had 4 turnovers. They lost 3 fumbles and GenoSmith had one interception. Despite the interception, Smith performed pretty well overall. He went 14 for 23 with 218 yards, one touchdown and that lone interception. Geremy Davis also had a nice game from the receiver position. He had 4 receptions for 88 yards and scored a touchdown.
While he didn’t suit up last week, PhilipRivers is expected to get some game action on Saturday.

Last season, Rivers went 360 for 575 (62.6% completion) with 4,515 yards and 28 touchdowns. He also had 10 interceptions. He did lose one of his targets this season, though, as Hunter Henry is out for the season after tearing his ACL in OTA’s. Last year, Henry had 579 yards receiving and 4 touchdowns. They will be looking for someone to step up and fill that void.

From the running back position, they are hoping for another big season from Melvin Gordon. Last year, Gordon had 1,105 yards rushing with 8 touchdowns. He also had 58 receptions that led to 476 yards and 4 touchdowns. Between Gordon, Rivers, and wide receiver KeenanAllen, the offense still has the makings to be potent.

Preseason can be very challenging to predict. Each week is unique, as the goal of most coaches is less about wins and losses and more about reps and staying healthy. With that in mind, I think the Chargers will look a little better this week than they did last week. Part of the reason for that is that Philip Rivers will see at least a little time, hopefully setting the tempo for the offense for the rest of the night. I think it could be a close one, but at home, I still like the Chargers at -3.