NFL Starting QB Odds: Where Will Murray & Others Be in 2022? 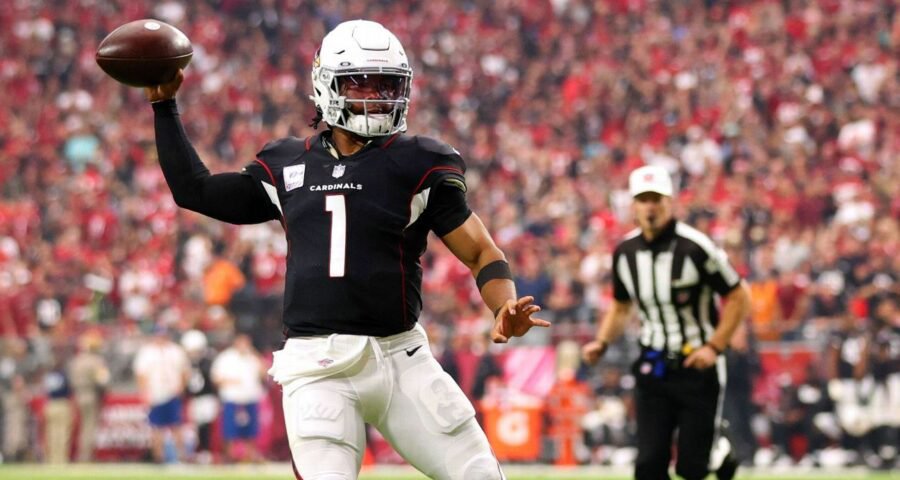 Even though the current football offseason is still in its infancy, that hasn’t stopped fans from looking ahead to the 2022 NFL season. After all, many sportsbooks have already released markets regarding the upcoming season.

Which NFL Teams Could Change Starting Quarterbacks in 2022?

One of the more intriguing markets out there is on BetMGM and revolves around the starting quarterback situation for the teams below:

Each betting option looks at the teams’ starting quarterback from 2021 and whether they’ll take the first snap of the 2022 campaign or if it’ll be another player.

2022 NFL Starting Quarterbacks Odds: Who Will Start the Season Opener for These Teams in 2022?

Whether it’s through the air or on the ground, Kyler Murray is one of the most exciting quarterbacks to watch. The former 2019 first overall pick seems like a no-brainer to start under center in 2022, however, he’s been involved in some controversy lately.

Earlier this week, Murray’s agent — Erik Burkhardt — released a lengthy statement about how the young signal-caller deserves a contract extension as soon as possible. Burkhardt added that it’s the Arizona Cardinals’ responsibility to get things done, mentioning that “actions speak much louder than words.” This came after Murray erased any mentions of the Cardinals from his social media pages in early February.

Nevertheless, Burkhardt’s statement and Murray’s actions have caused some people to sour on the latter, with sources describing the Cardinals QB as being “spoiled,” “self-centered” and “immature.”

The 2022 French Open is underway at Stade Roland Garros in Paris, France, and we are already almost through the first week of play. Tomorrow, the remaining third-round matches will take place, after which the men’s and women’s singles draws will be down to their final 16 contenders. In both men’s and women’s singles, there END_OF_DOCUMENT_TOKEN_TO_BE_REPLACED