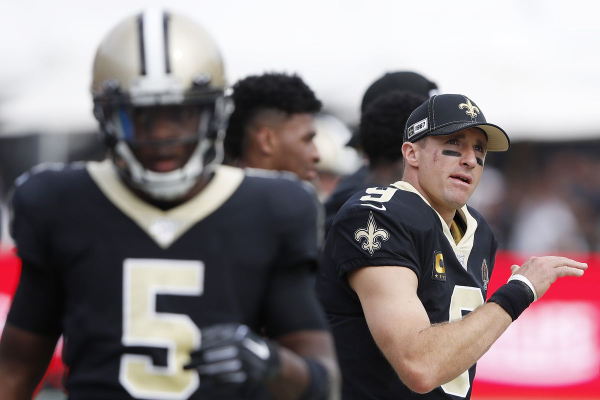 While neither the Arizona Cardinals nor the New Orleans Saints are favorites to win a Super Bowl by most preseason predictions, both have the types of teams that can quickly sneak up on you. Both also have veterans that are synonymous with the success of team. For the ArizonaCardinals, that is Larry Fitzgerald, the longtime wide receiver that continues to be productive despite his increased age. For the Saints, you have to think of Drew Brees. The veteran quarterback is a staple to the Saints’ offense and makes them legitimate threats whenever he walks on the field. The two teams will square off on Friday when the Cardinals (1-0 in the preseason) travel to the Mercedes-Benz Superdome to take on the Saints (1-0 in the preseason). Kickoff is scheduled for 8:00 pm ET.

The Saints are the favorites in this one as they come in at -3.5 points in the spread. The over/under for total points scored is 41.

Cardinals Quarterbacks Worth Watching Throughout The Season

Like many of the quarterbacks drafted this year, it will be interesting to see when Josh Rosen takes the field for the Cardinals this regular season. The 10th overall pick in the draft currently sits behind Sam Bradford on the depth chart. In Friday’s game, Bradford is expected to play for a few series before giving way to Rosen. Last week, Rosen went 6 for 13 with 41 yards passing. While the line isn’t great, it is worth noting he really didn’t play with any of the first string and was running for his life all night long. With Bradford’s history of injuries and inconsistent play, Rosen may find his way to the field before the regular season is over. In fact, there are some whispers that this is an open competition for the starting gig as early as week one.

One thing that was evident in week one is thatDavidJohnson is still a beast at running back. Even though he only had 2 rushing attempts, he still had 28 yards. After suffering a wrist injury, last season was cut short for the star running back. Feeling healthy again, he is hoping for a big season.

Saints Look To Get Past Frustrating End To 2017-18 Season

Last year, the Saints enjoyed an 11-5 season en route to a NFC South division title. In the playoffs, though, they were left frustrated as they lost to the Minnesota Vikings 29-24. The frustration came in the form of a missed tackle by defensive back MarcusWilliams that let Vikings’ wide receiver, Stefon Diggs, waltz into the end zone for a game winning score. In what was likely a very long offseason for both Williams and the Saints, they look to make a deep run this season.

At the helm again will be DrewBrees. Last year, Brees threw for 4,334 yards with 23 touchdowns and 8 interceptions. While he will lead the Saints on week one, it is unclear how much he will play in week 2 of the preseason. He did not suit up last week and if he does this week, it will likely only be for a series or two. If Brees is limited then look for Tom Savage and TaysomHill to get plenty of snaps. Last week against the Jaguars, Hill went 8 for 9 on attempts and threw for 72 yards. He also had 7 rushing attempts for 52 yards and a touchdown. While no touchdowns, Savage had a respectable outing going 10 for 14 with 70 yards. Either way, both quarterbacks are talented enough to pick apart second and third string defenses.

Saints Move To 2-0 In Preseason

As with most preseason games, you have to look at some of the backups as they are going to be the ones getting the bulk of the playing time. Most importantly, I look at the backup quarterbacks. While Rosen will eventually get comfortable, I think Tom Savage and Taysom Hill could have big games on Friday. Throw on top of that a solid running game featuring Mark Ingram, Alvin Kamara and Jonathan Williams and I think the Saints cover the spread to win this one. Take the Saints even giving up the 3.5 points.