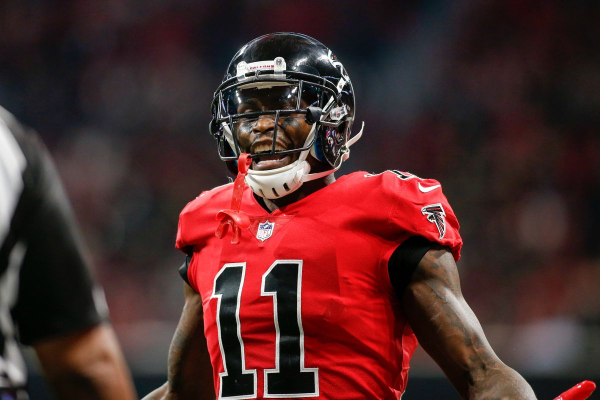 Football is finally back. After a long offseason, and what seemed like a longer preseason, football games finally matter again. And what better way to kick off the NFL season than with the defending champions, the Philadelphia Eagles, opening at home.

After going 16-3 during both the regular and postseason, the Eagles come into this season flying high, looking to go back to back. In week one, the Atlanta Falcons will try to soar a little higher. After an 11-7 combined season (between regular and postseason), Matty Ice and the gang look to make it back to the SuperBowl to finally avenge their Super Bowl meltdown against the Patriots a couple years back.

They are also looking to avenge last season, when the Eagles knocked them out in the divisional round. With two early season favorites, it should be a great matchup as the Atlanta Falcons (0-0) travel to Lincoln Financial Field to take on the Philadelphia Eagles (0-0). Kickoff is scheduled for 8:20 pm ET.

The spread comes in with the PhiladelphiaEagles as a slight favorite at -1.5 points. This is likely due to the home start. The over/under on total points scored comes in at 44.5 points.

Matt Ryan and the Falcons Look For Fast Start To Season

For the Falcons, their offense is still dynamic. Matt Ryan is coming off of a season where he threw for 4,095 yards, on 64.7% completion percentage. He also had 20 touchdowns and 12 interceptions. While those numbers are not horrific, the Falcons are certainly hoping to see an uptick in them after signing Ryan to a massive contract extension last offseason.

Part of his success will largely depend on his receivers, most notably the health of Julio Jones. Last season, Jones had 88 receptions for 1,444 yards and 3 touchdowns. If he can stay healthy all season long, he and Matt Ryan will likely form a very potent duo. MohamedSanu also had a pretty nice season as a second option as he added 67 receptions for 703 yards and 5 touchdowns. To even further help the receiving core, the Falcons added wide receiver Calvin Ridley out of Alabama.

From the running back position, they will still feature the two-headed monster of Devonta Freeman and TevinColeman. Last year, Freeman went for 865 yards and 7 touchdowns on the ground while Coleman went for 628 and 5 touchdowns. Put it all together and the Falcons offense can definitely score in bunches.

Health A Concern Early On

The biggest question surrounding the Eagles right now is the health of their quarterback. With Carson Wentz still not ready to go, it will be Nick Foles back under center for this one. While that was not a bad thing in the playoffs (have I mentioned they won the Super Bowl), he has not really looked like that NickFoles this preseason.

In fact, he has looked very ordinary at times, which the Eagles can’t afford if they are going to be without Wentz for a few weeks. Still, it is just the preseason and Foles did have a minor injury that may have hampered him a bit, but how he plays may have a big impact on this game.

It also doesn’t help that number one wide receiver AlshonJeffery is ruled out for this game. Having dealt with a shoulder injury, it is likely that he will be missing the first two weeks of the season. As a result, the Eagles will look to Nelson Agholor to pick up his production. Last season, Agholor had 62 catches for 768 yards and 8 touchdowns.
Defensively, the rich got richer. Already one of the best defenses in the league, the Eagles signed Haloti Ngata and traded for Michael Bennett. Given that they ranked 4th in points allowed last year, a scary defense may be even scarier.

Falcons Cover In Week One