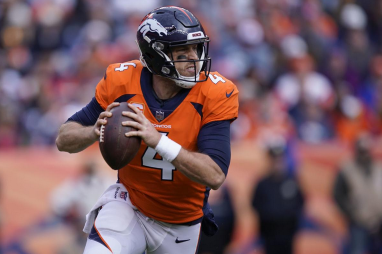 We are just one day away from the official start of the new NFL calendar year. Of course, teams haven’t been sitting around and waiting to do their offseason business. Let’s take a look at all of the major headlines impacting NFL betting this past week.

What Can Brown Do for You, the Raiders?

Well, the Antonio Brown saga is finally over. The Steelers have agreed to send the disgruntled wide receiver to the Oakland Raiders for a 3rd and 5th round pick in this year’s draft. Brown will also get a new three-year deal from Oakland with just over $30 million guaranteed. The contract could be worth as much as $54 million, as opposed to his previous deal with Pittsburgh that had three years and just under $39 million left. The move is a big one by the Raiders, who are essentially starting over in Jon Gruden’s second season back in silver and black.

Trading for Brown wasn’t the only big move the Raiders made this week. The team will also sign Jonathan Hankins to a two-year deal to upgrade their defensive line. Meanwhile, Oakland traded away left guard Kelechi Osemele to the Jets for an extra 5th-round pick.

A Place for Case

With their trade for Joe Flacco set to become official, the Broncos have reached an agreement to trade Case Keenum to the Washington Redskins. As part of the deal, the Broncos will swap out their 7th round pick in 2020 for Washington’s 6th round pick. For the Redskins, Keenum is a form of insurance after the devastating injury Alex Smith suffered last season that has left his career in jeopardy.

Pro Bowl linebacker Oliver Vernon is the newest member of the Cleveland Browns. The Giants are sending Vernon and a 4th round pick in this year’s draft to the Browns in exchange for right guard Kevin Zeitler and a 5th-round selection. Vernon was arguably the best player on New York’s defense last season and will immediately help the Cleveland defense. Meanwhile, the Giants could use all of the offensive line help they can get, making Zeitler a nice addition.

Another true game-changing trade was also made between the teams with Odell Beckham Jr being traded from the Giants to the Browns. This will definitely change the dynamics of each team and the legal sportsbooks in the country have  already updated their odds drastically.

Wide receiver DeSean Jackson is heading back to the Eagles, the team that originally drafted him in 2008. Tampa Bay will send Jackson to Philadelphia while the teams also swap late-round picks. Jackson will also rework his deal with the Eagles, making $27 million over the next three seasons.

Another Piece of the Puzzle

The Rams have added veteran safety Eric Weddle to their defense, as the two sides agreed to a two-year deal over the weekend worth as much as $12.5 million. Weddle was released by the Ravens last week and is still capable of playing at a high level. He figures to replace Lamarcus Joyner, who is a free agent this offseason. The Rams have also re-signed Dante Fowler, who they traded for this past season.

Safety Landon Collins has landed the first true big-money deal of the offseason. He is reportedly set to sign with the Washington Redskins on a six-year, $84 million deal, including $45 million guaranteed. His annual average salary of $14 million is the most ever for a safety. With cornerback Josh Norman making an average of $15 million on his deal, Washington will have trot out an expensive secondary in 2019.

The Jets will make an instant upgrade to their linebacking corps when the new year begins, agreeing to deals with both C.J. Mosley and Anthony Barr. Mosley will get a lucrative five-year, $85 million deal with $51 million guaranteed. Mosley will handle the inside while Barr will give them an outside pass-rusher in their 3-4 scheme.

The Kansas City Chiefs have been busy over the last couple of days. On defense, they released Justin Houston rather than pay him $15.5 million this season. However, they allocated some of that money to safety Tyrann Mathieu on a three-year, $42 million deal. On offense, they signed running back Carlos Hyde, who was released by the Jaguars on Friday. Hyde will likely split time with Damien Williams in the Kansas City backfield this year.

The Detroit Lions flexed some muscle this week, signing both defensive end Trey Flowers and nickel corner Justin Coleman, who both have ties to head coach Matt Patricia from his days with the Patriots. Detroit also signed tight end Jesse James. However, those moves only came after the Lions decided to cut cornerback Kevin Lawson.