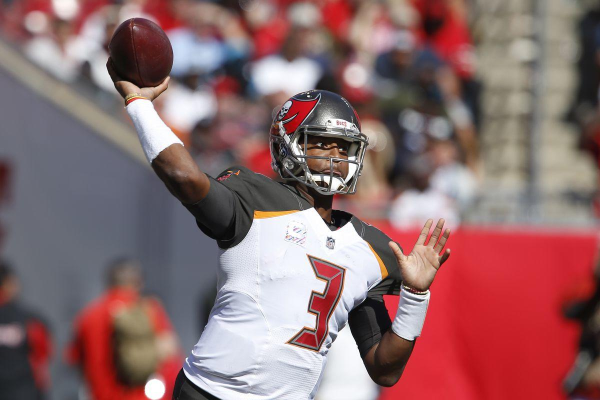 The NFL regular season may be over, but this is still a busy time, both for the teams that made the playoffs and the ones that didn’t. Let’s get caught up on everything you need to know.

Some teams were so excited for Black Monday this year that they fired their head coaches on Sunday night. In addition to the Browns and Packers who fired their coaches earlier this season, six more teams have head coaching vacancies to fill. Here’s who got the boot:

Not surprisingly, Todd Bowles was fired by the Jets, and probably a year too late. The Jets finished last in the AFC East for the third straight season and won just 14 games over those three seasons.

Dirk Koetter is also out in Tampa Bay after back-to-back 5-11 seasons. He easily could have been fired a year ago but didn’t make the most of his second chance.

The Broncos let go of Vance Joseph after two losing seasons. A month ago, Denver was 6-6 and looked like contenders in the wild-card race, but their collapse down the stretch made it easy to fire Joseph.

Arizona’s Steve Wilks was fired after just one year of service. The Cardinals were the worst team in the NFL this season, going 3-13, which apparently wasn’t enough to earn him a second season in charge.

Miami’s Adam Gase getting fired was easily the biggest surprise on Black Monday. The Dolphins didn’t have Ryan Tannehill last season and for a significant chunk of this season, but that was not enough of an excuse to give Gase another year.

The Bengals and Marvin Lewis finally decided to part ways. Despite plenty of success during his 16 seasons in Cincinnati, Lewis never won a playoff game with the Bengals. The team has also gone three straight seasons without reaching the playoffs, making it clear to both sides that it’s time for something new.

While other teams were opening head coaching vacancies, the Raiders were filling their GM opening. Longtime NFL Network draft analyst Mike Mayock is moving from being a member of the media to being the head of an organization. He replaces Reggie McKenzie, who was fired last month. Mayock admits that he’ll need help with the day-to-day operations of being a GM, but there’s no denying that he has plenty of experience with player evaluation. Of course, it’ll be interesting to see how duties are divided up between Mayock and Jon Gruden, who figures to have a great deal of influence.

Hanging by a Thread

Jacksonville’s Doug Marrone will retain his job despite the team’s disappointing season this year. However, the same may not be true for Leonard Fournette. The Jags have informed Fournette that Fournette’s suspension earlier this year could void the rest of the guaranteed money on his contract if the team decides to cut him. After a rough season both on and off the field, that is a distinct possibility.

While Dirk Koetter is on his way out in Tampa Bay, Jameis Winston isn’t going anywhere. Despite speculation to the contrary, the Bucs have made it clear that Winston will be the starting quarterback in 2019. Winston and Koetter reportedly had trouble seeing eye to eye. GM Jason Licht has made it clear that the new head coach must be willing to accept the fact that Winston is the team’s quarterback.

The Chargers may get a big boost in their wild-card game against the Ravens. Tight end Hunter Henry, who hasn’t played all season after tearing his ACL in May, is expected to play. More importantly, Melvin Gordon is expected to play as well. Gordon left Sunday’s game against the Broncos in the 4th quarter after missing a few games in December with a knee injury. However, the Chargers are confident that he’ll be ready to face Baltimore’s defense for the second time in three weeks.

Finally, it’s worth mentioning the heartfelt goodbye that Kyle Williams received in Buffalo. The 35-year old spent all 13 years of his career with the Bills, becoming one of the most beloved figures in franchise history. Not only did he receive a wonderful goodbye from Bills fans on Sunday, but the defensive tackle also got a chance to catch a 9-yard pass to help close out his NFL career.