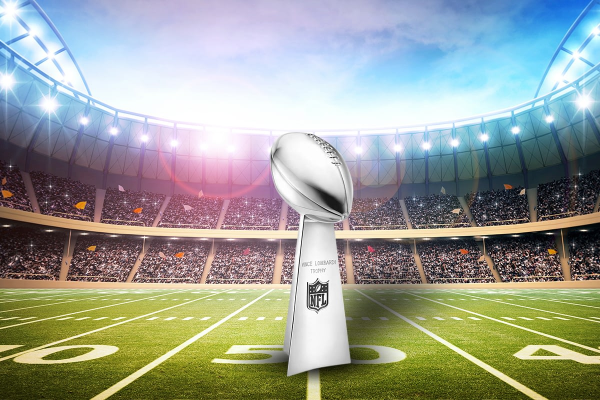 The NFL schedule is well underway, and luckily for football fans, it looks like it is here to stay.

The 2020 season seemed to be iffy at times based on the COVID-19 pandemic, but except for some postponed and rescheduled games, it looks like the league is on track to keep the season going all the way to the end.

There have been surprises (hello Josh Allen, hello Chicago Bears), and there have been disappointments (Sorry Dallas Cowboys and New England Patriots fans). And because six weeks have been played, there have been adjustments made to futures odds for Super Bowl winner and the MVP award. Those odds will move throughout the season, and this is a good time to take stock of where they are with plenty of time left to get money down on your favorite bet.

If you look only at the top two teams in the current Super Bowl champion odds, you won’t know how much has changed after that. The Chiefs and Ravens remain in the top two spots, but after that, there has been plenty of shuffling from the preseason odds.

Kansas City opened the season around +600 favorites, and Baltimore was close behind at +700. Both teams have done well to stay there because of their performances thus far.

Baltimore’s only loss was to Kansas City, and Kansas City’s only loss is to Las Vegas. The Chiefs added a nice feather to their cap by beating Buffalo on the road Monday night.

One of the biggest movers has been the Seattle Seahawks. They began the season around +1800 to win the title and have moved all the way up to the No. 3 favorite overall and the No. 1 contender in the NFC. Seattle is the NFC’s only undefeated team and is led by MVP frontrunner QB Russell Wilson, who has been out of this world so far this season.

Another undefeated team, the Pittsburgh Steelers, might be a sneaky play. They have been playing good defense, and QB Ben Roethlisberger has a bevy of playmakers to get the ball to. He’s already won two Super Bowls, so it would not be crazy to think he could do it again.

The price of +1100 with the Steelers is good, but the next two weeks could go a long way toward determining if that number goes up or down. Pittsburgh has road games against fellow undefeated team Tennessee next week, and play in Baltimore the week after that. If you think the Steelers can win both games, it is best to get money down on them now. If you think they will lose but still want to bet on them to win it all, it would be best to wait because the price will get better.

At +1500, Tennessee is tempting. The Titans have yet to lose, and QB Ryan Tannehill seems to have taken the next step in his development. Add to that the game’s best running back in Derrick Henry and a tough coach with championship experience in Mike Vrabel, and the Titans seem to be in a good spot to make another deep playoff run like they did last year.

If you like to buy low, take a shot on San Francisco at +3300. The 49ers, who were about +800 to win the title preseason, are only 3-3, but Sunday’s win over the Los Angeles Rams shows they will once again compete within the NFL’s best division. They’ll have to prove it, but with QB Jimmy Garoppolo and RB Raheem Mostert back from injuries, San Francisco might get back the swagger it had during last year’s run to the Super Bowl.

The race for the NFL’s top individual award is far from over, but it has a clear frontrunner in Seattle QB Russell Wilson. Several other players have made big moves up the board to put themselves in contention, too.

Odds to win MVP (on DraftKings)

Wilson has been incredible through five games, throwing 19 touchdown passes versus three interceptions. His 1,502 passing yards only rank 13th, but his yards per attempt of 8.9 ranks No. 1. That means he isn’t throwing as much, but when he does, he is more effective.

The stats and his team’s undefeated record are nice, but he has one intangible factor on his side when it comes to winning the MVP award: he’s never won it. In fact, Wilson has never even received a vote for MVP. It seems like this day and age, voters for sports awards like to vote for a player who has not won it and they feel is deserving, and that could give Wilson an edge because his closest pursuers all have won the award.

Of course, that doesn’t mean you should rush to throw down your money on Wilson at his current price. Even though things have been going really well for him and the Seahawks, they are bound to lose a game or two. When they lose, Wilson’s odds will improve, and THAT is when you want to jump with your bet.

It is hard not to like Patrick Mahomes. He’s off to a great start this season with 15 touchdowns versus one interception, and he didn’t win it last year. If the Chiefs rip off a 14-2 or 13-3 record, and Mahomes keeps piling up the stats, it will be difficult not to vote for him.

Aaron Rodgers is having a bounce-back season, and it would not be a surprise to see him contend for his third MVP award. He had not thrown an interception before Sunday’s game against Tampa Bay.

After watching Titans RB Derrick Henry bulldoze his way through the Houston Texans’ defense Sunday afternoon, voters may be tempted by him. He leads the NFL with 588 rushing yards in five games and is second with six rushing touchdowns. Betting on a running back to win MVP is a risk because the award has not gone to a non-quarterback since 2012, but if any running back is going to end that streak, it is probably Henry.