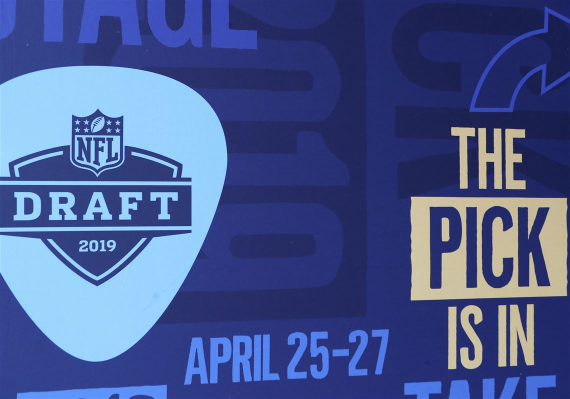 Day one of the 2019 NFL Draft was one of the craziest in recent memory, and I say that simply because the things I thought were the most intriguing coming into the draft turned out to be even more intriguing than even I expected. I’ll hit on the key winners and losers of day one and what I thought of the major storylines.

Look, I normally want to start with the winners, but the losers stole the draft for me. Funny enough, the two CLEAR losers here are the Raiders and the Giants, the two teams with the most firepower last night to talk away as winners with Oakland’s 3 first rounders and the Giants’ 6th and 17th pick.

Let’s talk about Oakland. We had heard a few days before that Oakland basically evacuated the building and may have a “surprising pick” at number 4. When I broke this down a few days ago, my conclusion was that this was likely a quarterback because if it wasn’t a QB, and it wasn’t a top defensive guy (who wouldn’t have been surprising), why do you have to hide the pick? I wrote that if the Raiders wanted one of these top 15-25 range guys, they could tweet it out on Tuesday and no one is sniping the third pick to jump them, so it made no sense to me. Well, this is the National Football League, and some people don’t care about making sense. Taking Clelin Ferrell is a horrible pick, and I don’t care if the Raiders think he was the best player in the draft. It’s an ego pick, and it’s dumb. Maybe your evaluation is that Ferrell is the best player in the draft and you think everyone is way off, so be it. You trade back to 9 and get a little more draft capital. I think Ferrell could’ve been there at 24, and he would’ve been there at 15. If you HAVE to have him, trade to 8 or 9 and pick up a later pick and take the same guy. The principle of this pick is egregious.

Their next two picks are pretty questionable as well. Both are fine players at less valuable positions. I have significant concerns about Jacobs’ career as a runner simply because all we have is basically 10 touches a game for a year in one of the best offenses in the country from a former 3-star recruit. He’s 5’10, 220lbs. He runs a 4.69 40? Heck, that was at his pro day, which means it’s likely worse than that. He tests bad athletically in all facets whether that is strength or speed tests. It’s scary, and that doesn’t even mention the lack of need to take running backs in the first round.

The Giants were just as bad as the Raiders, and I could write 1500 words about how Daniel Jones is horrible, but I’ll hold back to some degree. Jones had similar college completion statistics to Josh Allen, who faced extreme criticism for these numbers. Allen did it with a cannon for an arm and more athleticism and untapped potential. Jones has a weak arm and struggled against elite opponents. Heck, in his last 2 seasons in ACC play, he completed 54% of passes. That’s BAD for a standard ACC QB, nevermind a top draft pick. He was bad in college, and the only way to defend drafting guys that were bad in college is the word “upside.” I’ve never heard a single person mention Jones’s “upside” because he doesn’t have a real upside; he has no great traits, and he WILL NOT be good in the NFL.

The next two picks for the Giants were also reaches, and they were also not the “best on the board” by basically anyone in the industry. This draft was a mess for those two teams, and I don’t even think it’s debatable.

The Redskins had the best draft in the first round. They avoided the smokescreens and traps and were still able to nail Haskins at the 15th pick, someone I have easily in my top 10 and even in my top 5 prospects. Then, they are able to trade up to get Montez Sweat. I will mention teams that traded down in a minute, but this particular trade up situation is fantastic. The Redskins considered Sweat at 15, and I think Sweat is a top 10 player that fell due to an overreaction of a newly found heart condition. This reach back into the first round nailed another elite player for a cheap price, and I think that 90% of Giants fans would trade the Redskins picks at 15 and 26 for the Giants picks at 6 and 17, which says a lot about the value.

Teams that let others make mistakes also saw good fortune. Jacksonville ended with a guy that some believe to be the best player in the draft. Buffalo refused to trade up and eventually landed who they were likely targeting anyways. Detroit also found an elite prospect fall to them at 8 due to a chain reaction. These teams are all smiles right now.

Teams that traded down. The draft is really deep this year, and there are a BUNCH of good receivers, DBs, and linemen left on the board that could easily be better than some day one guys. I think taking advantage of the teams vying for a specific guy is really smart in such a deep class.