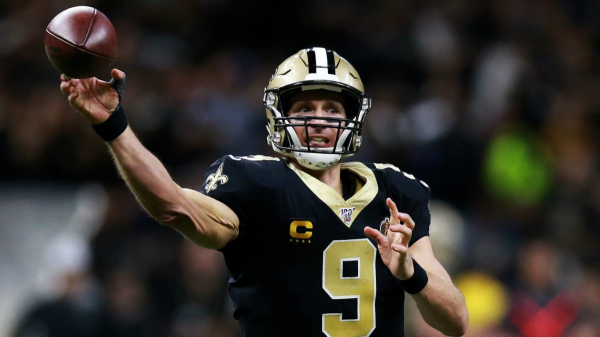 Wild Card Weekend is here, and while seasonal fantasy is behind us, we still have daily fantasy contests to tackle this weekend. Since most sites are all over the place in terms of what they are offering, I want to just give a sneak peek into my favorite plays on each team based on game script and matchup.

This should allow you to play a single-game contest and even multi-day contests.

I don’t love anything from the Bills in particular, but I do like John Brown’s speed against this slow secondary. I expect Devin Singletary to see 20 touches, and he is an elite option where he is well priced and on shorter slates. The Buffalo kicker and defense are nice options on single-game and short slates where they are available.

I do not expect Will Fuller to play, and he is a real re-injury risk if he does play. However, I will be really heavily exposed to Fuller if he does play simply due to his upside on a short slate. It is also nice to have a clear shutdown corner covering DeAndre Hopkins to push more targets to Fuller.

Deshaun Watson has nice rushing upside on a slate without any elite QB options when it comes to upside. Normally, I want to stack more than one guy with my QB, but I don’t think stacking is as necessary on these slates simply because I don’t expect elite upside out of any QB. That being said, a rushing TD from a QB would be huge, and Watson is more than capable of that here.

I will likely be avoiding Tennessee on some of the larger slates because I think that their offense is really concentrated on two offensive weapons that will be heavily targeted. If you want to take Titans, I prefer sprinkling in players like Jonnu Smith, Corey Davis, and Tajae Sharpe at low ownership that only need a few plays to exceed value.

I am a really big fan of Julian Edelman after a few bad games for the Patriots offense, and I expect him to get peppered with targets. If the Patriots do get a lead, I expect Sony Michel to see a lot of work, and I will be heavily exposed to him as well.

In single-game contests, I think that throwing in a lineup loading up on the pass-catchers like James White, Edelman, and Mohamed Sanu with Derrick Henry to account for a game script that has Tennessee leading early.

I really do not have any interest in the Vikings in four-game slates outside of shots on one of their receivers or Irv Smith at a cheap price. The Saints should shadow one receiver with Marshon Lattimore and then bracket cover the other.

This would leave tight ends and a potential WR3 in good spots, but I just haven’t seen the Vikings utilize those positions enough for me to get excited about them.

The Saints are my favorite stack on the slate for obvious reasons. Michael Thomas will be on every single one of my lineups across different sites and slates whenever he is available. Thomas is the most consistent receiver in the league, and Xavier Rhodes has been really bad in shadow coverage this season.

After Thomas, I really do not have anyone else that stands out over the other options, but I don’t mind any of Tre’ Quan Smith, Ted Ginn, Jared Cook, Latavius Murray, Alvin Kamara, and even Taysom Hill in large field GPPs or single-game contests where he is priced well.

I love the Seattle passing game in an elite matchup vs. one of the worst position groups on the slate. The Eagles’ pass defense has been able to hold up at times, but Tyler Lockett and D.K. Metcalf may be the worst matchup in the league for this team.

Lockett and Metcalf are two of the faster receivers in the league, and speed just kills the Eagles every time. I will have a lot of Russell Wilson, Metcalf, and Lockett.

Travis Homer is also undeniable with his 10 carries and five targets in his first real appearance. It is possible that Marshawn Lynch is getting in better shape and getting more comfortable in the offense, but I expect Homer to see a lot of snaps in this game.

The Eagles offense is still incredibly depleted, but they do offer up some value on certain sites. I expect Miles Sanders to play, and I also do expect Zach Ertz to play, but that is much less certain. If Ertz is out, I love Dallas Goedert, and I will be heavily exposed either way.

We saw Robert Davis and Greg Ward play over 80 percent of the snaps in Week 17, and I expect something similar this week. Obviously, Ward is the better play, but I like both at their price and ownership. I expect Davis to be under-owned based on his snap count last week.