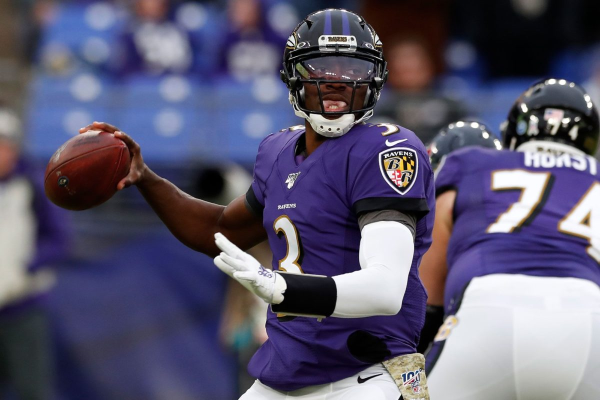 Week 17 of NFL DFS is always quite a doozy, and this year will be no different with a lot of speculation on playing time and motivation. In the AFC, the New England Patriots, Kansas City Chiefs, Houston Texans, Tennessee Titans, Pittsburgh Steelers and Oakland Raiders still have incentive to win.

Now, there are other teams that may still try and other players that may have something to play for, but I would be much more confident in players from those teams specifically because they should only be playing their players more for the win than less.

I do really like Robert Griffin III this week with the Ravens announcing that they will be resting Lamar Jackson in the season finale. Griffin is a better quarterback than most people remember from multiple standpoints, and this is an offense that should suit him extremely well.

The Ravens should just keep their offense in place and let Griffin play the role of Jackson due to their similar skill sets.

Griffin is playing for a future in this game with a lot of teams looking to mimic the Ravens due to their recent success, and a big day in Jackson’s offense may convince teams to take a shot on him in the offseason.

Christian McCaffrey is one of my favorite plays on the entire slate, and you may notice that his team is not listed above. The reason for my love of McCaffrey this week is that the Panthers have been outspoken about wanting to get him the records that he has the potential to break in this game.

McCaffrey needs 67 receiving yards to become the third running back in NFL history to have 1,000 yards rushing and receiving in a single season. He also needs 216 scrimmage yards to break Chris Johnson’s single-season record for total yards on the season.

I expect the Panthers to do everything possible to get McCaffrey these records, and I am a really big fan of 216 total yards. How about you?

Patrick Laird should remain unowned with his poor performances lately, but with an injury to Myles Gaskin last week, I expect Laird to get almost all of the running back snaps for Miami this week. While it’s not a fun play, he projects for elite usage.

My favorite receiver at the top end of the slate is Julio Jones, who has seen elite usage late in the season while the Falcons have not been playing for much for the last several weeks. Jones has seen 35 targets in the last two weeks and now faces off vs. one of the worst secondaries in the NFL.

If you are looking to save money at receiver, I love Steven Sims Jr. at his price on most sites. The Redskins will be without Terry McLaurin, and I expect Sims to play basically every single snap of the game.

Sims has seen 21 targets in the last two weeks, and he was initially on the team as a speedy gadget player/kick returner. Sims has elite explosiveness and elite usage.

I think that I will struggle to make many lineups without Dallas Goedert in them this week for plenty of reasons. Obviously, the Eagles receiving group is incredibly injured, and this now includes Zach Ertz.

Last week, Ertz was in and out of the game due to his injury, and Goedert still saw 12 targets and produced at an elite clip. This week, we will see no Ertz at all, and Goedert should not come off the field. Goedert is an elite receiver at the tight end position and has a great matchup in a must-win game.