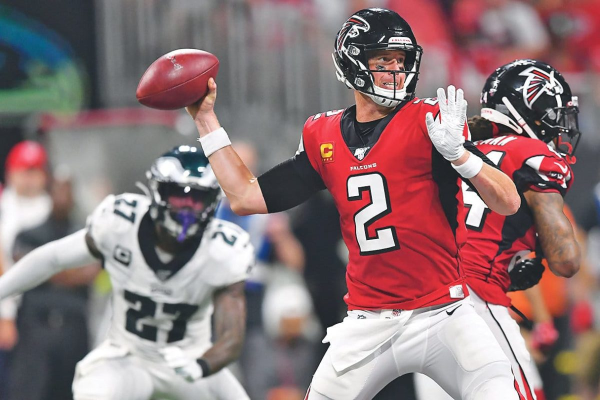 Week 7 of the NFL season is underway, and there is a huge slate of games on the schedule for this weekend. The Atlanta Falcons will host the Los Angeles Rams in one of these games, and this will be a battle of struggling teams. Both the Falcons and Rams have won the NFC in the last few years, but both teams have fallen on hard times this season. There could be plenty of points scored in this game as the Falcons have a terrible defense, and the Rams play extremely fast on offense.

The Atlanta Falcons come into this game with a record of 1-5, and they are one of the worst teams in the NFL. Atlanta won their second game of the season but have lost four straight games since that point.

Los Angeles hasn’t exactly playing much better, as they have lost each of their last three contests. The Rams are now just 3-3 and sit in third place in the NFC West Division. Los Angeles is a three-point road favorite over the Atlanta Falcons in this game.

Falcons Defense Can’t Get Any Stops

The Atlanta Falcons have spent plenty of time and money trying to improve their defense, but nothing seems to be working. Atlanta is giving up 31.0 points per game so far this season, forcing its offense to play catchup too often. The Falcons are getting no pressure on opposing quarterbacks and have recorded just five total sacks this season. Facing a struggling Rams offense could help, but Atlanta has to prove that it can get some stops.

The Los Angeles Rams were one of the best offensive teams in football a season ago, but they have not been able to repeat that success this season. The Rams scored just seven points at home against the San Francisco 49ers a week ago, and quarterback Jared Goff has really been struggling. Goff has still thrown for over 1,700 yards, but he has as many interceptions as he does touchdown passes. Running back Todd Gurley could miss this game due to injury, but he has been largely ineffective this season as well.

The Rams will have Jalen Ramsey in their secondary for this game after acquiring him from the Jacksonville Jaguars this week. Ramsey should help shore up a defense that gave up a whopping 55 points just three weeks ago. Defensive tackle Aaron Donald has just three sacks so far this season, after having more than 20 of them a season ago. The Rams must find a way to get some stops in this game, but they are facing an explosive offense.

Los Angeles Bounces Back With Victory

Both of these teams have really struggled of late, but someone is going to get a much-needed win in this game. Los Angeles still has a chance to turn its season around and reach the playoffs, but that likely isn’t the case for Atlanta. The Rams just made a huge trade to improve their defense, and that should help to inspire the team. Look for the Rams to play a great game in this one and beat up on a struggling Atlanta Falcons team. Bet the Los Angeles Rams -3.0 over the Atlanta Falcons.