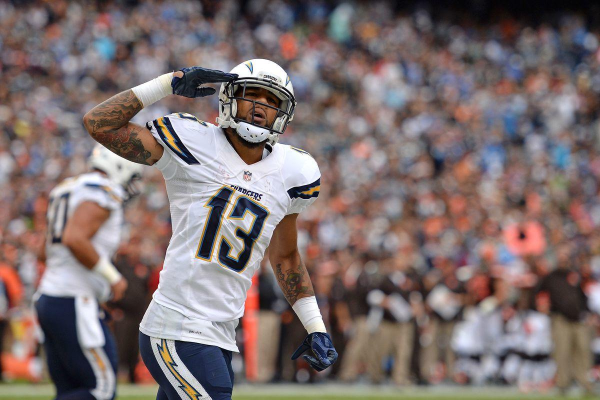 Divisional round matchups continue on Sunday afternoon as the Los Angeles Chargers (12-4 in the regular season) travel to Gillette Stadium to take on the New England Patriots (11-5).  Something has to give in this one as you have one of the best home teams in the Patriots (8-0 this season) versus one of the best road teams in the NFL in the Chargers (8-1 including last week’s wildcard win).  Speaking of the Chargers, who finished the regular season tied with the best record in the AFC but lost the tiebreaker for the division to the Chiefs, they were able to take care of business last week against a stout Baltimore Ravens’ defense with a 23-17 win.  For the Patriots, they enjoyed an extra week of preparation, but came into the postseason having won 2 in a row, including a 38-3 win over the Jets in the regular season finale.  These two teams will lock up on Sunday with kickoff scheduled for 1:05 pm ET.

The point spread for this one comes in with the New England Patriots being 4-point favorites playing at home.  The over/under on total points scored is set at 47.5 points.

Both of these teams were solid during the regular season offensively. For the Patriots, they ranked 5thin the NFL in total yards per game with 393.4.  The Chargers came in at 11th with 372.6 yards. In terms of average points scored, they were neck and neck as the Patriots were 4thwith 27.2 points per game and the Chargers 6th with 26.8.

Regardless, this is a pretty even matchup.  Both teams are solid on both sides of the ball.  The Chargers are a little better against the pass while the Patriots are better against the run.  In the long run, I could see this one coming down to just a few key plays to determine the outcome.

It is no doubt that Gillette Stadium is a really tough place to win if you are the road team.  The Patriots didn’t lose at all this year and haven’t lost a postseason game there for years. Still, Philip Rivers and the Chargers will look to do exactly that.  For Rivers, he had another solid year and is trying to finally find success in the postseason.  On the season, he threw for 4,308 yards with 32 touchdowns versus only 12 interceptions. His leading receiver was Keenan Allen, who finished the season with 1,196 yards and 6 touchdowns.

His other leading receiver is also their best backfield option.  Melvin Gordon had 50 catches for 490 yards and 4 touchdowns through the air.  He also had 885 yards and 10 touchdowns on the ground.  I think that Rivers will be able to get the passing game going early in this one, but Gordon’s attack on the ground will be key for a victory.

Extra Week Of Preparation Could Be Key

Not only is playing on home field an advantage, but any time you give Bill Belichick and Tom Brady extra time to prepare, it could be disastrous for the opposition.  For Brady, he had another great season in what will be a hall of fame career.  He threw for 4,355 yards with 29 touchdowns versus just 11 interceptions.  His two leading receivers were Julian Edelman (74 catches, 850 yards and 6 touchdowns) and James White (87 catches, 751 yards, 7 touchdowns).

Speaking of White, he forms ½ of a backfield tandem with Sony Michel.  This season, Michel rushed for 931 yards and 6 touchdowns while White added 425 rushing yards and 5 touchdowns on the ground.

Take The Chargers And The Points

After the Novak (or Novax?) Djokovic visa saga dominated pre-tournament headlines, we can finally look forward to some on-court headlines as the Australian Open gets underway. Djokovic news has taken the focus off of the tournament, which is certainly understandable. After all, the fate of the world number one and top seed would significantly impact END_OF_DOCUMENT_TOKEN_TO_BE_REPLACED