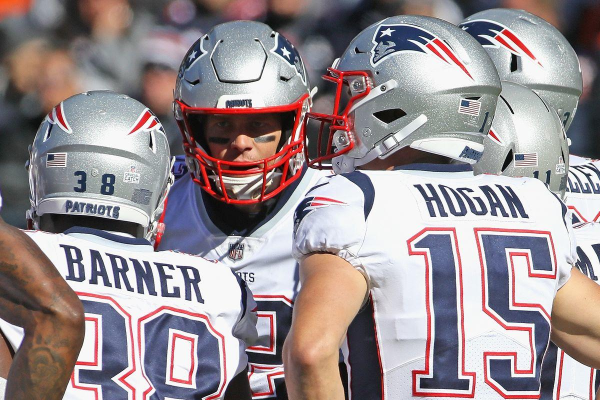 Sunday features a battle of AFC East rivals as the Buffalo Bills (5-9) travel to Gillette Stadium to take on the New England Patriots (9-5). For the Bills, they have won 3 of their last 5 including a 14-13 win over the Detroit Lions last week. Possibly more importantly, especially when you look at the spread in this one, is that even in losses they have kept the games close in their last 4. In fact, their last four games have been decided by a touchdown or less.

For the Patriots, they have been very un-Patriot like as of late. They have lost 2 games in a row, including a 17-10 loss to the Pittsburgh Steelers last week. Speaking of loss, they also lost one of their best wide receivers this last week as Josh Gordon was indefinitely suspended from the league for another substance abuse violation. The two will square off Sunday with kickoff scheduled for 1:00 pm ET.

The point spread for this one comes in with the New England Patriots being heavy 13.5-point favorites. The over/under on total points scored is set at 44 points.

On the defensive side of things, the Buffalo Bills have been pretty good this year. They rank 2nd in the league in average total yards allowed at 292.2 yards per game. For the same stat, the Patriots come in at 23rd (372.7 yards per game). When it comes to average points allowed, though, the Patriots get the slight edge. They rank 13th in the league, allowing an average of 22.1 points while the Bills come in at 18th, allowing 23.8 points per game.

Offensively, it is night and day with these two teams. The Patriots rank 5th in the league in total yards per game (395) while the Bills fall all the way down to 31st (293.4 yards per game). It is more of the same when it comes to average points scored per game as the Patriots rank 7th (26.7) while the Bills rank 31st (15.4 points per game). Needless to say, if the Bills are going to stay in this one, they are going to need a big day from their defense.

Bills Hoping To Get A Big Game From Allen

It would be an understatement to say that the Buffalo Bills have struggled on the offensive side of the ball. Still, there is some optimism with quarterback Josh Allen that he could still be their future franchise quarterback. On the season, he has thrown for 1,633 yards with 6 touchdowns versus 9 interceptions. He also has been sacked 27 times. While those numbers do not do much to inspire, he has shown flashes with his legs as he has rushed for 506 yards and 6 touchdowns on 75 rushes.

Allen’s leading receivers have been Zay Jones (45 catches, 492 yards, 4 touchdowns) and running back LeSean McCoy (29 catches, 210 yards). Speaking of McCoy, it looks like he should be a go for this one after being out last week. McCoy has 479 yards rushing and 2 touchdowns this season. Backup Chris Ivory could also be set to return in this one. He has 340 yards and a touchdown on the season.

While the Patriots may not be as dominant as they have been in years past, anytime that you have Bill Belichick as coach and Tom Brady under center, you have to like their chances. For Brady this season, he has thrown for 3,979 yards, 24 touchdowns versus 9 interceptions and has been sacked just 19 times. He has also rushed for 2 touchdowns this season.

One area that will be interesting for the Pats’ offense is the receiving corps. With Josh Gordon now out, there will be more pressure put on some of the others. The leading receivers for Brady this season have been Rob Gronkowski (45 catches, 658 yards, 3 touchdowns), Julian Edelman (63 catches, 711 yards, 4 touchdowns) and James White (81 catches, 699 yards, 6 touchdowns). Speaking of White, he and Sony Michel have been leading the backfield. Michel has gone for 765 yards and 5 touchdowns on the ground while White has gone for 354 yards and 4 touchdowns.

Especially playing at home, I really like the New England Patriots to win in this contest. But when looking at both recent performances and at the big picture, I have a hard time spotting the Bills almost two touchdowns. I think the Bills’ defense will keep them close and while Josh Allen is no Tom Brady, I think he can have some success against the Patriots’ defense. Again, if betting straight up, I will take the Patriots, but if you are betting the spread, take the Bills at +13.5.