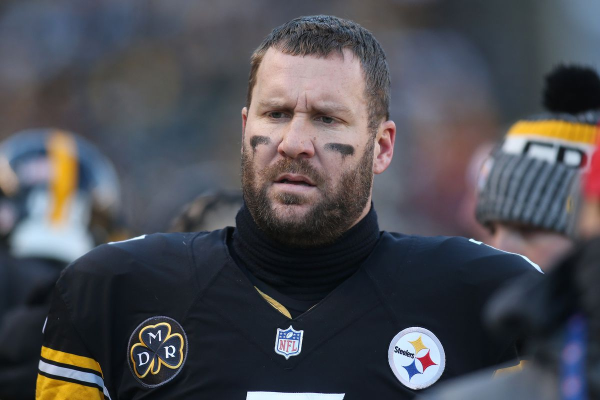 For one team it has been a dream start to the season; for the other, it has been a nightmare. The PittsburghSteelers come into week 3 at 0-1-1, with the tie being against the (former) helpless ClevelandBrowns. If the rough start wasn’t bad enough, their star running back still has yet to show up, prompting them to officially put Le’Veon Bell on the trading block and star wide receiver Antonio Brown has shown signs of being disgruntled. For as bad as it has been for the Steelers, it has been great for the TampaBayBuccaneers.

They are 2-0 coming into week 3 and the offense, with Ryan Fitzpatrick at the helm, has been dominating. The two teams will have the opportunity to meet up Monday night when the Steelers travel to Raymond James Stadium to take on the Buccaneers. Kickoff is scheduled for 8:15 pm ET.

The spread comes in with the Tampa Bay Buccaneers being just slight 1-point favorites, essentially making this a pick’em matchup. The over/under for total points score is at 54.5.

Steelers Offense Has To Focus Without Le’Veon

Anytime you lose a perennial Pro-Bowler like Le’Veon Bell, your offense is going to suffer. In his absence, though, James Conner has performed admirably. In two games, Conner has 152 yards on 39 attempts and 3 touchdowns on the ground.

He has also caught 10 passes for 105 yards. In the receiving core, JuJu Smith-Schuster leads all receivers with 240 yards on 18 catches and a touchdown. AntonioBrown has 160 yards and a touchdown on 18 catches. For Ben Roethlisberger, he has 787 yards with 4 touchdowns and 3 interceptions. Overall, even with Bell gone, the offense has performed pretty well, but the defense is another story.

In two games, they have had trouble stopping the ball both on the ground and in the air. They have allowed 304 yards rushing and 523 yards passing thus far. Throw in the 9 touchdowns and it is no wonder why the Browns were able to put 21 points on them and the Chiefs were able to torch the defense for 42 points. Due to their offense, they are only have a -5 scoring differential despite not having a win, but if they want to stay competitive throughout the season, their defense has to pick it up.

If it wasn’t for the Kansas City Chiefs’ Patrick Mahomes, Ryan Fitzpatrick would be dominating every sports news station across the country. Through two games, he has thrown for a ridiculous 819 yards and a 78.69 completion percentage (48 of 61). Throw in the fact that he is taking care of the ball (1 interception) and has 8 touchdowns and the Buccaneers are proving they are a force to be reckoned with. Their two victories are not against weak teams, either. They opened the season with a 48-40 win against the New Orleans Saints and beat the defending champion Philadelphia Eagles 27-20 in week 2.

Another guy that has had a huge start to the 2018 season is DeSean Jackson. The speedster has lit up the stat lines as on only 9 catches he already has 275 yards (30.56 yard per reception average). He also has 3 touchdowns through 2 games as well.

Like the Steelers, though, their defense has left a little something to be desired. While they have 819 yards of passing as a team, they have allowed 773 yards, as well as 134 yards on the ground. Additionally, they have only had 2 sacks and have allowed 8 touchdowns. Needless to say, with both teams carrying big offenses Mondaynight, and neither one of them playing especially good defense, this is set up to be quite a shootout.

This one is tough for me to pick. Based off of the first two games, you have to like what the Buccaneers are doing right now. It also doesn’t help that the Steelers look to be a little bit on tilt as an organization. Still, I fear that the Ryan Fitzpatrick that we have seen through the first two games is not sustainable, and for a quarterback who has never had this type of success before, he could come crashing down at any time. As a result, when looking at two high-octane offense with little defense, I still have to go with the offense that has shown consistency over years, not just over a couple games. I am taking the Steelers at +1 in this one.