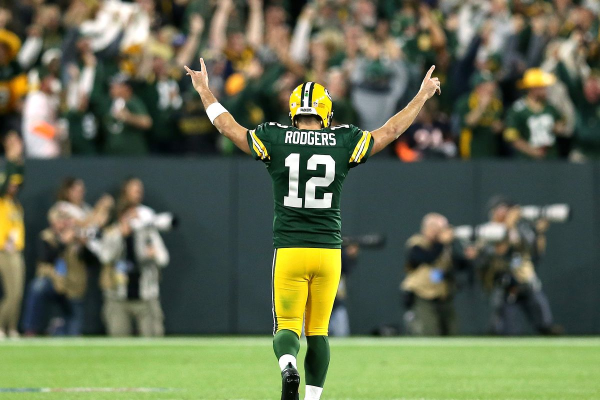 It has been a rather disappointing season for both the San Francisco 49ers and the Green Bay Packers thus far. For San Francisco, they lost their star quarterback, Jimmy Garoppolo, when he tore his ACL in week 3. They also have injuries throughout their team, including being down to their third-string running back, Alfred Morris. Injuries are not foreign to the Green Bay Packers, either.

Aaron Rodgers has been hobbled since the first week of the season, and reports say he suffered a setback last week against the Detroit Lions, likely making him even more immobile for this game. Still, the two will matchup for Monday Night Football this week when the 49ers (1-4) travel to Lambeau Field to take on the Packers (2-2-1). Kickoff is scheduled for 8:15 pm ET.

The spread for this one comes in with the Green Bay Packers being a whopping 9.5-point favorite on the road. The over/under for total points scored sits at 46.5 points.

49ers Hoping Pieced Together Offense Can Find Some Success

Their starting quarterback is out, their starting running back is out, they have offensive linemen who are injured, wide receivers that are hurt and, all in all, they just haven’t been very lucky this year. Still, the show must go on, and the 49ers are hoping that quarterback C.J.Beathard can find some success in this one. On the season, Beathard is 57 of 91 (62.64 completion percentage), with 4 touchdowns and 4 interceptions. Against the ArizonaCardinals last week, he had 349 yards passing with 2 touchdowns and 2 interceptions.

Defensively, the 49ers’ stat leaders have been Antone Exum in interceptions (1), Fred Warner in tackles (35) and DeForest Buckner in sacks (3.5). Even with a hobbled AaronRodgers, the defense is going to have to play well to keep the 49ers in this one.

Ever since spraining his knee in week one against the Chicago Bears, AaronRodgers has been in pain. He has still played and had varying degrees of success, but he has played. After last week’s setback suffered against the Lions, the mobility of Rodgers is really going to come into question. Still, as long as he is out there, the Packers have a good chance just about any Sunday.

On the season, Rodgers has thrown for 1,572 yards, 10 touchdowns and just one interception. His leading receiver at this point is Davante Adams, who is having a nice season having caught 37 passes for 425 yards and 4 touchdowns. On the ground, the Packers have been led by Jamaal Williams (53 carries, 195 yards) and Aaron Jones (24 carries, 147 yards, one touchdown).

Defensively, the Packers have had some struggles to date. In fact, with the exception of the shutout against the Bills, they have given up 23 or more points in every game and have allowed opponents to eclipse the 30-point mark twice (something the Packers’ offense has yet to do). They are giving up an average of 105 yards per game on the ground, something that the 49ers will hope to exploit. The defensive leaders are Blake Martinez (25 tackles, 3 sacks), Kyler Fackrell (3 sacks) and Ha Ha Clinton-Dix (3 interceptions).

I have written and deleted this paragraph a few times so this is not an easy choice to make. Straight up, I think the Packers are a no-brainer in this one. The problem is the 9.5-point spread. That is a lot in the NFL, no matter how bad the opposition is. If the 49ers are able to run the ball effectively, they may be able to keep it close, but overall, there is just not a whole lot going well for the 49ers this year and I think the Packers, even with a hobbled Rodgers, will win by double digits. Take the Green Bay Packers -9.5 over the San Francisco 49ers.

Tonight’s NBA betting schedule is lacking in overly compelling matchups, but tonight’s action will also be taking place with a few notable names missing. Booker, Morant, and Lillard Sidelined Tonight and Beyond Booker Out Versus Pistons Due to Hamstring Injury The Phoenix Suns lost Devin Booker (hamstring) on Tuesday against Golden State but closed out END_OF_DOCUMENT_TOKEN_TO_BE_REPLACED