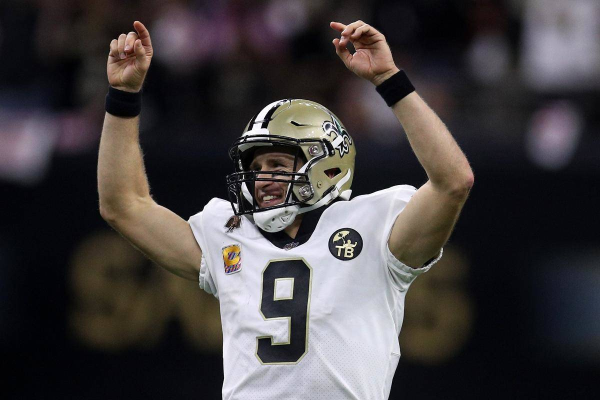 Monday Night Football will feature an NFC South rivalry game as the New Orleans Saints (11-2) will travel to Bank of America Stadium to take on the Carolina Panthers (6-7). For the Saints, they already have the NFC South wrapped up and are looking to challenge the Rams for the number one seed in the NFC. After having won ten games in a row, the Saints have looked a little more human the last two weeks. They lost to the Dallas Cowboys 13-10 two weeks ago and last week had to come from behind to beat the Tampa Bay Buccaneers 28-14.

For the Panthers, after having won 6 of their first 8 games this season, they currently find themselves on a 5-game losing streak. Mathematically, they have not been eliminated from the playoffs, but they would basically have to win out to have a chance, something that their recent play may suggest is harder than it sounds. The two will square off Monday night with kickoff scheduled for 8:15 pm ET.

The point spread comes in with the New Orleans Saints being 6-point favorites despite playing on the road. The over/under on total points scored is set at 50 points.

On both sides of the ball, the Saints are better than the Panthers. Defensively, when looking at total yards given up to opponents, the Saints rank 14th in the NFL, allowing 348.8 yards to opponents on average. For the Panthers, they come in a few spots later at 17th, allowing 352.6. When it comes to points allowed, that disparity grows a little larger. The Saints rank 10th, giving up an average of 21.8 points per game while the Panthers rank 24th, allowing 25.5 points per game.

For most of the season, the Saints have looked like one of the most dominant teams in the NFL and a clear contender for the Super Bowl. Much of that credit goes to both coach Sean Payton and quarterback Drew Brees. For Brees, the future Hall of Famer has thrown for 3,463 yards, 31 touchdowns, and only 4 interceptions. His offensive line has also played well as he has only been sacked 13 times.

Defensively, the stat leaders for the team are Demario Davis (66 tackles), Cameron Jordan (12 sacks) and a trio of players (Marcus Williams, Marshon Lattimore, and Chris Banjo) with 2 interceptions apiece.

After such a strong start to the season, the Panthers have largely been a disappointment as of late. To right the ship, they are going to have to turn to Cam Newton to get the offensive rolling against the Saints. On the season, he has thrown for 3,264 yards, 24 touchdowns versus 12 interceptions. He has also added 473 yards rushing and 4 touchdowns on 96 carries.

For Newton, his best receivers this season have been D.J. Moore (47 catches, 676 yards, 2 touchdowns) and Christian McCaffrey (86 catches, 701 yards, 6 touchdowns). McCaffrey is probably their most dynamic weapon on offense. Not only does he lead the team in receiving, but he also has rushed for 926 yards and 7 touchdowns.

The defensive leaders for the Panthers include Luke Kuechly in tackles (77), Mario Addison in sacks (8) and Donte Jackson in interceptions (4).

Let’s be honest, the Saints have not looked like the dominating force lately that went on a 10-game winning streak through much of the season. Still, they are better than the Panthers in almost every facet of the game, and I think they will come to play. For the Panthers, this is pretty much a win or done situation, but I just don’t think they have the firepower to keep up with Drew Brees and the Saints. Even though they are giving 6 points on the road, I am taking the Saints -6.