Matthew Stafford Trade Odds: Will Stafford Move To A Contender? 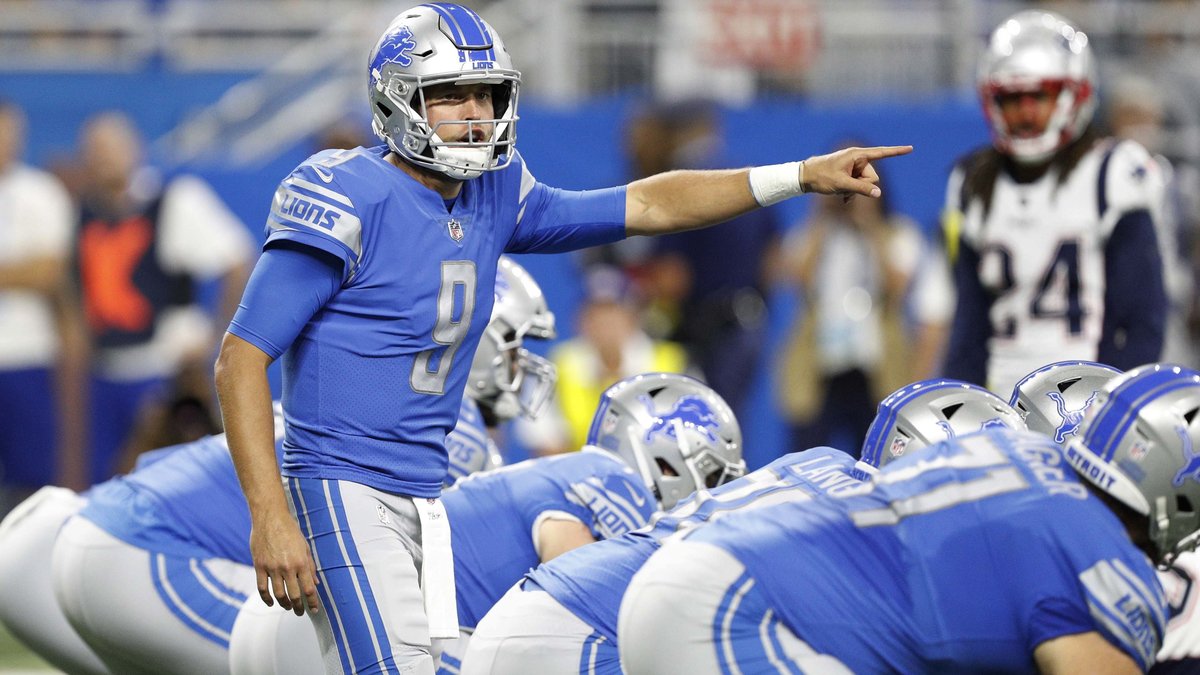 After 12 seasons with the Detroit Lions, a Matthew Stafford trade appears to be in the near future. In what is an amicable parting, the Lions will be looking to ship the former #1 overall pick to a new NFL home this offseason.

In his time with the Lions, Stafford has thrown for 45,109 yards and 282 touchdowns, with 144 interceptions in 165 games. A Stafford trade is a move that makes a lot of sense for both sides. Stafford has a large contract, and the Lions are starting yet another rebuild under new coach Dan Campbell. The 2021 NFL Draft has some depth at quarterback, and the Lions could start this rebuild with one of the draft’s elite signal callers.

As for Stafford, his tenure in Detroit has not seen much success on the team level. The Lions have not made the postseason since 2015, and eight of Stafford’s 12 seasons have been losing seasons. At 32, Stafford is not getting any younger, but based on the sustained success of Tom Brady, Drew Brees, Ben Roethlisberger, Aaron Rodgers, and the recently retired Philip Rivers, Stafford could have several good years left in the tank, and he wants to spend those years on a contender.

Several teams in the hunt for a quarterback to help them contend sooner rather than later, so Stafford is going to be a hot commodity. Fanduel Sportsbook in Colorado is one of the books offering Stafford trade odds. Here’s a look at those odds and how each trade possibility shapes up.

Last offseason, the Colts signed Rivers after the end of his 16-season run with the Chargers. Rivers led the Colts to an 11-5 record and a return to the postseason, so it was a move that worked out well enough. Now, Rivers has called it a career, and the franchise is looking to fill their QB hole again.

There is a chance that the Colts could look within their roster with 2020 fourth-round pick Jacob Eason. But with other pieces to contend in the AFC in place, it would make the most sense for the Colts to pursue a ready-made starter. A Stafford trade would give them the chance to win now and for the next several seasons.

As with the Colts, a Stafford trade makes perfect sense for the Patriots. Their first post-Brady season was a struggle with Cam Newton, who is unlikely to return. New England went 7-9 and failed to make the postseason for the first time since 2008.

With the Bills and Dolphins on the rise in the AFC East, New England has to be aggressive to return to winning ways quickly. As a result, that means that current backup Jarrett Stidham is not likely to get a shot. Also, drafting a quarterback early is unlikely given their needs in other areas. Expect the Patriots to be heavily in the mix for Stafford.

The 49ers handed Jimmy Garoppolo a hefty long-term contract three years ago, and Garoppolo led the franchise to the Super Bowl last season. However, Garoppolo has not been able to stay healthy. He played only three games in 2018, and he was limited to only six games this season. Given that issue, the 49ers could look to cut ties early and move on.

A Stafford trade would mean making another sizable investment in a quarterback, which the 49ers may not want to do. But Stafford has been pretty durable all things considered. In his 12 seasons, he has started 165 of a possible 192 regular-season games.

Could the Dolphins push Tua Tagovailoa aside and make a move for Stafford? The Dolphins finished 10-6 this season and appear to have a bright future. The franchise does seem to have faith in Tua to be the guy, even though he had his struggles as a rookie starter.

However, the Dolphins are being mentioned with Deshaun Watson and could also pursue a Stafford trade. For all the apparent faith in Tua, a trade for an established star could help them maximize their win-now window.

Could Stafford end up in Carolina? Teddy Bridgewater’s comeback from his devastating knee injury is an amazing story. But Stafford would be an upgrade over Bridgewater, and a Stafford trade would lessen Carolina’s potential rebuild time. That said, if Stafford is really looking to win now, the Panthers would seem to be down the list of options. The Jets would also seem to be down the list for the same reason.

How long will Drew Brees take to decide if he will retire or return? His timeline may well take the Saints out of the running for a Stafford trade.

While Washington is not one of the betting favorites, they are one of the most intriguing options. Washington has a stellar defense, but they need to beef up their offense to make the next step. Postseason star Taylor Heinicke may have put himself in position to be their guy, but a Stafford trade could position them to make some real noise next season and beyond.

Could he end up staying in Detroit? There are +500 odds on that occurring. However, it would appear very unlikely at this stage. Stafford seemingly wants to win now, and the Lions are not in position to do that.