Los Angeles Chargers vs Baltimore Ravens Betting Preview: Top AFC Teams to Pile Up the Points in a Thriller in Baltimore 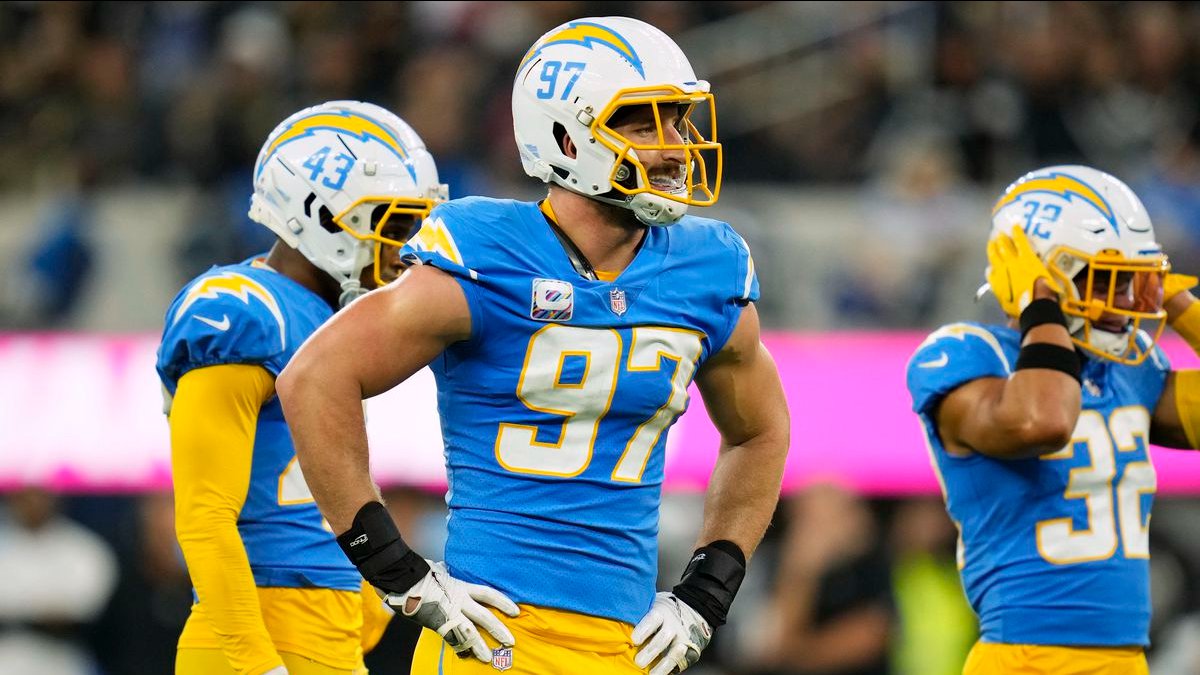 Other than the undefeated Arizona Cardinals you can’t find two teams feeling better about themselves than the Chargers and Ravens. Preseason NFL betting odds viewed the Ravens as a top contender in the AFC, but it looks like the Chargers are now in that group as well.

Baltimore comes into this matchup after an epic Monday night comeback against the Colts. Lamar Jackson was Superman for the Ravens, putting up career-best passing numbers to lead the Ravens back from a 19-point deficit.

The Chargers had an epic of their own last week, outlasting the Browns in a game that saw the two teams combine for almost 90 points. The Browns led twice in the fourth quarter, but the Chargers pulled it out late thanks to Justin Herbert, whose star is rising higher with each performance.

Los Angeles Chargers vs Baltimore Ravens odds are via FanDuel Sportsbook as of Sunday, October 17, 2021 at 6:25 a.m. ET. Want to see NFL betting odds from several top online sportsbooks for every NFL matchup each week? Check out our NFL odds.

The Chargers have definitely made the leap to being a good team, but are they a contender? It was easy to get up for the rival Chiefs a couple of weeks ago, and their win against the Browns last week was impressive. Now they have another test on the road at Baltimore.

Herbert is off to one of the best starts by a QB in NFL history and each week he keeps adding another chapter. He has thrown for 3+ TDs in his last three games, and if he has another strong game, the Chargers can match whatever magic Jackson can conjure up.

The key is not having to match too much magic from the former MVP. Where the Chargers could be in big trouble in this one is against one of the best rushing quarterbacks the NFL has ever seen. The Chargers are last in the league against the run, and they will need to make sure that Jackson doesn’t torch them with both his arm and his legs. Can they do that?

Will Jackson and the Ravens Roll to a Fifth Straight Win?

The league was put on notice last week as Jackson carved up the Colts to deliver the win in an overtime thriller. They have a short week but lots of momentum as they seek a fifth straight win.

Jackson had the best passing numbers of his career and has hit the over on his passing total every week this season. But we have to see more of it before we are all in on him as a passer. Even though Jackson had a monster game through the air, the approach should not change in Baltimore, and relying on Jackson’s ability to run is what makes the Ravens special. Expect to see Jackson do more on the ground against the Chargers than he did against the Colts.

Another big game by Jackson might be needed based on how the Ravens have performed against competent offenses. If they could allow Carson Wentz to throw for 402 yards and complete over 70 percent of his passes, then Herbert should have a field day in Baltimore.

I like the Chargers a lot this week. If both teams play to their strengths on offense I think the Chargers passing attack can do more damage than the Ravens rushing attack. Most likely this game comes down to whoever has the ball last and even though the Ravens are coming off a big win, that might have inflated them for this one. This one is going to get teased a lot but I am not sure we get the full 3 points as a result. This is the game to watch whether you bet it or not.

After scoring 20 and 17 points in their first two games, the Chargers have scored 30, 28, and 47 over the last three weeks. Baltimore’s defense is lighter than their reputation, and the Chargers should have no trouble finding the end zone multiple times today.