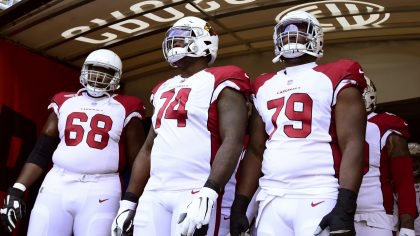 Week 8 of the NFL season kicks off tonight as the two of the top teams in the NFL duel in the desert. Unfortunately it may not be a fair fight.

Green Bay will be without receivers Davante Adams and Allen Lazard for tonight’s game due to COVID protocols. As great as Aaron Rodgers is, he needs somebody to throw the ball too, and he won’t have his top two receivers tonight.

NFL betting odds for this matchup favored the Cardinals even before the Packers started losing players and look even more favorable now. They are the last undefeated team in the NFL, and playing at home against a shorthanded team, they are expected to remain that way for at least another week.

Green Bay Packers vs Arizona Cardinals odds are via FanDuel Sportsbook as of Thursday, October 28, 2021 at 2:35 p.m. ET. Want to see NFL betting odds from several top online sportsbooks for every NFL matchup each week? Check out our NFL odds.

Rodgers will have to find a way to move the ball without his leading receivers, one of who may be the best receiver in the NFL. They are still going to be able to put up some points but will struggle if this becomes a game where the offenses dominate. Green Bay is eighth in the NFL in points allowed, but I would not call their defense fearsome.

The Cardinals are a really good team, but when you have a special season you catch a few breaks along the way (like this one). QB Kyler Murray and the offense get all the attention, but the defense has been impressive too. They are first in the league in points allowed, and only one opponent has scored more than 20 against them. Their average margin of victory is 16 points per game. That feels a little ambitious this week, but this is a complete team. They are 6-1 ATS, and only one of their games has been decided by less than a touchdown.

This line opened much lower, but with the dings to the Green Bay offense, it has grown. I agree with the movement, and as long as you can get this one under seven, there is pretty good NFL betting value. In this standalone game, the Cardinals get a chance to show strength on both sides of the ball. They aren’t my pick to represent the NFC in the Super Bowl just yet, but the idea is growing on me.

I know this might fly in the face of common sense with his top receivers out, but the Rodgers is still going to throw the ball. Not having those guys limits the explosiveness of the offense, but Rodgers is accurate and will move the ball. With the Packers likely playing from behind, they will air it out early and often.