Dolphins Close To Acquiring Clowney, But Does It Matter In Miami for 2019? 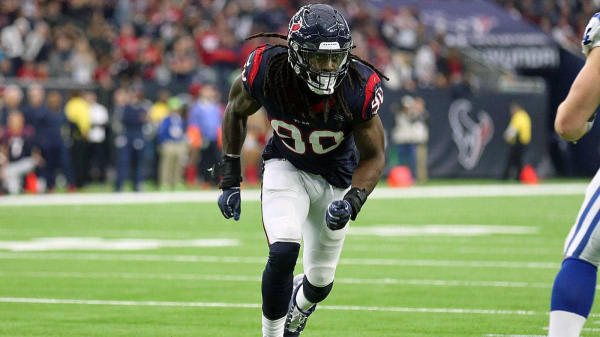 After rumors started to circulate that outside linebacker Jadeveon Clowney is in search of a team, the Miami Dolphins seemed to be the biggest possibility of a landing spot for the Pro Bowl player. Clowney, who is due to make $16 million this year, could be quite the risk for a franchise that is more than one linebacker away from posing a threat in the NFL.

The Miami Dolphins wouldn’t be in a spot to sign Clowney to a long-term deal before the start of the season. With that being said, the acquisition would practically be a rental.

Not only would Miami take on a hefty price tag, but the team would more than likely have to give up draft picks to acquire Clowney from the Texans. Is this really a smart move for a team that is looking to build?

For Miami to give low-round draft picks would be a huge risk. Not only are they giving up the opportunity to sign young talent, but this young talent would come at a much cheaper price than Clowney.

Not The Time Or Place

For a team that went 7-9 last season, the Dolphins are clearly more than one defensive piece away from being a complete team. The Dolphins were the second-lowest scoring team in their division last season. The addition of a defensive player surely isn’t going to help out their offensive attack at all.

Now obviously, it’s hard to turn down a player of Clowney’s caliber, but the outcome is almost certainly not going to be what they’re looking for. Not to mention, with the NFL season being a week away from starting, this would give the linebacker very little time to build any chemistry with the defense.

There’s also been talk of the 26-year-old landing a spot with the Philadelphia Eagles. This would be a much, and I mean MUCH, better place for him to play. The Eagles are already a Super Bowl contender, and this would most definitely put them over the top.

The Eagles already have one of the most complete defenses in the league, and the addition of Clowney would easily make them one of, if not the Super Bowl favorite. With a team full of veterans and a system that fits his playing style more precisely, Philadelphia would be a very reasonable fit for the sixth-year player.

The experience that he could gain from a very skilled defense would present plenty of upside. He would complete a deadly defensive line that is already a nightmare for any quarterback. Clowney had 18.5 sacks over the past two years for Houston, and expect that number to increase if he came to Philadelphia.

A Step Backwards For Miami

Let’s be real; the Dolphins aren’t going anywhere this year. The team’s best bet is to save its money and draft picks. It’s time for them to look ahead at the future and bring in some young talent through the next few years.

Let’s take a look back to 2015, when Miami put itself in a similar situation. The Dolphins signed Ndamukong Suh to an astonishing $114 million-dollar contract, which was the highest of any defensive player at the time. The contract also guaranteed $60 million.

Flash forward to 2018, and the team cut Suh from their roster with nothing to show for the acquisition. You’d hate to see them make the same mistake again and witness a dose of deja vu. As they say, fool them once, shame on you, fool them twice, shame on the Miami Dolphins.