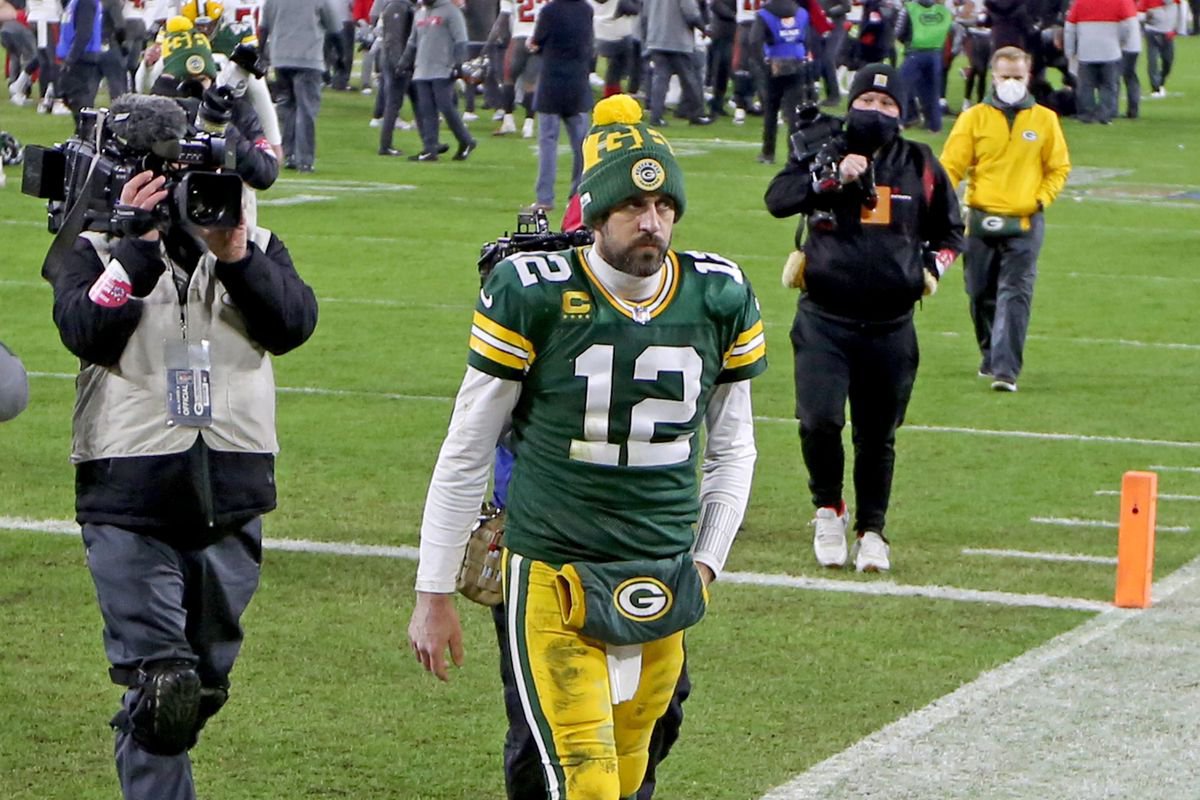 The last game of Week 2 sees two longtime rivals face off as the Green Bay Packers host the Detroit Lions. Both teams enter tonight’s matchup with a loss on their ledger, and NFL betting odds for tonight’s tilt at Lambeau Field have the Packers heavily favored to be the team that ends the night at 1-1.

Detroit was expected to get thumped by San Francisco and did last week, and they were for much of the game until a furious comeback netted bettors a backdoor cover. Green Bay, however, were blown out as a favorite against the New Orleans Saints. An 0-2 start seems unlikely for Green Bay, but if that happens things will get very interesting.

As for the Lions, this looks like another game that they will be out of pretty quickly. A winless season seems very probable.

Detroit Lions vs. Green Bay Packers odds are via FanDuel Sportsbook as of Monday, September 20, 2021 at 9:26 a.m. ET. Want to see betting odds from several top online sportsbooks for the day’s other NFL matchups? Check out our NFL odds.

The Lions made things interesting at the end against the 49ers but could get no further than San Francisco’s 24 in an attempt to find a game-tying score.

Jared Goff can be a competent NFL QB, but he does not have much to work with in Detroit. Playing on the road it is hard to think he and the offense will have a much better time than they did against San Francisco at home last week.

The defense made it pretty easy for Jimmy Garoppolo and the 49ers' offense last Sunday. That is going to be an ongoing theme for the rest of the season as they do not have the personnel on that side of the ball. Unless they can create turnovers it is hard to imagine them having any more success than they did last week.

After the offseason they had, the Packers were hoping for a performance that enabled them to move on. Instead they were terrible in the opener. It was a complete disaster as they lost 38-3 to New Orleans.

The team was not effective in any facet of the game but the lack of offense really stood out after all of the Aaron Rodgers drama from the summer. Quite simply, he had one of the worst games of his career. Whether that is linked to his “drama” or not it is hard to say, but all the experts are saying how could it not be? At the same time, there is every reason to believe he and the entire offense can and will be better this week. This is still an elite group.

The defense does not draw the attention that Rodgers and the offense does, but they were not much better. New Orleans was able to run the ball and Jameis Winston had one of the most efficient games of his NFL career in leading the Saints to victory. It was a perfect storm of the Packers' offense putting the defense in bad spots and them not being able to bail themselves out. Facing Detroit should be a lot different.

I hate this chalky play, but it is way too early to assume that things are so bad in Green Bay that they can’t beat up the Lions at home. Maybe Rodgers is mailing it in, who knows? But the Lions do not offer much resistance, and the Green Bay offense is going to be fired up after being embarrassed. I think the Packers can get a two-touchdown working lead in the first half and cruise from there. This is not going to be a must-watch. Tonight might be a night to follow this elsewhere and watch baseball, like the Jays vs Rays.

The Lions are going to be down almost all game and that should mean Jared Goff has lots of opportunities to throw the ball. Hockenson is a big athletic target who should have no trouble getting open, and once the Packers are in the lead they will be comfortable letting him pick up yards on underneath throws. He can have a big day even in a loss. Against the 49ers in Week 1, he had eight catches for 97 yards and a score.

The 2022 Formula 1 season is only six races deep, but the race for this season’s championship alerady appears to be down to just two drivers. Last season, Red Bull driver Max Verstappen claimed his first Formula 1 World Drivers’ Championship in highly controversial circumstances, with Lewis Hamilton denied what would have been a record-breaking END_OF_DOCUMENT_TOKEN_TO_BE_REPLACED