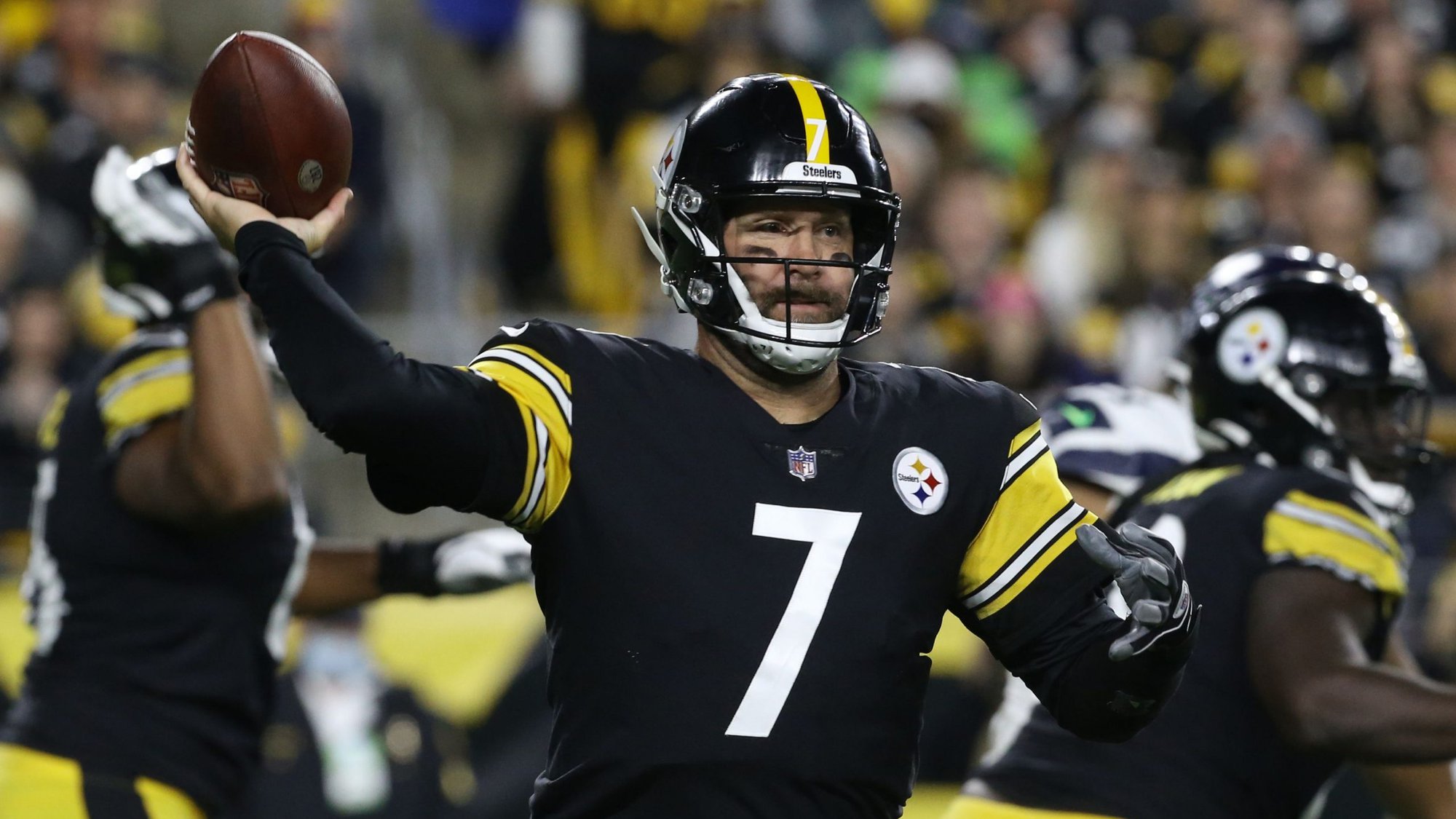 After an eventful Sunday, only three NFL playoff spots remain up for grabs. Two of those spots are in the AFC, and the Pittsburgh Steelers still have real hope of snagging one of them. But to keep their postseason hopes alive going into Week 18, they need to get past the Cleveland Browns tonight first.

The Steelers have had quite the up-and-down season, but they could still end up in the playoffs in what looks likely to be Ben Roethlisberger’s last hurrah.

The Browns were pegged as a potential Super Bowl contender entering the season, but they go into this matchup already officially eliminated from the playoff race. But they do have a chance to spoil Big Ben’s last game at Heinz Field, having already soured what will be his final playoff game if the Steelers are unable to make the field this season.

Only Pride Remains for Browns After Playoff Elimination

As for the Browns, a sorry season in Cleveland officially became a lost season on Christmas Day with a 24-22 loss to the Green Bay Packers.

The Browns put themselves in an early hole in a mistake-filled first half in Green Bay. Baker Mayfield, making his return from the COVID list, threw three-first half interceptions. But after trailing 24-12 at the half, the Browns held the Packers scoreless in the second half and mounted a rally. In the final minute, they were in Green Bay territory with a chance to win, but Mayfield’s fourth pick ended their hopes for the evening and the season.

At this point, there shouldn’t be anyone who thinks that Odell Beckham Jr.’s presence was derailing the Browns. Yes, the Browns have dealt with both injuries and COVID concerns throughout the season. Running back D’Ernest Johnson is the only skill-position player to not miss a game this season, while Myles Garrett, Malik Jackson, and LB Elijah Lee are the only defensive players to play every game.

But most teams around the league have dealt with notable issues of some sort, especially on the COVID front. And the Browns have just not been good enough. Mayfield has been disappointing, and the defense has failed to get necessary stops in key situations several times.

With the playoffs out of the question for the Browns, you do have to wonder about how they will handle this game. But it is reasonable to expect that Cleveland will not fold and let Big Ben have a winning home finale without any resistance.

Given how they have played over the second half of the season, the Steelers should consider themselves fortunate to still be in the playoff picture.

After a four-game win streak, which included a win in Cleveland, the Steelers were 5-3 and very much controlled their destiny. But they have won only twice in seven games, and very little of it has been pretty, including their wins over the Ravens and Titans.

Last week, the Steelers went to Kansas City and were blown away by the Chiefs in a 36-10 rout. When a team punts only twice all game, you would think that they would have scored more. But the Steelers committed three turnovers, had a missed field goal, and turned it over on downs in their own territory.

And though Patrick Mahomes was without Travis Kelce and Tyreek Hill, he still carved up the Steelers. The Chiefs scored on their first four possessions, all but securing the win by halftime. When you have scored 24+ points only four times, a 23-0 first-half hole will be tough to overcome.

Where do you start with Pittsburgh? All will be forgiven if they beat Cleveland and Baltimore and somehow land in the postseason, of course. But does anyone see this team making a run if that happens?

When the Steelers are stingy defensively, they win. Of the six games in which they have allowed 20 or fewer points, the only non-win was their Week 10 tie against the Lions. And when they hit the 20-point mark, they typically win. They have scored 20+ points seven times and are 5-2 in those games.

But therein lies the problem. Things have not clicked frequently enough either on offense or defense, and they have seldom clicked at the same time.

Yes, both teams have struggled for form offensively all season, and their previous meeting this season was a 15-10 Steelers win.

But with nothing to play for and a fuller roster than they have been dealing with over in recent weeks, the Browns should put in a better performance than we have seen recently. The end of the Green Bay game was a downer, but the second half did provide some positives for Mayfield to build on this week and beyond.

Pittsburgh Steelers in Primetime This Season

Based on how much drama–and scoring–their other primetime games have featured, it’s only reasonable to be optimistic that Big Ben’s likely final home game will follow the same script.

The 2022 Formula 1 season is only six races deep, but the race for this season’s championship alerady appears to be down to just two drivers. Last season, Red Bull driver Max Verstappen claimed his first Formula 1 World Drivers’ Championship in highly controversial circumstances, with Lewis Hamilton denied what would have been a record-breaking END_OF_DOCUMENT_TOKEN_TO_BE_REPLACED