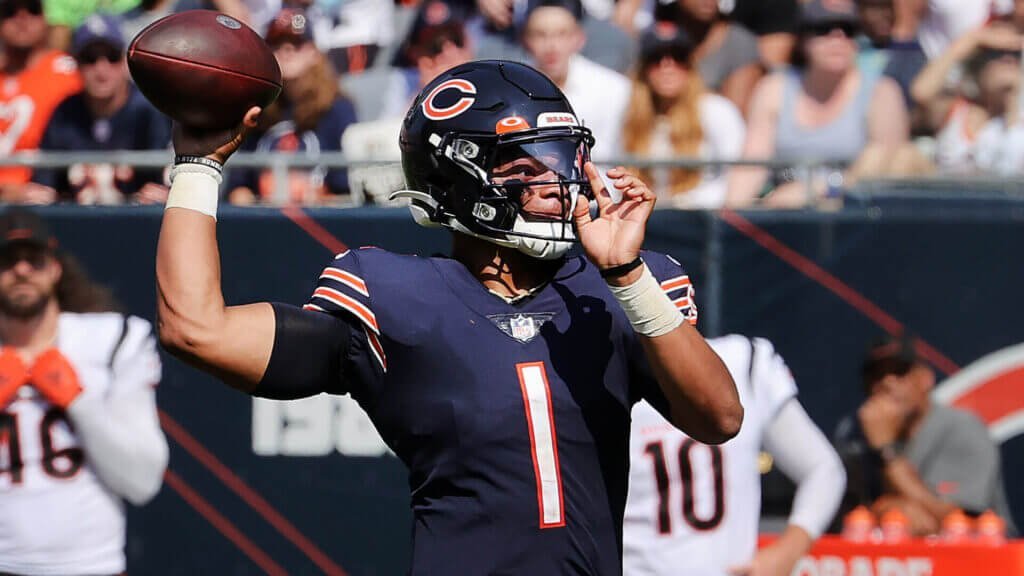 As much hope and hype as there is around the Cleveland Browns this season, this week they are not going to be the chief storyline as they look to pick up a second straight home win. No, that will be the first NFL start for Justin Fields, as the former Ohio State star is back in Ohio as the Browns host his Chicago Bears. Unsurprisingly, NFL betting odds view the Browns as a strong favorite, but the Bears will be hoping Fields can steer them to an upset.

That said, the Browns are not going to make it easy for him, and their ground-based attack means he might not have much time with the ball anyway.

Chicago Bears vs Cleveland Browns odds are via FanDuel Sportsbook as of Sunday, September 26, 2021 at 2:30 a.m. ET. Want to see NFL betting odds from several top online sportsbooks for the week’s other NFL matchups? Check out our NFL odds.

The Bears come in 1-1 after last week’s win over Cincinnati. Avoiding an 0-2 start was big, but losing Andy Dalton to injury and forcing the first start of Justin Fields is even bigger.

Whether Fields is ready or not remains to be seen, but his ascension definitely opens the playbook. He has a stronger arm and is more mobile than Dalton. His complement of skill players might be underrated. They can open things up more now.

Over the first two games, the Bears have posted solid defensive numbers. They gave up a bunch of points to the Rams in their opener but rebounded nicely against Cincinnati. They have been able to create turnovers and get to the quarterback enough to make you think this can be a solid defense. If the offense comes along they might be good enough to compete for a postseason berth.

Browns Begin to Separate With This One

Cleveland’s preseason hype took a ding when they squandered a lead against the Chiefs in Week 1. They might not be as good as Kansas City, but the Browns could have a good argument as the next team in line.

Last week the Browns beat Houston by ten in a game that was closer when Tyrod Taylor was still in. Still, the Browns played the way they want to, using a methodical offense to churn the clock and score points. Receiver Jarvis Landry is out but Odell Beckham Jr. is expected to see his first action of the season. This just got interesting.

On defense, the Browns are built to play complementary football with a ball-control offense, and we should see that in play today. They might take a few more chances to fluster Fields, but they don’t have to.

The Browns are the better team and are at home. Not having Landry limits them a little bit but at the same time, it gives them a chance to keep OBJ happy. I see no reason why the Browns are not going to have an efficient game on offense. As for the Bears, Fields might be a fantasy star in his starting debut, but a mistake or two will cost them just enough to lose the game. The backdoor will be in play, but Cleveland’s ability to grind out games comes through.

The Bears are going to run Fields. We will have to see how much and where, but he had ten rushing attempts against the Bengals. When they get into the red zone, Fields will be a significant threat to score.