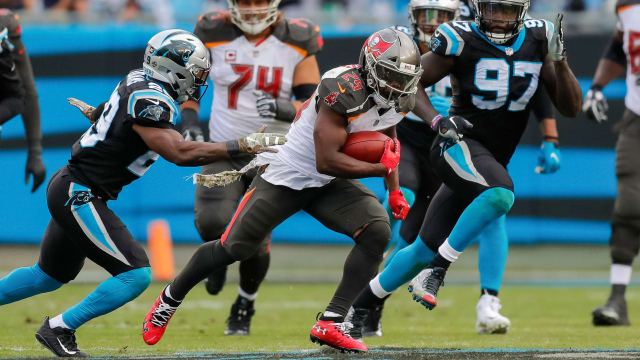 The Carolina Panthers and the Tampa Bay Buccaneers both took losses last week. Neither was a shock as both were underdogs and apparently not even the great Tom Brady can turn around the fortunes of a franchise overnight. Meanwhile, Matt Rhule is going to need some time to get things going in the right direction for Carolina.

Heading into week two there is much more desperation on the Tampa side. Unlike Carolina, they fancy themselves a playoff team and starting the season with two losses could be catastrophic. They are significant favorites for this game and home and deservedly so. The question is whether the hype has died down enough to create some value.

CB Donte Jackson – Questionable – Their depth in the secondary could be a problem.

WR Chris Godwin – Out – Broke out last year next to Evans.

WR Mike Evans – Probable – They are going to lean on him even more this week, if they can.

Both of these teams lost SU and ATS in their opener. For Carolina, they were actually more competitive than I expected. I faded them against the Raiders but the offense was effective and they were back and forth in that game. For Tampa, they did not get much of a bump from Brady who threw a pick six that pretty much swung the game. That is what Jameis Winston used to do all the time.

Given what we saw last week, and the fact that Godwin is out I am surprised that Tampa is such a heavy favorite this week. Tampa still has good talent on offense but Godwin is important to that group and it is not like they lit up New Orleans last week. Maybe there is a familiarity thing there that helps the Saints keep them in check while Carolina is running a new program and won’t have that. Other than Christian McCaffery at running back there are not a lot of familiar faces, and the staff is brand new.

However, if you think Matt Rhule is going to be a good coach then with every week the team should be getting more and more together. I do, and I also think they can lean on the run game to shorten up the game a little. Teddy Bridgewater is unlikely to make a critical mistake either so the Bucs are going to have to beat the Panthers. They should, but I think this one stays within a touchdown.

I know Carolina was better than expected last week, but that was at home. This is the first road test of the new regime, and there are so many travel considerations due to COVID-19 that I am just not seeing them being so sharp in their schemes, and play, that they win the game outright. I can never go heavy on a favorite like this but Tampa is the side, if you are comfortable with low payouts. Just not seeing an upset here.

This is an interesting total. Basically it is calling a 28-20 game in favor of Tampa even tough last week both teams surrendered 34 points, and both of their games went over the total with relative ease. We only have one week of NFL wide data but in most cases last week it seemed that tackling was not all that crisp. The strengths of both of these teams, even accounting for injuries, are the offenses so there will be plays that can be made. Also, since we are early in the season teams are still trying to get reps for their key guys, so unless this one is drastically out of hand you might still see Brady in there if the Bucs are up 31-10 or something.