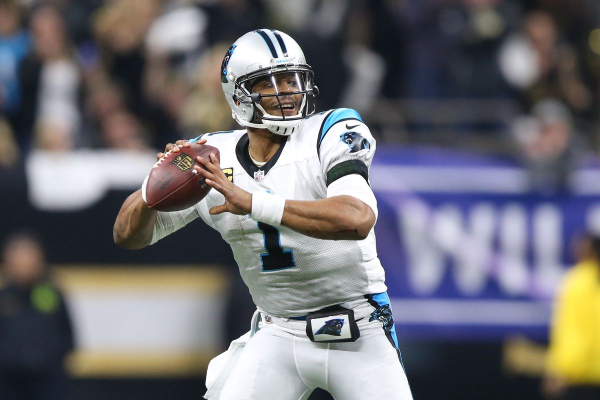 The Carolina Panthers got off to a terrific start in 2018, but things fell apart in a hurry. The Panthers will be looking to turn things around in a big way this season, and it appears that they have the roster to do it.

Carolina has a pair of talented players in Cam Newton and Christian McCaffery, and they should be able to run over opponents again this season. If the Panthers are going to improve in 2019, then they must find a way to make improvements on the defensive side of the ball.

The Carolina Panthers were 6-2 through their first eight games in 2018 but ended the season with a record of 7-9. The Panthers finished in third place in the NFC South, and have the third-best odds to win the division this season as well. Carolina went 7-9 against the spread a season ago as well and will look to improve upon that record this season.

One of the biggest moves that the Panthers made this offseason was switching from a 4-3 defense to a 3-4. Head coach Ron Rivera will be calling all of the defensive plays this season, after a brutal season on defense in 2018. The Panthers didn’t have a ton of holes on this roster, but they have added some talented pieces on both sides of the ball.

Cam Newton: Cam Newton appears to be fully healthy heading into the 2019 season, and that should make the Panthers offense much better this season. Newton threw for 3,395 yards in 2018 and ran for another 488 yards, and can beat teams in a variety of ways. If Newton can stay healthy, then the Panthers’ offense should be much improved.

Christian McCaffrey: McCaffrey has established himself as one of the best offensive players in the NFL, and accounted for more than 1,900 yards and 13 touchdowns a season ago. McCaffrey is the top receiving target for Newton and is an extremely talented runner.

Luke Kuechly: Kuechly led the Panthers with 130 tackles a season ago and was named to the Pro Bowl. Kuechly will take on an even bigger role in a new defensive scheme this season, but he should be up to the task.

Rookie Class: Brian Burns and Christian Miller were drafted by the Carolina Panthers in the 2019 draft as edge rushers and could be a significant boost on defense. The Panthers also brought in quarterback Will Grier, and he could see some time if Cam Newton suffers an injury.