Baltimore Ravens vs. Buffalo Bills Preview: Which Young QB Will Come Out On Top in Buffalo? 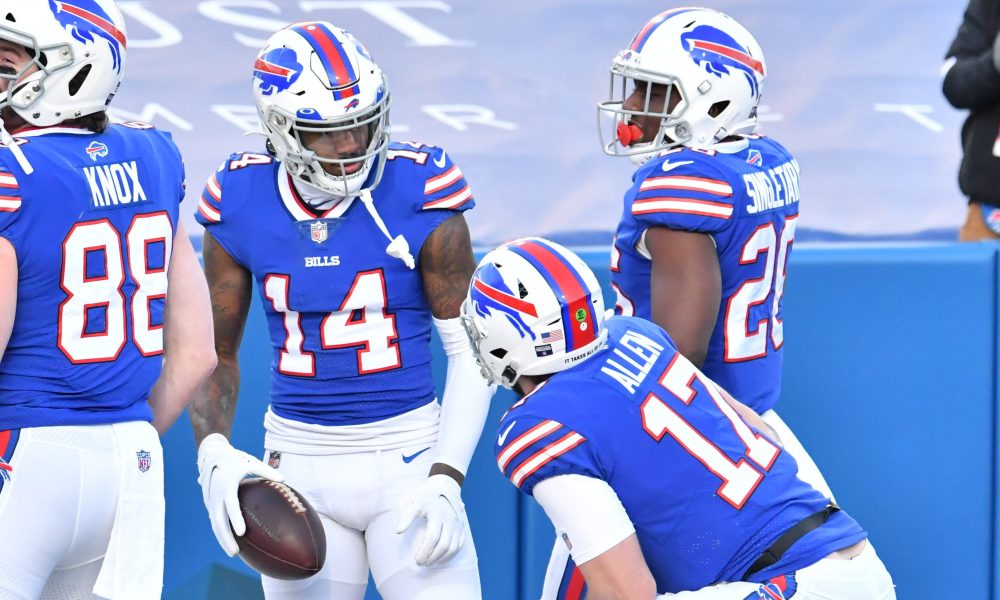 While Tom Brady, Drew Brees, and Aaron Rodgers are all chasing a championship on the NFC side, the AFC side of the NFL playoff bracket features a quartet of quarterbacks 25 or younger. Last weekend, Lamar Jackson and Josh Allen, both 24 and in their third NFL season, each earned their first playoff win. This weekend, their teams face off with a place in the AFC Championship game at stake. AFC #2 seed Buffalo hosts #5 seed Baltimore in a Divisional Round matchup that will kick off at 8:15 pm ET Saturday on NBC.

The AFC East champion Bills are a slight NFL betting favorite at home, as Fanduel sees them as a 2.5-point favorite, with the total currently sitting at 50.5. The Ravens already notched one road win over higher-seeded opposition, knocking off the Tennessee Titans on Super Wild Card Weekend. Can they pick up another one in Buffalo and bring the Bills’ fantastic season to an end?

With a handful of games left, the playoffs were in doubt for Baltimore. But since then, the light has come on, and the Ravens are looking more like the team that was 14-2 last season.

Last week at Tennessee, they were down 10-0 early but shut down the Titans from there in a 20-13 win. It was all about the run on both sides of the ball. Offensively, the Ravens ran for 236 yards and two touchdowns on 35 attempts. Defensively, they held Derrick Henry, fresh off of finishing a 2,000-yard season, to a season-low 40 yards on 18 carries.

Jackson has had his ups and downs this season, but he has made a timely return to MVP form. Against the Titans, he recorded a season-high 136 rushing yards and 314 total yards. That was only the third time he amassed 300+ total yards in a game this season. Last season, he hit the mark eight times, including the Divisional Round upset against the Titans.

The Ravens were better on the road in the regular season, going 6-2 on the road and 5-3 at home. Their best wins have been on the road as well, against Indianapolis, Cleveland, and then Tennessee last week. So potentially having to be on the road for the entire postseason might actually work out better.

As has been the case much of the season, the passing game led the way for the Bills. Allen was 26 of 35 for 324 yards and two touchdowns, while Stefon Diggs, the league’s leader in receptions and receiving yards, caught six passes for 128 yards and a score.

Running the ball has not been a priority, but they did suffer a blow against the Colts as Zack Moss went down with a season-ending ankle injury. To replace Moss, the veteran back Devonta Freeman has been signed. Freeman, a two-time Pro Bowler, played in only five games with the New York Giants this season. But his experience could prove to be valuable, even if he does not get many touches.

The Bills were outgained 472-397 by the Colts, but a missed field goal and two key defensive stops made all the difference. Late in the second quarter, Indianapolis led 10-7 and were knocking on the door of a 17-7 lead. But they failed to get in from the 1 and were stopped on fourth down. In response, the Bills drove 96 yards in only 1:32 to go up 14-10 with 14 seconds left in the first half, and they did not relinquish the lead from there. Then on the final drive, the Colts moved the ball into Bills territory but could get no further than the 45.

One big area of concern for Buffalo going into this week is their run defense. The Bills allowed 163 rushing yards on 30 attempts against the Colts, the fifth time this season that they have allowed 150 or more rushing yards in a game.

Baltimore team total over 24.5 (-108):The Bills allowed 24 points last week, but it would have been more had the Colts executed better. The Ravens might not be so accommodating. It’s no knock on Rodrigo Blankenship, who is a fine young kicker, but the Ravens have one of the best of the best in Justin Tucker.

The Bills have had an excellent season, and with Allen’s best years still ahead of him, there is a lot of success ahead for the franchise. However, their postseason journey will come to an end on Saturday. The Ravens have just the personnel to take full advantage of Buffalo’s run defense and dominate the clock. Their defense is also capable of minimizing the damage that Allen and the BIlls can do aerially.