Jaguars vs. Colts Preview: Can the Colts Clinch a Playoff Spot? 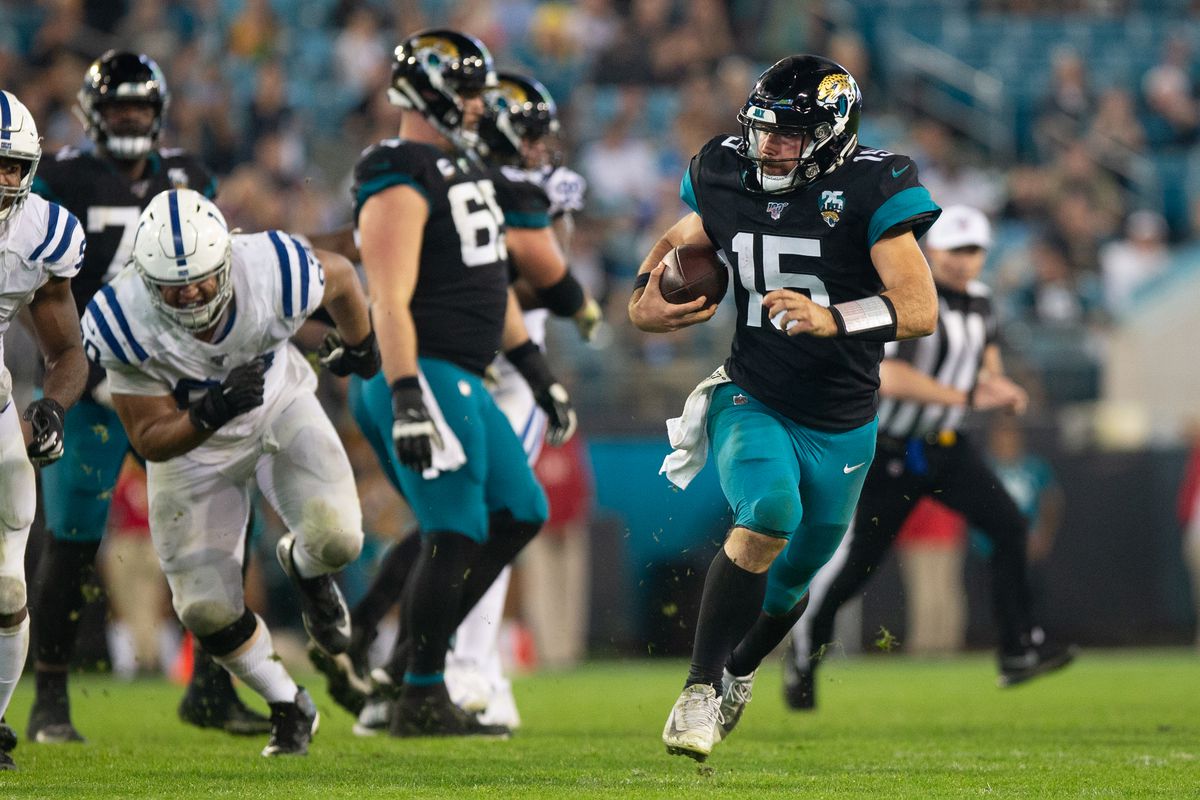 Going into Week 17 of the NFL regular season, no team may have as much of a gap between their potential fortunes as the Indianapolis Colts. The 10-5 Colts are tied for the AFC South lead with the Tennessee Titans, but they currently sit in the 8th spot in the AFC and on the outside looking in due for the playoffs. The Colts lose out on the divisional tiebreaker with the Titans, and fellow 10-5 teams Miami (superior winning percentage in conference games), Baltimore (won head-to-head in Week 9), and Cleveland (won head-to-head in Week 5) are beating them out for the fifth, sixth, and seventh seeds thanks to tiebreakers.

So even a win over the 1-14 Jacksonville Jaguars, who have nothing to play for with the #1 pick in the 2021 NFL Draft already secured, is not guaranteed to get Indianapolis into the playoffs. At the same time, they could end up AFC South champions and the fourth seed. However it pans out, there is a lot at stake when Indianapolis and Jacksonville kick off at 4:25 pm ET on CBS, and there is sure to be some overt scoreboard watching with Tennessee’s game at Houston kicking off at the same time.

Indianapolis is favored by two touchdowns against the Jaguars, while the total for the game is set at 50. So the odds are heavily on the Colts to do their part to nail down a place in the postseason. But will they get the help that they need to get in?

Just a few seasons removed from playing for the AFC Championship, the Jaguars head into their season finale at 1-14. There has not been much at all to celebrate on the field since that 2017 season, as the Jaguars are 12-35 over the last three seasons. Their only win this season came in Week 1, a 27-20 home victory over this week’s opposition. On the bright side, their current 14-game losing streak, combined with the Jets deciding that winning a couple of games in a row is not all that bad, means that Jacksonville will likely be home to Clemson’s Trevor Lawrence for at least the next few years, as he is widely projected to be the choice at #1.

Jacksonville has had three different starting quarterbacks this season in Gardner Minshew, Jake Luton, and Mike Glennon. Minshew, who has played nine games and started eight, has put up the best numbers, but Glennon (62%, 811 yards, 5 TD, 5 INT in five games) started last week and is likely to start the finale. If there is a bright spot offensively for the Jaguars, it is undrafted rookie running back James Robinson, who has run for 1,070 yards and seven touchdowns and caught 49 passes for 344 yards and three touchdowns. Rookie receiver Laviska Shenault, Jr. has also had a solid rookie campaign, catching 52 passes for 532 yards and three touchdowns.

Defensively, the Jaguars rank last in the NFL in yards allowed per game (416.4) and 31st in points allowed per game (30.9). They have allowed at least 27 points in all but two games, the win over the Colts and a 24-20 loss at Green Bay in Week 10. Linebacker Joe Schobert, who came over from Cleveland in free agency this year, has 132 tackles, 9.5 tackles for loss, 2.5 sacks, and three interceptions this season, while Myles Jack has 113 tackles in 13 games.

It has been a nice bounce-back season for the Colts, who went 7-9 last season. But that improvement will be meaningless if the end result is not a place in the postseason.

Last Sunday at Pittsburgh, Indianapolis had every chance to minimize the drama that awaits this week. Through the better part of three quarters, they dominated proceedings and looked well on the way to handing the Steelers their fourth straight loss. But then Pittsburgh woke up and overcame a 24-7 deficit by scoring three touchdowns over the course of ten minutes, then stopped Indianapolis on their last two drives to close out a 28-24 win and leave Colts fans on edge for one more week.

That said, the last several weeks have seen more efficient performances from Phillip Rivers at quarterback and more production from rookie running back Johnathan Taylor. Rivers threw a costly interception late against the Steelers, but over the last seven games, Rivers has thrown 13 touchdown passes and only three interceptions after throwing ten touchdown passes and seven interceptions in his first eight games. Meanwhile, Taylor has run for 488 yards and five touchdowns on an average of 5.5 yards per carry after rushing for 428 yards and four touchdowns on an average of 3.8 yards per carry in his first nine games.

For the Colts, linebacker Darius Leonard has notched his third straight 100-tackle season to start his pro career, as he has recorded 122 tackles and 8.5 tackles for loss this season. Fourth-year cornerback Kenny Moore II is having a productive season, with 72 tackles and a team-leading four interceptions, including one that he returned for a touchdown. Defensive lineman DeForest Buckner signed with the Colts in the offseason after four seasons with San Francisco, and he has been an impact player in his first season in Indianapolis, recording 54 tackles, 11.5 tackles for loss, and 7.5 sacks.

There is certainly a possibility that the Jaguars could put in a good effort to try to play spoiler, now that they have already secured the #1 pick. However, after letting a golden opportunity and a big lead slip away from them last week, the Colts will not take their foot off of the gas against Jacksonville. It may or may not be enough to propel them to the playoffs, but they will do their part and easily see of the Jaguars. 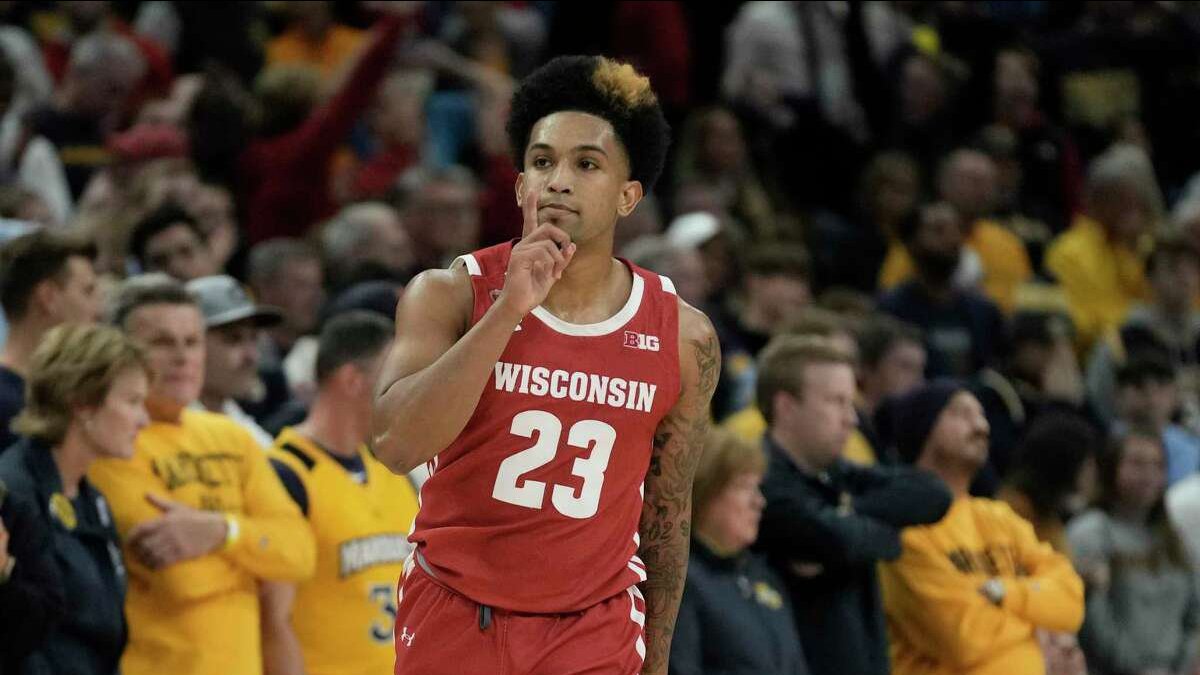 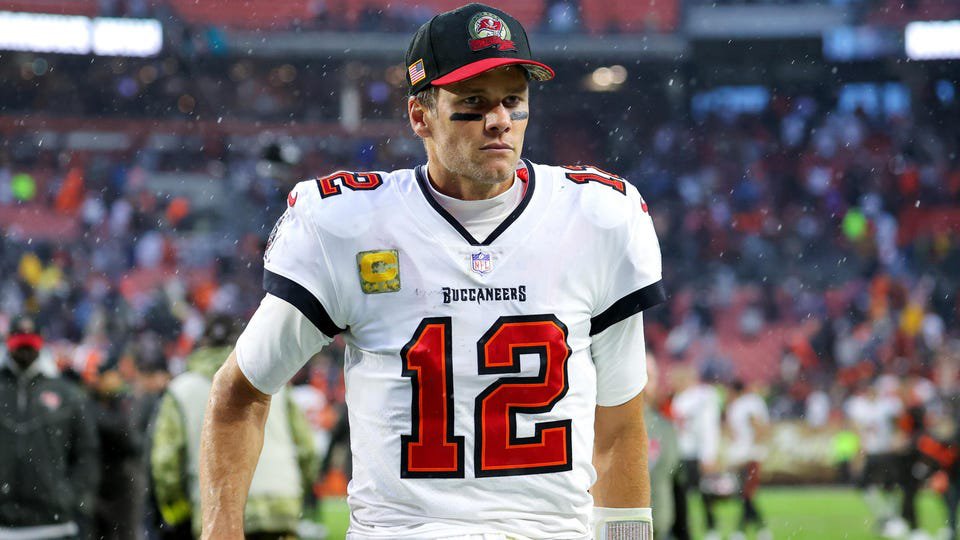 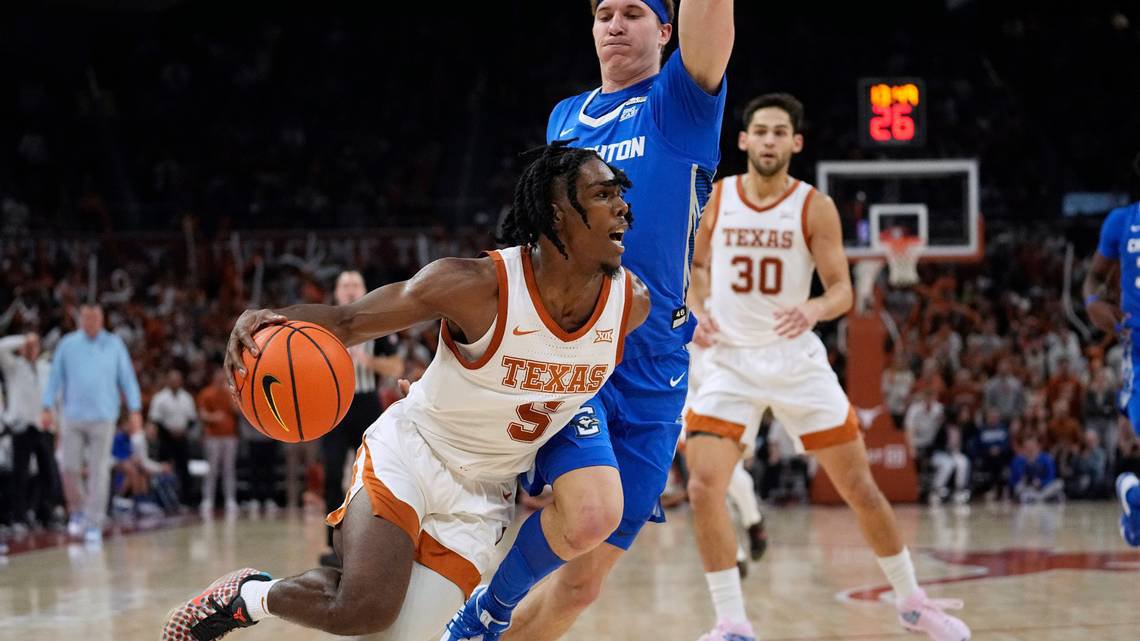 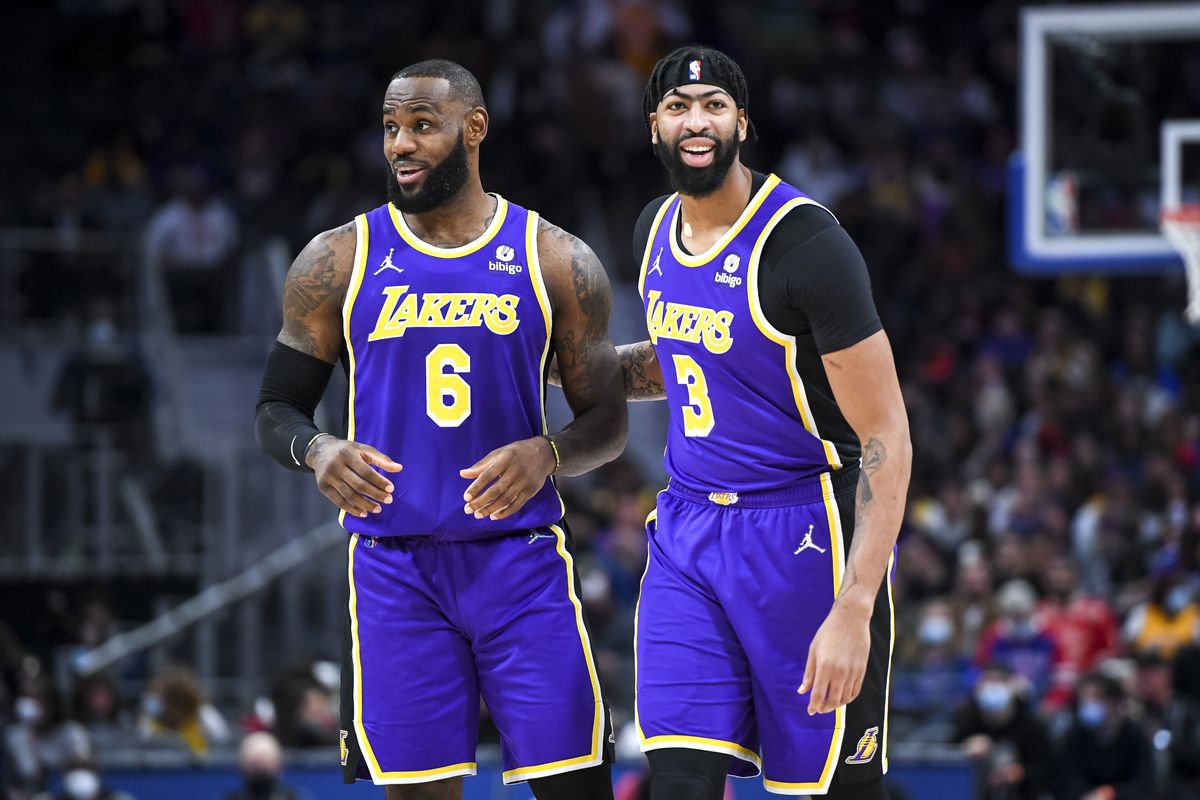 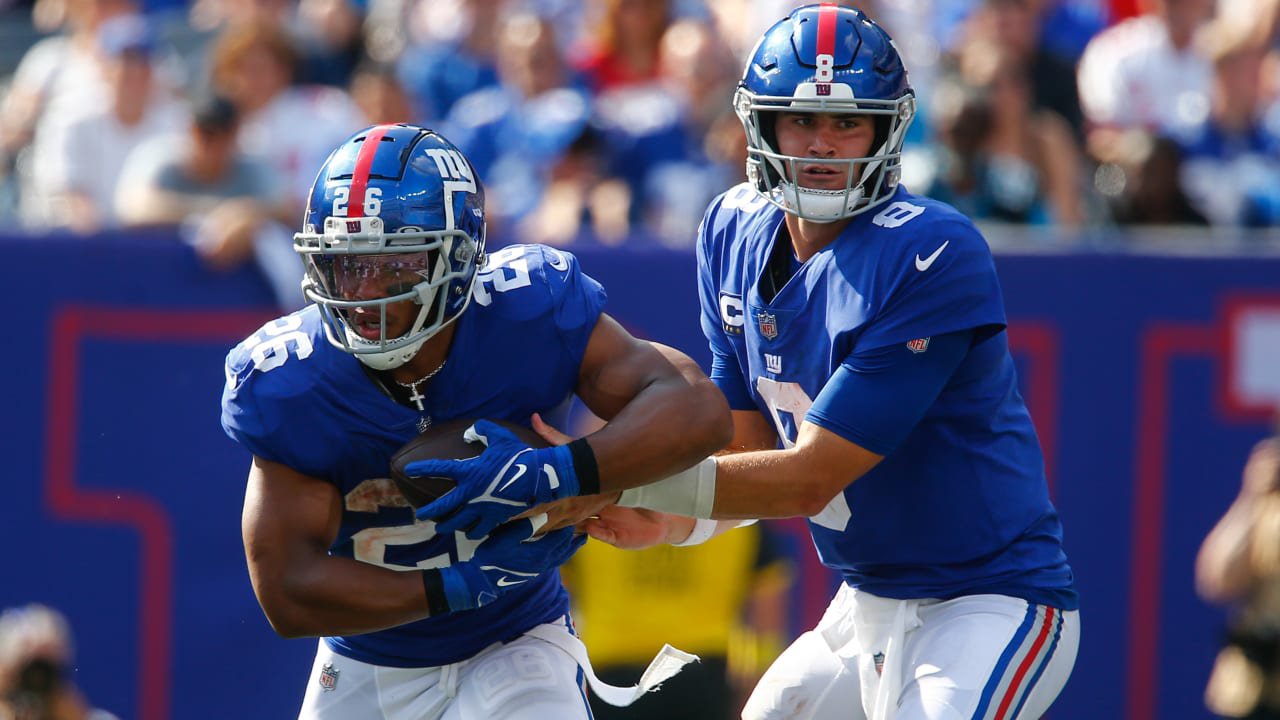