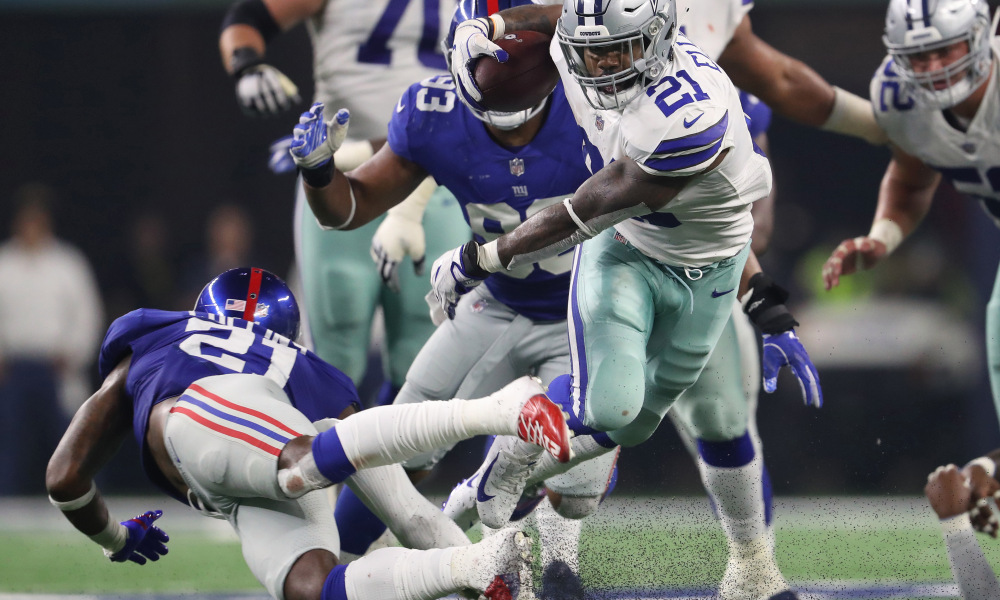 The 5-10 New York Giants are set to go up against the 6-9 Dallas Cowboys on Sunday in a game that could end up having some playoff implications. In fact, according to New York Times playoff simulator, the team that wins this game will sit with a 50/50 chance of making the playoffs. If nothing else, this is going to make for an interesting game to watch play for a multitude of reasons.

The game will also be an interesting one for gamblers, who now have to decide whether to take a chance on the Giants or not. Unfortunately for those hoping to put some money on the Giants, there doesn’t really seem to be much reason to. Add in the fact that the Giants are one of the worst teams in the entire league and you kind of lose hope in them completely.

The Dallas Cowboys have a 3-2 record in the last 5 games and nabbed wins against the Eagles, the Bengals, and the San Francisco 49ers. While some of those wins were somewhat promising, they got blown out by the Washington Football team 41-16. They also got beat down by the Baltimore Ravens 34-17 in a game that just highlighted their weaknesses.

As for the New York Giants, they are 1-4 in their last 5 games and are on a 3-game skid. Now a lot of that has to do with their lack of offense under Colt McCoy, but the defense hasn’t made a statement either. Their only victory during this period was a 17-12 victory over the Seattle Seahawks, which seemed like a fluke more than anything else.

The last time these 2 teams met was in week 5, where the Cowboys would go on to win 37-34. The only problem with using those numbers to predict the upcoming game is that Dallas had Dak Prescott at the time. Fast-forward to now, and the Cowboys have been without the star Quarterback for a while, making the game a little more difficult to decipher.

Let’s start with the fact that the Giants are on a 3-game skid and have struggled to put up any kind of a fight in the last 5 games. Even worse, the Giants have been outscored 62-102 in that same time period, averaging out to about 20 points per game. Then again, the Cowboys don’t sit much better with 141-132, but at least they can generate some offense with Dalton at the helm.

Speaking of the Cowboys, Andy Dalton has proven to be a serviceable Quarterback for the team, which is evident by his 10-3 turnover ratio in the last 5 games. Another factor that could play into Dalton’s favor is that he has an 80% or above completion rating right now. That means Dalton can be consistent for the Cowboys and get them down the field when he needs to.

The spread for this game put the Dallas Cowboys as the 1.5-point favorite to defeat the New York Giants. Looking at the Moneyline, Dallas sits at –126 while the Giants stand at +108. As for the over/under, Fanduel lists it as 44.5, but gamblers might want to go under in this situation. Beyond that, with the Giants struggling on both sides of the ball, it doesn’t seem like 44.5 points is even a possibility.

Looking further into the odds, and it seems like oddsmakers don’t really know who to go with. They do have Dallas winning by 3 when all is said and done, but that really doesn’t speak to the confidence of the situation. Don’t be fooled by that small number, though, it might just be bait for gamblers to take a chance on the Giants.

Don’t bet on the Giants! There is absolutely no reason anyone should bet on the Giants in this situation. The team struggles to mount any kind of offense with Colt McCoy, and don’t even really have a running game to mix things up. Compare that to the Cowboys, who have Andy Dalton and Ezekiel Elliott, and you see a much more put together team.

In the end, the Dallas Cowboys are just a better team. They have the better running back, the better Quarterback, a better set of wide receivers, and a better defense. There is just no way the Giants could pull a win out against the Cowboys. It would just be impossible with the kind of numbers they are putting up.