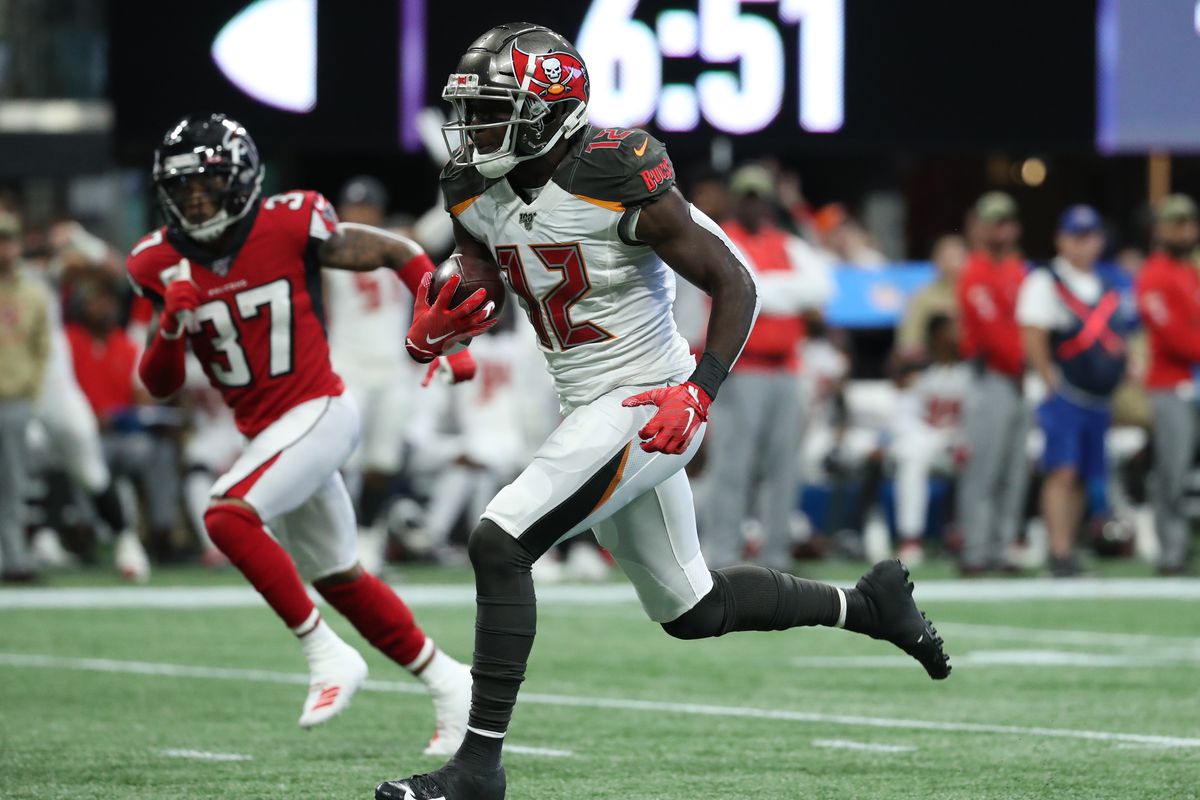 The 10-5 Tampa Bay Buccaneers are set to face the 4-11 Atlanta Falcons in what has to feel like the most underwhelming way to end a regular season. In fact, between the Buccaneers already capturing a playoff berth, and the Atlanta Falcons not even in contention, it seems like there isn’t much to see here.

And that’s where you’re wrong. Keep in mind that while the Buccaneers are playoff-bound either way, the Atlanta Falcons could still deal them a big blow in the final week of the season. With Tampa likely resting their starters for the playoffs, this is the Falcon’s big chance to play spoiler. It also leaves the spread and the MoneyLine wide open come Sunday.

Think about it! This is very much going to be a game that evolves as it goes, and could include several different scenarios. For example, what if Blaine Gabbart ends up starting to give Brady a rest? If that happens, the Falcons will have a remarkably easier time getting the offense off the field. That puts the game in Matt Ryan’s hands, who could very well be competing for his job at this point.

Now, it is worth mentioning that Matt Ryan put up 3 touchdowns and 0 interceptions in their previous matchup with the Buccaneers, but it wasn’t good enough for a victory. Whether that changes with Brady off the field remains to be seen, but It could be Ryan’s chance to shine if he plays this right.

The Tampa Bay Buccaneers are 3-2 in the last 5 games, including a 27-24 loss to The Los Angeles Rams and a 27-24 loss to the Kansas City Chiefs. Although that might seem like a great record, especially heading into the end of the regular season, their 2 losses were against 2 of the best teams in the league.

Beyond that, their wins against the Vikings, The Falcons, and the Lions don’t really carry the same weight. In fact, they have a combined strength of schedule of 15-27, making them not much of a contender when the chips are down. . The only problem though, is that the Atlanta Falcons aren’t exactly a better team.

The Atlanta Falcons are 1-4 in their last 5 games, with their only win coming against the imploding Las Vegas Raiders. Believe it or not, though, the games were actually pretty close, and Atlanta was up against a string of quality opponents. One example of this was their week 15 matchup against the Tampa Bay Buccaneers, where the Falcons would lose 27-24.

Another big example was their 17-14 loss to defending Super Bowl Champions, Kansas City Chiefs, which was a pretty close game. If nothing else, this exemplifies the fact that the Atlanta Falcons have a strong defense, and an offense that can upset on occasion. That could be enough to beat the Tampa Bay Buccaneers, who don’t have much of anything to lose.

There are two main factors that will play a role in Sunday’s game between the Buccaneers and the Falcons. The first is how long coach Bruce Arians waits before pulling Tom Brady, Rob Gronkowski, and Leonard Fournette out of the game. Once these megastars are out, it will all depend on what the Falcons are able to do against Tampa Bay’s backups.

As for the Falcons, it is going to very much depend on what they have learned since their first meeting with the Buccaneers. It is also going to come down to whether Matt Ryan is able to pull off another 3-touchdown performance against Tampa. If Ryan can do that though, maybe put your money on the Falcons to win this one.

The Tampa Bay Buccaneers are listed as the 6.5-point favorite when it comes to the spread, which is a little surprising given how likely the Buccaneers are to rest their starters. As for the Money line, Tampa Bay is listed at –310 while Atlanta sits at +250. The over/under for the game is listed at 50.5, but fans would probably be better off going over after what happened in their last meeting.

It’s no secret that this game is going to have an air of unpredictability to it, which is why gamblers will want to at least put something on it. Think about it! So many different people are going to be putting money on this game, and that can only result in bigger payoffs. Finally, with so many oddsmakers placing the Buccaneers as the favorite, why not cash in if the Falcons manage to win?

In the end, it’s the final week of the regular season, and there is going to be a lot riding on these games. Between that, and the fact that gamblers only have one more week full of games before the playoffs start, expect everyone to get in on this. So maybe take a chance, and put some of that money on Atlanta coming out on top.