AFC Championship Betting Preview: Will Mahomes Be Ready for Buffalo? 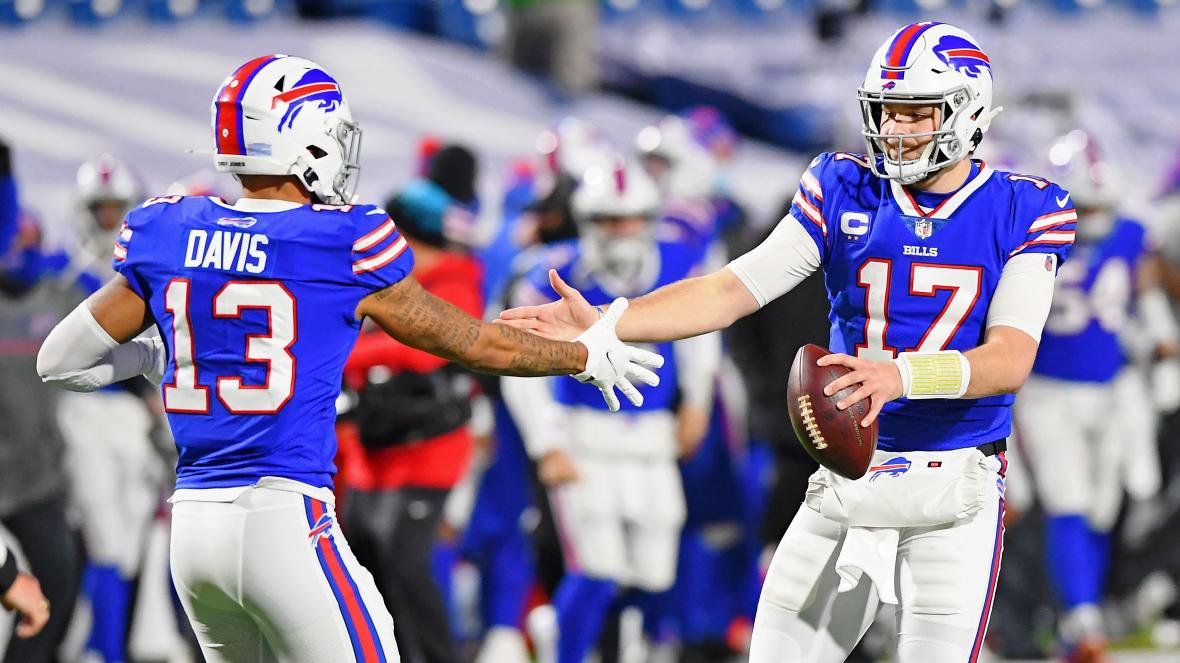 As expected, the Kansas City Chiefs are back in the AFC Championship Game, a win away from a chance to repeat. That win may or may not come without their MVP, who is not certain to be available for Sunday’s showdown with the Buffalo Bills.

NFL betting odds have long viewed the Chiefs as NFL title favorites. Will that change if Patrick Mahomes is out against Buffalo after his concussion against Cleveland? AFC Championship Game odds favor the Chiefs by a slight margin, but those NFL betting odds will bear watching as the week progresses.

Buffalo and their fans have endured a lot of suffering, but their long wait for a conference title could soon end. Will they take the leap, or will the Chiefs book a trip to Tampa even if their leader is sidelined?

The Bills have been led by offense, but defense and good fortune carried them in Saturday’s 17-3 win over Baltimore. Lamar Jackson and the Ravens came in with six straight wins since a Week 12 loss. But little went right for them from the outset, from Justin Tucker’s uncharacteristic off-day, to a crucial pick-six by Jackson on a potential game-tying drive, to last year’s MVP suffering a concussion in the fourth quarter.

The defense’s effort offset a subpar day for the offense, which managed only 10 points and 220 total yards. Allen was 23 of 37 for 206 yards, his lowest output since Week 12. Buffalo continues to win despite their nonexistent ground game, which had only 32 yards on 16 attempts against Baltimore.

Championship teams are often enough defined by their responses to adversity, and the Chiefs showed their mettle against the Browns.

There were two big fourth-down conversions, one right after Mahomes went down and the other to seal the 22-17 win. The defense made stops when they had to on Cleveland’s final drive. Backup QB Chad Henne had a gutsy 13-yard scramble to set up the fourth-down conversion that sealed the victory.

That kind of response could serve the Chiefs well if Henne has to start against Buffalo. Also, there is something to be said for having an experienced backup like Henne. Other than an interception on a potential scoring drive, Henne was solid and poised.

That said, Mahomes is set to win a second MVP in three seasons for good reason, and that is also why the Chiefs are in position to lift the Lombardi Trophy for the second straight year. If he plays, the Chiefs are far more dangerous.

Concussions are no light matter, even if it is the AFC Championship Game. If Mahomes is not ready to go, he will not be risked. From a football standpoint, when the Chiefs look set to be a championship contender for the foreseeable future, he can sit out and hope Henne can lead the team to Tampa. From a personal standpoint, short and long-term health are of the utmost importance.

Given Andy Reid’s positive attitude in his initial comments about his star man, there is reason to be cautiously optimistic that Mahomes will be able to play. That is the reason for confidence that the Chiefs will score at least 28 points. Kansas City is still a solid pick even if Henne has the reins, but take advantage of the current uncertainty to jump on the moneyline.