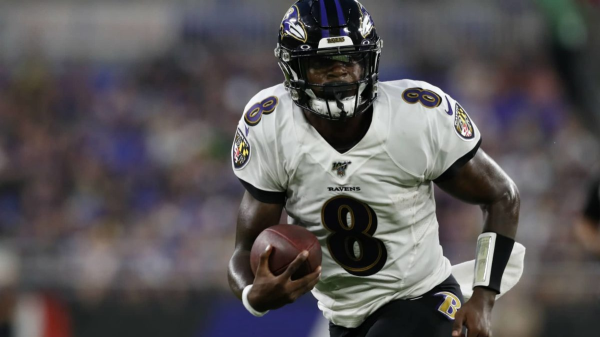 Week 3 of the NFL preseason gets going on Thursday as the Baltimore Ravens (2-0) will be traveling to Lincoln Financial Field to take on the Philadelphia Eagles (1-1). Week 3 traditionally has been the week where starters will play the longest, usually upwards of a half. However, in recent years, more and more coaches have been bucking that trend, so it is always worth noting that you never know how long the frontline units will play. Still, even the second units on these teams are relatively solid, and both will be looking for wins on Thursday. Kickoff for this one is scheduled for 7:30 pm ET.

For the Ravens, they have started the preseason off 2-0, but their success in the preseason goes well beyond just this year. In fact, they have not lost a game in the preseason since 2015, having won 15 games in a row. Furthermore, their defense has been impeccable. In two games this preseason, they are leading all defenses, allowing just 169 yards per game. Additionally, in two preseason games, they have allowed just 13 points.

Philadelphia alleviated one of its biggest concerns last week with the signing of Josh McCown to serve as their backup quarterback. With Carson Wentz having a history of injuries and with Nick Foles having moved on, the Eagles were in need of a backup they could trust. Despite McCown having retired at the end of last season, the Eagles were able to lure him back onto the playing field for another season.

The point spread for this one currently sits with the Baltimore Ravens being five-point favorites playing on the road. The over/under on total points scored is set at 35.5 points.

Last season, the Baltimore Ravens and Philadelphia Eagles were relatively similar on the offensive side. The Ravens ranked ninth in the league, averaging 374.9 yards per game, while the Eagles ranked 14th averaging 365.3 yards. In terms of scoring, the Ravens ranked 13th last season, averaging 24.3 points per game, while the Eagles averaged 22.9 points (18th overall).

Ravens Hope Offense Can Keep Up With Defense

The Ravens defense is undoubtedly solid, and that should continue this season. The difference between making the playoffs and making a run at the Super Bowl, though, may come down to their offense. The emergence of Lamar Jackson should have Baltimore fans excited. The Ravens were so encouraged that they had no reservations about parting with long-time quarterback Joe Flacco.

Last season, Jackson went 99 for 170 for 1,201 yards, six touchdowns, and three interceptions. He was especially impressive with his feet, rushing 147 times for 695 yards and five touchdowns.

Speaking of rushing, rookie running back Justice Hill has been pretty impressive this preseason. Last week, he rushed 10 times for 49 yards and a touchdown. If he continues to impress, he may be due for a bigger workload than anticipated this upcoming season.

Paired with Jackson, the Ravens could have some legitimate weapons on the ground this season. Mix a strong running game with a dominant defense, and the Ravens might blow other teams out of the water when it comes to time of possession.

Eagles Hope For Health From Wentz

When healthy, Wentz may be one of the best quarterbacks in the league. His biggest issue lately is staying on the field. Last year, Wentz only played in 11 games, and the year before, he only played in 13 games (that season Foles led them to a Super Bowl win).

Still, in those 11 games last season, Wentz went 279 for 401 for 3,074 yards, 21 touchdowns, and seven interceptions. If he can stay healthy, he should be in for a big season. If not, it might be McCown taking the helm.

Wentz should have plenty of weapons this year. At wide receiver, he has a nice trio in Alshon Jeffery, DeSean Jackson, and Nelson Agholor. Throw in Zach Ertz at tight end, and they have one of the best receiving corps around. On the ground, players like Jordan Howard, Corey Clement, and Josh Adams return, but it might be Miles Sanders who is the shining star by the end of the season. If the offense can stay healthy, they should be able to put up points this season.

Baltimore Wins, But Can They Cover?

When you have won 15 preseason games in a row and have a defense like the Ravens, it is hard not to expect them to win. The real question, though, is can they cover? Five points is a lot in almost any game, but in a game that could potentially be dominated by backups, that number only seems to feel larger.

Despite that, the Ravens’ defense seems to be clicking on all cylinders early, and it is hard to bet against them regardless. Five points may be a lot, but I think the Ravens can cover it.