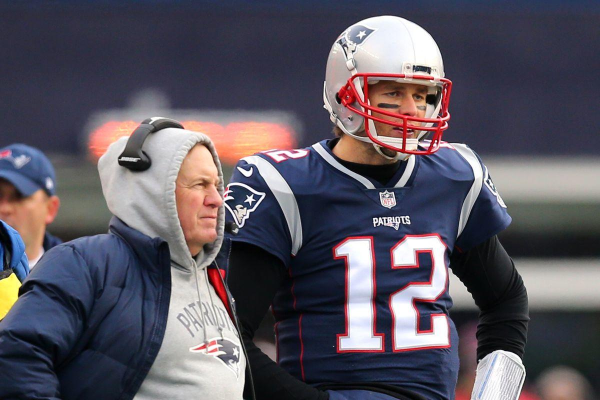 Obviously, Tom Brady is one of the best quarterbacks to ever play in the NFL, and he doesn’t seem to be slowing down. Over the course of this season, there was a lot of talk around the NFL that his age was finally catching up to him. However, in the last 4 weeks, the 41-year old signal-caller has looked as good as ever. Brady picked apart the Chargers all day long and then was forced to drive the ball down the field for a touchdown multiple times in the fourth quarter and in overtime to beat the Chiefs. Brady has been one of the kings of clutch in sports for the last 20 years, and I see no reason that anyone with him on their side would be worried heading into this game. Whenever he needs to play his best, he does, and here is another situation where he can showcase his ability to do so on the biggest stage—something he always seems to look forward to.

Everyone has been talking about young gun Sean McVay all season long, and rightfully so. However, the Patriots have this guy at the helm that has been the model coach for over 20 seasons. Belichick is unique, and he is great at being ahead of the curve in all aspects of the game. His player management and development is MUCH different than everyone else in the league. He has always preferred the “right” player over the “best” player and that is something that almost every coach struggles with. Belichick is always willing to make the tough decisions like bench Malcolm Butler or trade Brandin Cooks in recent years. He also is a master at game-planning. Belichick has been exploiting teams’ flaws for years before they even knew they had them.

Both the Patriots and Rams are top 10 in least penalties committed per game, and I think that is probably likely to hold true in this game. The difference is that there are good and bad penalties to some degree. Some penalties go uncalled, and others are called without a penalty, so we have to take these penalties with a grain of salt, but Kansas City showed us why the Patriots are here every single year. The Patriots committed more penalties than the Chiefs in the last game, but none of them were as influential as the offsides penalty late in the game by Dee Ford. I trust the Patriots to not make key mistakes much more than I trust the Rams.

We all know that the Patriots have been to 9 Super Bowls in the Belichick and Brady era, and it shows in their preparations all season long. We have never seen the Patriots peak in October because they are experienced enough to hold back a little and consistently grow over time and they are almost always playing their best football at this time of year. The experience of being in this game before or being able to hear about the experience is a major advantage. The Rams guys are going to be going in relatively dark to the true atmosphere of this game, and the Patriots are incredibly familiar. Even the guys who have not been there will be surrounded by a calm quarterback and a collected group of players around them. The Patriots know how to start, how to maintain composure, and how to win games on this stage. If the Rams go up by 14 in the first half, I think the Patriots will be just fine, where the Rams may start to panic with a young QB and a generally inexperienced roster.

I have mentioned it a few times already, but who do you want with the ball with 2 minutes left to go? Tom Brady and the Patriots. We’ve seen Gronkowski, Edelmann, Hogan, White, Burkhead, and Michel all step up on a consistent basis when called upon late in games and I just have to trust that they will do the same thing again. If I am the Rams and they are up 6 with 1:47 on the clock kicking off, I’m shaking in my boots. I always want to rely on the team that I think will get the job done in a close game and the Pats have been incredible at that for 2 decades.