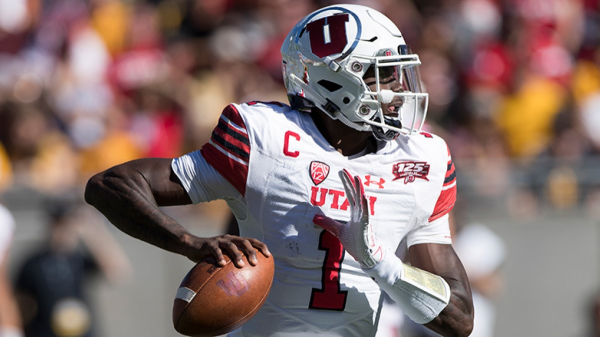 Friday night features a matchup of Pac-12 teams when the No. 10 Utah Utes (3-0) travel to Los Angeles Memorial Coliseum to take on the USC Trojans (2-1). Both of these teams have winning records and are looking for an early win in conference play. Kickoff for this one is scheduled for 9 pm ET.

The Utes are currently flying high at 3-0, having won by 18, 18 and 31 points in each of those three games. With the offense scoring at least 30 in each and defense holding steady, they seem to be able to beat you on both sides of the ball.

USC is still trying to figure out what it has in true freshman quarterback Kedon Slovis. After the Trojans lost starter JT Daniels for the season in the season opener, Slovis has had mixed outcomes in his first two starts. In a win over Stanford, he threw for almost 400 yards and a trio of touchdowns, though last week, against BYU, he threw three interceptions. Against a strong Utah team, it will be interesting to see how the freshman responds.

The point spread for this one currently sits with the Utah Utes being 3.5-point favorites despite playing on the road. The over/under on total points scored is set at 52.5.

Through three weeks, these two teams have been comparable on the offensive side. USC currently ranks 33rd in the nation, averaging 34.3 points per game (38 at home). Utah ranks 39th overall, averaging 32.5 points (30 on the road).

Getting some love in the rankings at No. 10 overall, the Utah Utes don’t want to squander their opportunity and would love to show that their ranking is legitimate. To do so, they will turn to Tyler Huntley under center to lead them. On the season, Huntley has thrown for 602 yards, four touchdowns and no interceptions.

Last week, in a 31-0 win over Idaho State, Huntley threw for 282 yards and three touchdowns. He also rushed six times for 22 yards. On the season, Huntley has rushed for 99 yards and a touchdown.

Speaking of rushers, it is Zack Moss who is the true workhorse for the Utes. In three games, he has rushed for 373 yards and four touchdowns. Last week, in that same Idaho State game, he rushed for 106 yards and a touchdown on just 10 carries. If Utah can establish the run game early, it will be hard to stop as it can beat you in all facets of the game.

Will The Real Slovis Please Stand Up?

It is never easy for a true freshman to come in and dominate at the Division I level, particularly when it was done so abruptly after a season-ending injury to the expected starter, Daniels. That is exactly what Slovis has had to do, though, and the Trojans are still trying to find out what they have.

Slovis looked impeccable against Stanford but then struggled last week against BYU. In the overtime loss, he went 24 for 34 for 281 yards, two touchdowns and the three costly picks. On the season, though, he has thrown for 715 yards, five touchdowns and four interceptions.

Utah Wins, Covers On The Road

When looking at this matchup, it is usually hard to take the visitors as the home team has covered in seven of the last eight matchups. Still, that is exactly what I am doing in this one. The Utes have played well on both sides of the ball, and they seem to be far more consistent than USC.

The Trojans have proven they can play tough, especially after beating then-ranked Stanford 45-20 a couple of weeks ago but then struggled in a 30-27 loss to BYU last week. Utah beat that same BYU team 30-12 on the road a few weeks ago. With the spread where it is, Utah seems like a pretty good bet to me at just -3.5.