How Many Teams Have a REAL Shot at Winning the 2020 CFB Championship? 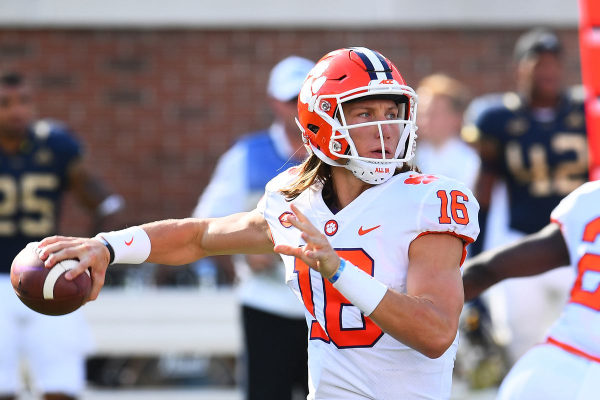 Not too many teams have a real shot at winning it all, but these three do

When it comes to winning the College Football National Championship, there are a lot of homers putting bets on their alma maters to win it all, but in reality, there are probably only a few with a legitimate shot to win it all. While some like to go for the longshots, the sharper gamblers understand that there are only a handful of Power Five teams that have a realistic shot of even making the College Football Playoff, let alone winning the championship.

While the top tier bets are going to the likeliest outcomes, it’s not a bad idea to sprinkle a little bit of money on your favorite longshot with a lot of value.

You’d have to be a fool to think the Alabama Crimson Tide aren’t going to be one of the more competitive teams in the NCAA. Year in and year out, the Crimson Tide are one of the best bets in the country. Last year, they were felled in epic fashion by a freshman QB, Trevor Lawrence, who showed off pro-ready precision and pocket presence, but one game shouldn’t undersell just how great that Crimson Tide team was and is still capable of being.

They will have one of the better pro-ready recruiting classes this year, and they have one of the nation’s best dual-threat quarterbacks in Tua Tagovailoa, who is looking to win his second national championship. Because of Jalen Hurts transferring to rival Oklahoma, it remains to be seen whether the lack of QB depth will be a detriment to this year’s Alabama roster. But they’ve proven that even though Hurts has proven to be clutch when needed most, Tua has shown the maturity necessary to take the full reins of this team, no gadget plays necessary. Either way, count on what may very well be yet another rendition of Alabama and another orange-colored ACC team that’s likely to be there facing them.

I know it’s not sexy to bet on the big favorites, but the truth is, it’s going to come down to one of these two teams. Clemson is just as great as they’ve always been, and this year Trevor Lawrence truly gets to show off how ridiculously gifted he is. At only 19 years of age, he’s already built and shown the arm talent that pro quarterbacks would kill for.

Combine Lawrence’s pocket presence and arm talent, and it’s very likely Clemson could very possibly run the table in the ACC, just as Alabama will probably run the table in the SEC, barring some sort of wild upset. Clemson-Alabama would essentially be a foregone conclusion, but unless there is some sort of freakish rash of injuries, there’s just no other team in the ACC that comes close to being able to compete against Clemson. Look for them to go undefeated all the way until the championship game. Seriously, just bet them or Alabama and call it a day, but to make things interesting, we’ll pick a juicy longshot as well.

When it comes to betting teams in the Big 12 to win it all, they’re not always the sexiest bets. Often seen as the red-headed stepchild of the Power Five schools, Oklahoma has performed rather well in recent years but has primarily done so when Baker Mayfield was running the show. With Baker now in the big league, Oklahoma has cycled through the likes of Kenny Hill, and now, former Alabama QB Jalen Hurts. One of the best bets to make often involves making a storyline angle, and when it comes to the storyline, could you imagine Oklahoma defeating Alabama en route to a national championship?

At 15-to-1, they are realistically the only team with longshot odds that has the talent and makeup to win it all.