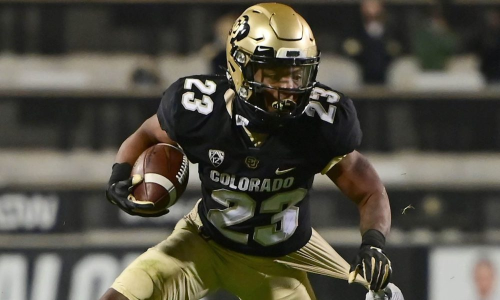 This feature takes us into the Pac-12 Conference football, with Utah Utes (1-2) in a face-off with the undefeated Colorado Buffaloes (4-0), scheduled to hold on Friday, December 11, by 9:30 PM EST.

The Utah Utes come into this fixture with a home win over the Oregon State (30-24). That made up for the first win of the season for the Utes. Colorado Buffaloes, on the other hand, are on a four-game winning streak after defeating Arizona Wildcats in an away game with a scoreline of 24-13. Both teams have faced themselves 63 times, and the Colorado Buffaloes have a 32-31 advantage, with Utah Utes winning their last three head-to-head meetings.

The Utah Utes bounce back to action with a win over the Oregon State team in a 30-24 victory after being riddled with Covid-19 complications, which hampered their selection and preparations. The Utes took an early 9-0 lead in the game, after which a 64-yard punt return saw them bossing the game with a 30-10 scoreline in the fourth quarter.

It looks like they are back to the winning ways, as quarterback Jake Bentley threw for 174 yards and made a touchdown in the game against Oregon State. With his primary targets, tight end Brant Kuithe and wideout Bryan Thompson putting up combined yardage of 235 yards and a touchdown.

Running back Ty Jordan rushed for a career-high of 167 yards and a score. He, however only has 296 rushing yards and a touchdown this season thus far. Jake Bentley leads the team, having thrown for 489 yards, with three touchdowns and four interceptions.

The Colorado Buffaloes come into this game with a four-game winning streak and hope to make it five with a home win over the Utah Utes on Friday. They sit second on the Pac-12 Conference table, closely behind the USC Trojans with a game in hand. Their last win saw them defeat the Arizona Wildcats by a 24-13 scorecard.

Quarterback Sam Noyer threw for 92 yards, rushed for 67 yards, with two interceptions and a touchdown in the game against the Wildcats last week Saturday. RB Jarek Broussard rushed for 301 yards on 25 attempts, while Dimitri Stanley and La’Vontae Shenault had a combined 387 yards and a touchdown.

The Colorado Buffaloes defense, on average, has allowed 215 passing yards per game, 148 rushing yards, and allowed only 154 passing yards to the Wildcats last week.