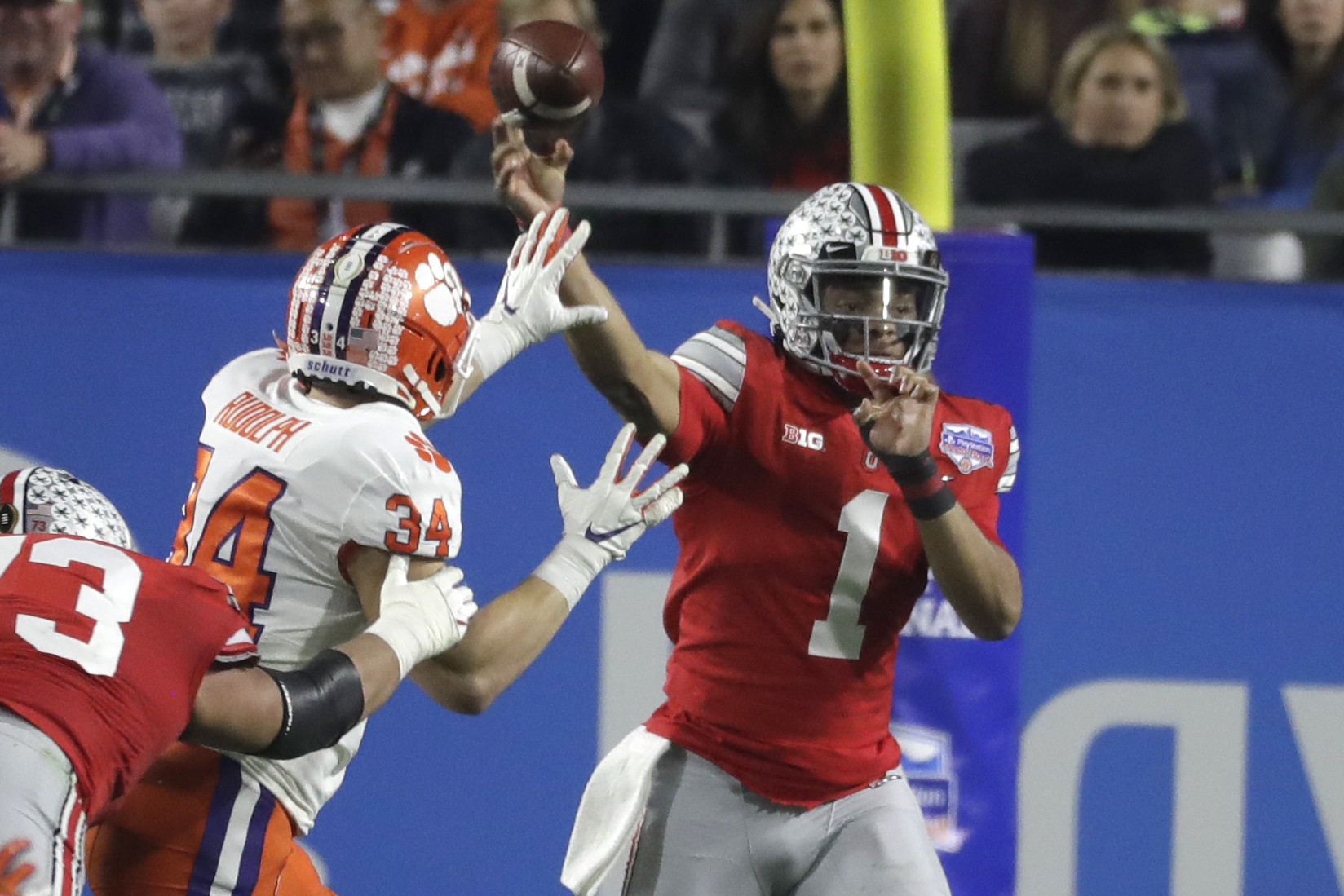 In a rematch of last year’s Fiesta Bowl, the No. 2 Clemson Tigers will face off against the No. 3 Ohio State Buckeyes in the 2021 Sugar Bowl on New Year’s Day. This will be the third meeting in a Semi-Final game between these two teams since the College Football Playoff started in 2015.

Clemson won both of those previous meetings, dominating in a 31-0 shut out in 2017, while narrowly escaping in last year’s controversial game, 29-23. This game will showcase two of the best quarterbacks in the country, and possibly the top two picks in next year’s NFL Draft, with Trevor Lawrence and Justin Fields under center for Clemson and Ohio State, respectively. Clemson currently sits as a 7.5 point favorite (via Fanduel).

The bright lights of the College Football Playoff will be of little concern to either of these teams, as Clemson makes its sixth consecutive appearance in the Playoff, and Ohio State makes it fourth appearance, and second in a row. This year’s game at the Mercedes Benz Superdome, in New Orleans, however, will have a little different feel, as only 3,000 fans will be allowed in attendance due to COVID-19 restrictions. Either way, both teams bring a lot of big-game experience into this Semifinal matchup. Trevor Lawrence will be starting in his fifth game of the CFP, while Justin Fields makes his second. Clemson could be the first team to win three CFP Championships, while Ohio State looks to win its second, after winning the first-ever in 2015.

Can the Sequel Live up to the Original?

Last year’s PlayStation Fiesta Bowl was one of the best Semifinal games in the short history of the playoff. Clemson clawed back from a 16-point deficit, taking the lead with 1:49 remaining, and hung on for dear life, intercepting Justin Fields in the endzone with 0:37 seconds remaining to seal a 6-point victory. This game wasn’t without controversy, either, as the Buckeyes found themselves on the wrong end of a couple of video replays, one wiping out a defensive touchdown that would have given Ohio State the lead with just under 5 minutes left in the third. Ohio State looks to avenge the heartbreaking loss, and college football fans hope the sequel is as exciting as the first installment.

Will Ohio State be Close to Full Strength?

Ohio State has struggled just putting a team on the field at points this season. With the Big Ten’s late start to the season, and having three games canceled due to COVID issues (once among their program, twice due to the opponent), Ohio State was only able to play five regular-season games. The Big Ten changed the rules to allow Ohio State to get into the Championship, even though originally there was a minimum of six games necessary. Ohio State then faced No. 14 Northwestern for the Big Ten Title, down 22 players, including leading receiver Chris Olave.

It is still unclear if any of those players will be available for the Sugar Bowl, but the Big Ten again adjusted their own rules to try and help the Buckeyes. New league guidelines require a player to miss 17 days after testing positive for COVID, a reduction from the previous 21 days. Even if players will be able to suit up for the game, how much practice time will they get in beforehand?

Clemson Still the Class of the ACC

Clemson traveled to Charlotte, North Carolina for the sixth consecutive year, and for the sixth consecutive year, they left Charlotte with the ACC Championship trophy. This year, however, they didn’t meet a typical ACC Coastal Division winner. Instead, they faced No. 2 Notre Dame, who joined the ACC for this year only, to be able to compete with a full schedule during the pandemic-stricken season. Clemson faced an Irish team who had beaten them in double-overtime earlier in the year, ending Clemson’s 36-game regular-season win streak.

In the rematch, however, Clemson had Trevor Lawrence, who missed the first game due to testing positive for COVID. With Lawrence back under center and a slew of defensive players back from injury, Clemson got back to their dominating ways, beating Notre Dame 34-10 to avenge their lone regular-season loss, and punch their ticket to the Playoff.

Clemson comes into the Sugar Bowl on a roll, winning their last three games after getting Trevor Lawrence back by an average of just over 31 points. Ohio State, on the other hand, has played only six games, just over half the 11 games Clemson has played. They needed the Big Ten to change the rules to get them into the Big Ten championship, a game they struggled in for much of the first half, a game in which they were missing 22 players. It is still uncertain which of those players will be back and when, though coach Ryan Day has said he believes they will have “a bunch of guys” back.

Clemson is playing at a different level than Ohio State. Ohio State has had to face too many challenges throughout their shortened season, including in the final weeks leading up to by far their biggest challenge. No team in the Big Ten could truly threaten Ohio State, yet they didn’t always look crisp, perhaps due to rarely having a fully healthy team at practice. That may not be entirely Ohio State’s fault, but they will not be able to win simply by having better athletes against Clemson.

Clemson should handle business, with the defense getting after Justin Fields, who has been a little more mistake-prone this season. Trevor Lawrence, Travis Etienne, and Amari Rodgers will be able to challenge the Ohio State defense and put points up in bunches. Clemson rolls to their third straight championship appearance.

Tonight, two pitchers whose records could use a little polishing match up as the St. Louis Cardinals welcome the Miami Marlins to Busch Stadium to open a three-game series. Cardinals hurler Adam Wainwright has not picked up a win since May 20, while Pablo Lopez’s win in his most recent start last week was his END_OF_DOCUMENT_TOKEN_TO_BE_REPLACED