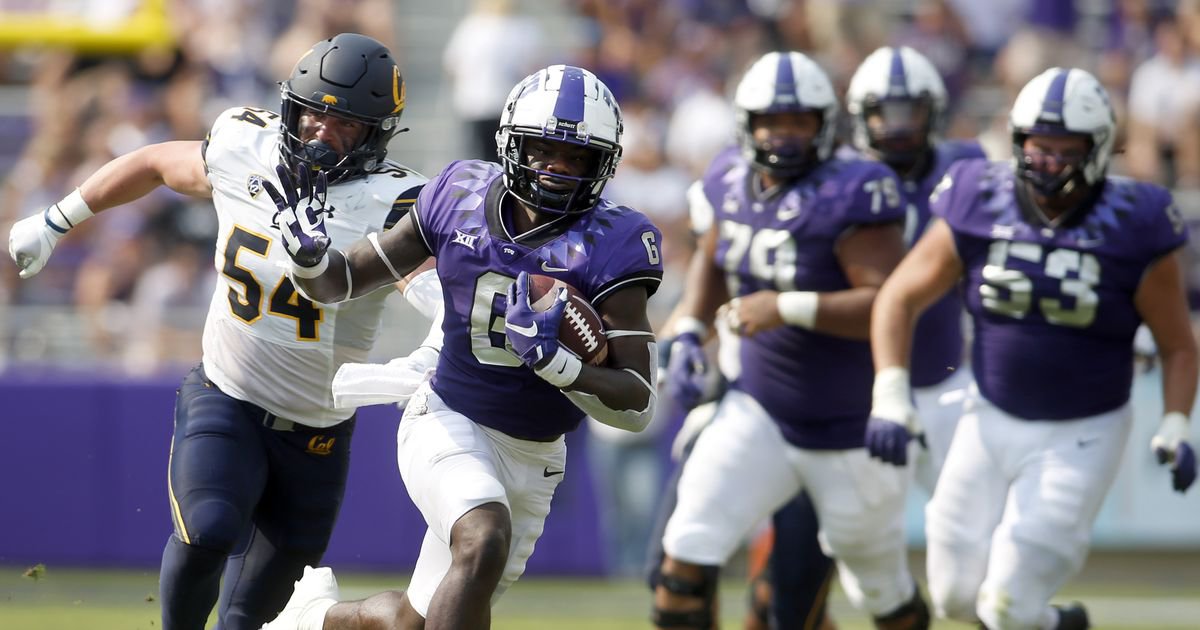 Two longtime college football rivals meet for the 100th time tomorrow as TCU hosts SMU. Last year’s matchup was cancelled due to COVID, and with both teams undefeated, there is plenty to be excited about for this matchup.

The Mustangs continued their hot start to the new college football season by winning at Louisiana Tech on a Hail Mary, while the Horned Frogs had the week off after a thrilling win over Cal.

TCU opens Big 12 play next week with a big matchup against Texas, but don’t look for them to be look past SMU. When these two teams last played in 2019, the Mustangs won at TCU, and the Horned Frogs will not want to let that happen again.

The Mustangs are once again running a strong offense with a transfer QB in Tanner Mordecai. Formerly of the Oklahoma Sooners, he has already thrown for 16 TDs this season. Against Louisiana Tech, he threw for 395 yards and five touchdowns, including his game-winning desperation heave that ended up in the hands of Reggie Roberson Jr. with no time left.

Now the Mustangs have not played great competition early but based on early results, there is no doubt that they will pose a serious challenge for TCU’s defense. While the aerial attack is prolific, they can run the ball too.

It is on the defensive side of the ball that SMU needs to answer some questions. They gave up 351 yards through the air to Louisiana Tech and gave up 384 to North Texas the week before.

Frogs Need to Find Form After Close Call Against Cal

TCU barely beat Cal two weeks ago, escaping thanks to Cal failing to convert a two-point conversion that would have tied the game late in the fourth quarter. On the positive side, the offense scored 34 points and put up over 500 yards. But quarterback Max Duggan threw a pick-six and completed only 55 percent of his passes. They might not have to rely on Duggan’s arm that much against SMU, but that is only if the defense can be better.

Having balance offensively will always put SMU under pressure, and TCU put up 234 yards passing and 271 yards rushing against Cal. In Zach Evans, the Horned Frogs could have one of the better running backs in college football if he channels his potential into consistent production. Against the Bears, he ran for a career-high 190 yards on 22 carries.

Gary Patterson has a reputation as one of college football’s top defensive coaches, and you can bet it still stings the way TCU lost to SMU a couple of years ago. This is not the best defense he has had to work with, and there is a good chance we see a back and forth game. But at the same time, I look for the Horned Frogs to find their confidence and put in a strong defensive performance against Mordecai and the Mustangs.

I’m confident in TCU as a sleeper in the Big 12 this season, and I like them to handle their business in their final non-conference matchup. I feel good about the Horned Frogs limiting SMU through the air, and by doing so they take away the thing that SMU does best. Also, look for the Horned Frogs to have their best offensive game of the season so far. This is a team they should be able to push around up front.