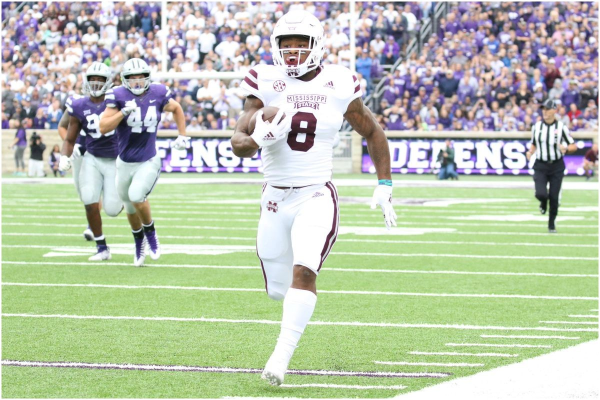 One of the best matchups of the weekend will see two teams that have relatively similar styles. The MississippiStateBulldogs (4-2, ranked 22nd in the country) and the LSU Tigers (6-1, ranked 5th in the country) have similar styles. They both like to pound the ball on the ground while their passing games usually remain a little quiet. They also like to play defense and play it well. For Mississippi State, their only two losses of the season have come against number 14 University of Kentucky (28-7) and to number 11 Florida (13-6).

What is crazy, is those two respective point totals (28 and 13) are the two highest point totals they have allowed all season long. The Bulldogs currently are the top-ranked defense in the nation in points allowed. For LSU, their lone loss also came against number 11 Florida, a 27-19 defeat earlier this month. Last week, they beat up on number 8 Georgia 36-16. With all this in mind, this should be a really good matchup as Mississippi State travels to Tiger Stadium-LSU to take on LSU Saturday night. Kickoff is scheduled for 7:00 pm ET.

The point spread comes in with LSU as 6.5-point favorites at home. The over/under on total points scored is 45.5.

Mississippi State has to have a lot of confidence going into this one. Especially coming off of a bye week, they have had a couple weeks to get their defense, one that has been the best in the country at shutting down opposing offenses, ready for LSU.

The biggest question is going to be whether they can score consistently themselves. In six games, Mississippi has only gotten 1,140 yards through the air (averaging under 200 per game). Their leading passer is Nick Fitzgerald, who has gone 61 for 123, with 709 yards, 4 touchdowns, and 3 interceptions. KeytaonThompson has also gotten in the action as he is 15 for 34 with 397 yards, 5 touchdowns, and an interception. The biggest takeaway is the fact that both have under a 50% completion rating. Against LSU, they are going to have to perform better.

Where they try to make their noise is on the ground. They have four players who have rushed for over 100 yards. Nick Fitzgerald has gone for 513 yards and 7 touchdowns on 98 carries, KylinHill has 474 yards and 3 touchdowns, Aeris Williams has 201 yards and a touchdown, and KeytaonThompson has 161 yards and 3 touchdowns. It will be interesting to see how they perform because if they are unable to put a point on the board, it doesn’t really matter how well the defense plays.

Trying to stay in the conversation of playing in the national championship playoffs, LSU will hope that quarterback Joe Burrow and the offense can put up some points against the Bulldogs’ shutdown defense. On the season, Burrow has thrown for 1,415 yards, 6 touchdowns and 2 interceptions. Burrow’s best receiver this year has been Justin Jefferson. He has 14 receptions for 173 yards and 2 touchdowns. Stephen Sullivan (14 catches, 173 yards, and a touchdown) and DeeAnderson (12 receptions, 154 yards) also have had some success.

Like MississippiState, they prefer to keep it on the ground. NickBrossette (640 yards, 9 touchdowns), Clyde Edwards-Helaire (475 yards, 5 touchdowns) and Joe Burrow (242 yards, 4 touchdowns) have all had success this year. The real question is whether they will be able to put up enough points not only to win but to cover the spread?

I see this being a low scoring contest. Thus, my recommendation is you take the under 45.5 points. In fact, only two of Mississippi State’s games have gone over that point total and those were blowouts against the likes of Stephen F. Austin and Louisiana-Lafayette. In terms of the game itself, my gut is telling me that LSU is going to pull this one out, but given the fact that I think it will be low scoring, I don’t think that LSU covers the spread. Take Mississippi State and the 6.5 points.