Rutgers Scarlet Knights vs Michigan Wolverines Betting Preview: Will Rutgers Give Michigan a Stiff Test in Matchup of Unbeatens? 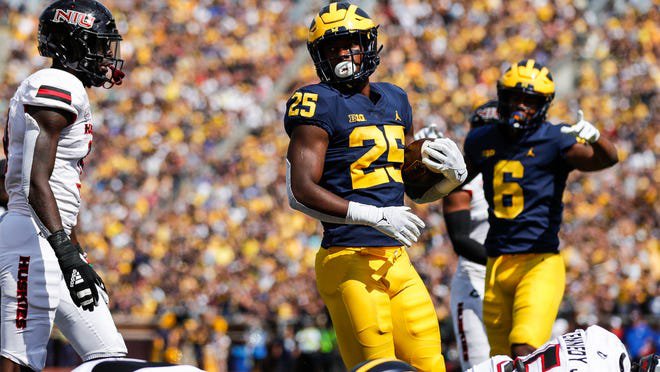 After taking Rutgers from being one of the worst programs in college football to respectability in his first stint, Greg Schiano appears to have the Scarlet Knights on an upward trajectory in the second season of his second stint. Today’s matchup with Michigan will be a good barometer for how far the program has come and how far it still has to go.

Last season, Michigan needed overtime to dispatch Rutgers. But can they be competitive in Ann Arbor? If they can, will it say more about where Rutgers is or about where Michigan isn’t?

In Ann Arbor, things are a little quiet right now, which is good. They want wins, and they have passed every test so far. The schedule will toughen up now that the Wolverines are in conference play, and we will see soon if they have what it takes to challenge for the conference title.

Rutgers Scarlet Knights vs Michigan Wolverines college football betting odds are via BetMGM as of Saturday, September 25, 2021 at 10:30 a.m. ET.

Rutgers has three wins and three covers to start the season, so they can head to the Big House with some confidence. The key will be to avoid getting pushed around and overwhelmed. QB Noah Vedral is not elite, but if he plays mistake-free football the Scarlet Knights will have a chance.

Rutgers’ defensive numbers look great, but the competition is worth noting. Winning at Syracuse looks a lot more impressive after the Orange beat a good Liberty team last night, but blowout wins over Temple and Delaware are worth only so much now.

The Scarlet Knights have had a ton of success stopping the pass, but the run defense has been average, at best. That is where the Wolverines are going to test them, and that will determine how close this game is or isn't.

Michigan also has three wins and three covers to start the season. They have looked impressive, and it is a shocker that they are the top rushing team in the nation at 350 yards per game.

Ever since Jim Harbaugh got there they have been trying to modernize the attack, but this season they are just sticking with what is working. They are not asking their quarterbacks to do much until a team shows they can stop them on the ground. Look for that to continue against Rutgers. Harbaugh is under heat to win games, and maybe he finally has the right formula to do so.

Michigan’s defense has been good too, giving up 14, 10, and 10 points over their three wins. When you pair a strong defense with rushing the ball you usually have success. Even Washingon could not get things going at all against Michigan, and that team was ranked coming into the season.

I am not expecting an upset at the Big House, but I think Rutgers can keep it respectable. I don’t see them pushing Michigan to overtime again, but I do see them keeping it around a two-score deficit. They may never really threaten but that is a comfortable spot to get the cover. Michigan finally has an opponent and a coach that is going to push back. Let’s see how they respond.

The 2022 French Open is underway at Stade Roland Garros in Paris, France, and we are already almost through the first week of play. Tomorrow, the remaining third-round matches will take place, after which the men’s and women’s singles draws will be down to their final 16 contenders. In both men’s and women’s singles, there END_OF_DOCUMENT_TOKEN_TO_BE_REPLACED