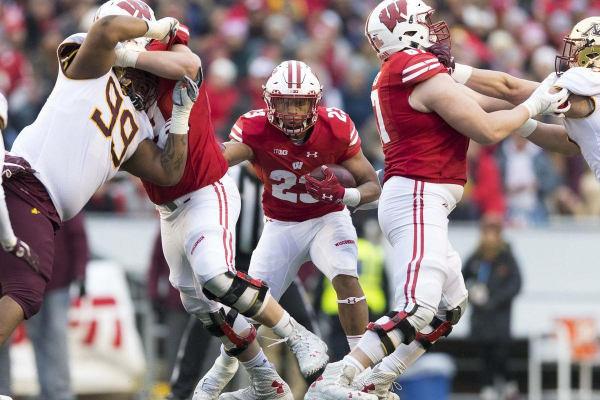 Yankee Stadium is the host of the Pinstripe Bowl between Miami and Wisconsin. The has been dubbed the disappointment bowl, as both of these teams finished with a 7-5 record after starting out as top 10 ranked teams. Both teams come into this game 2-3 in their last five, which is rather indicative of the rest of their season.

Wisconsin’s best win of the year was pretty easily their 28-17 win @ Iowa early in the season. Iowa is a team that could give them issues, but they eventually pulled away in that game. The most concerning losses on Wisconsin’s schedule came to BYU and Minnesota. Both of these teams are legitimate programs, but not much more. Wisconsin should be significantly better from a talent standpoint.

Miami’s best win was probably their 24-3 win over Pitt, although I’m really confident when I say that Pitt is MUCH worse than most people think. I would easily make the argument that the Wisconsin win is more impressive, based on the situations surrounding the games. Miami’s worst loss probably came at home vs. Duke, which again isn’t dreadful. As a 7-5 team, losing to Duke isn’t the worst loss, but losing to Duke as a preseason top 10 is a major problem, similar to Wisconsin’s losses.

Team Morale Will be Key

Attempting to quantify motivation or team morale is really difficult, but this may be the biggest factor in this game based on how these teams have done this season. No one on either of these teams is even somewhat happy about how this season has gone besides maybe a few backups that have seen more playing time than they ever would’ve expected. The difference in this game to me is program stability. Both teams have had incredibly similar seasons, but I think that the programs are in two different situations.

Miami is set to lose multiple high-end recruits after this season, due to simply people not wanting to be there for a few reasons. Miami recruited as a top 10 program. For example, Jeff Thomas, a four-star WR from East St. Louis, doesn’t want to be 15 hours away from home to be in a discombobulated program going 7-5 in a bad conference. There are many rumblings of this happening for multiple kids on this roster, and I struggle to see how they stay focused on this bowl game. The counter to that would be that Miami happened to win their last 2 games, but I think that the 6 weeks off has given a lot of kids time to think about what their plans are.

Wisconsin has a stable program and hasn’t seen this same drama. This is a down year for them, but they are going to walk into next season with a similar roster and attempt to play the same way they did this year, but at a higher level. Another smaller note on the motivation factor is that this is a bowl game in New York and it’s going to be 40 degrees. Wisconsin will feel much more comfortable in this situation than Miami will.

Opportunity on Both Sides of the Ball

When it comes to matchups, I think we will likely see things exploited on both sides of the ball, but I think that Wisconsin has more ways to be efficient in doing so. Both teams are considered to be a good passing defense. I think a lot of that has to do with their opponents, which have likely helped their numbers, but I would MUCH rather take the Wisconsin passing game over the Miami passing game. Alex Hornibrook isn’t very good, but he was once mentioned as an NFL QB, and he is completing about 60% of his passes.

Miami is without their most talented WR in freshman Jeff Thomas, and their QB was benched the last 3 games. The will start Rosier who completed about 53% of passes and his backup completed 51% of passes, including going 6-24 in a 24-3 WIN vs. Pitt. Yes, tell me again how Pitt was “ranked.” Wisconsin’s run defense is worse than Miami’s, but their rushing offense is also much better. The difference here is that Wisconsin is an elite rush offense in the most run-heavy conference in America, while Miami is an above-average rushing offense and defense. I’ll side with the elite category here.

I really think that this line is off. Wisconsin plays in the better conference that counters their playstyle perfectly. Wisconsin was still relatively efficient, and I think we see that they are just much better and cohesive in this game. I think the line should probably be flipped here and I would still lean towards Wisconsin in this game. Give me the Badgers (+2.5) all day long.