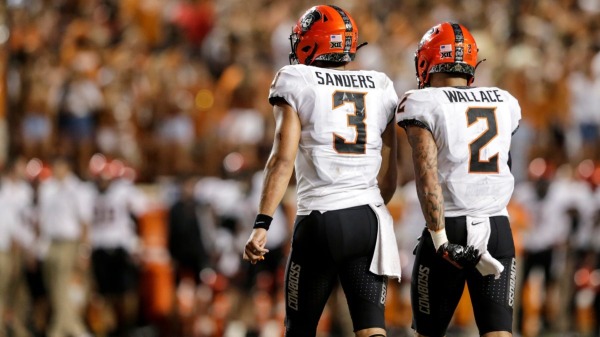 This Saturday at 7 p.m. the lights will be shining bright in Waco as Oklahoma State visits Baylor at McLane Stadium.

Things look a lot different for these teams since the last time they met in October of 2019. The Baylor Bears had one of the most exciting teams in college football and routed the reeling Oklahoma State Cowboys 45 to 27. The story has changed this year, Baylor lost it’s coach to the NFL and took a nosedive while Oklahoma State sits tied for third in the Big 12 with Texas.

Both teams come into this game after suffering tough losses. Something Baylor has become used to this year with a 2-6 record. The Cowboys at 6-3, are coming off a disappointing loss to TCU where they gave up a whopping 236 rushing yards. TCU also turned the football over five times and still beat Oklahoma State, which is a glaring issue for Mike Gundy’s crew to address.

Fanduel currently has Oklahoma State favored at -5.5 and has the over/under for the game set at 49.5. The series lead stands at 20-18 in favor of Oklahoma State and ESPN’s Football Power Index has the Cowboys favored at 56.9%. However, Oklahoma State has been pretty bad against the spread this year sitting at a lowly 3-6. This is a close spread and Baylor has kept almost every game close this season with four of their games ending within single digits.

These two teams’ records say one thing, but the numbers tell a different story. This matchup is a lot closer than 6-3 vs. 2-6 would have you believe. Oklahoma State only averages a low 28.1 points per game, only 2.2 points more than Baylor which averages 25.9 per game. Both teams sit outside the top 50 in both points for and points against and are separated only by a measly 2 points in each category. The only category where Oklahoma State has any real advantage in this matchup would be on the ground. The Cowboys average 187.3 rushing yards per game. Baylor’s leading rusher only has 197 yards all year. If Oklahoma State is going to win this it’s gonna be that matchup that they’ll need to exploit.

This game has the potential to be an extremely close, entertaining game or a complete mess from start to finish, filled with turnovers and mediocre performances. With the way, these teams play defense I’m leaning towards the sloppy low scoring affair. Both land in the top 5 in the Big 12 in Points Allowed and Yards Allowed. This type of game would favor a team like Oklahoma State more so than Baylor. The Cowboys force a lot of turnovers and are capable of controlling the time of position with their effective running game.

I think Oklahoma State will be able to contain Baylor’s lackluster offense and find a way to improve to 7-3. This is a game where the Cowboys defense can shine which leads me to favor taking the under in this game and taking Oklahoma State to cover the -5.5.