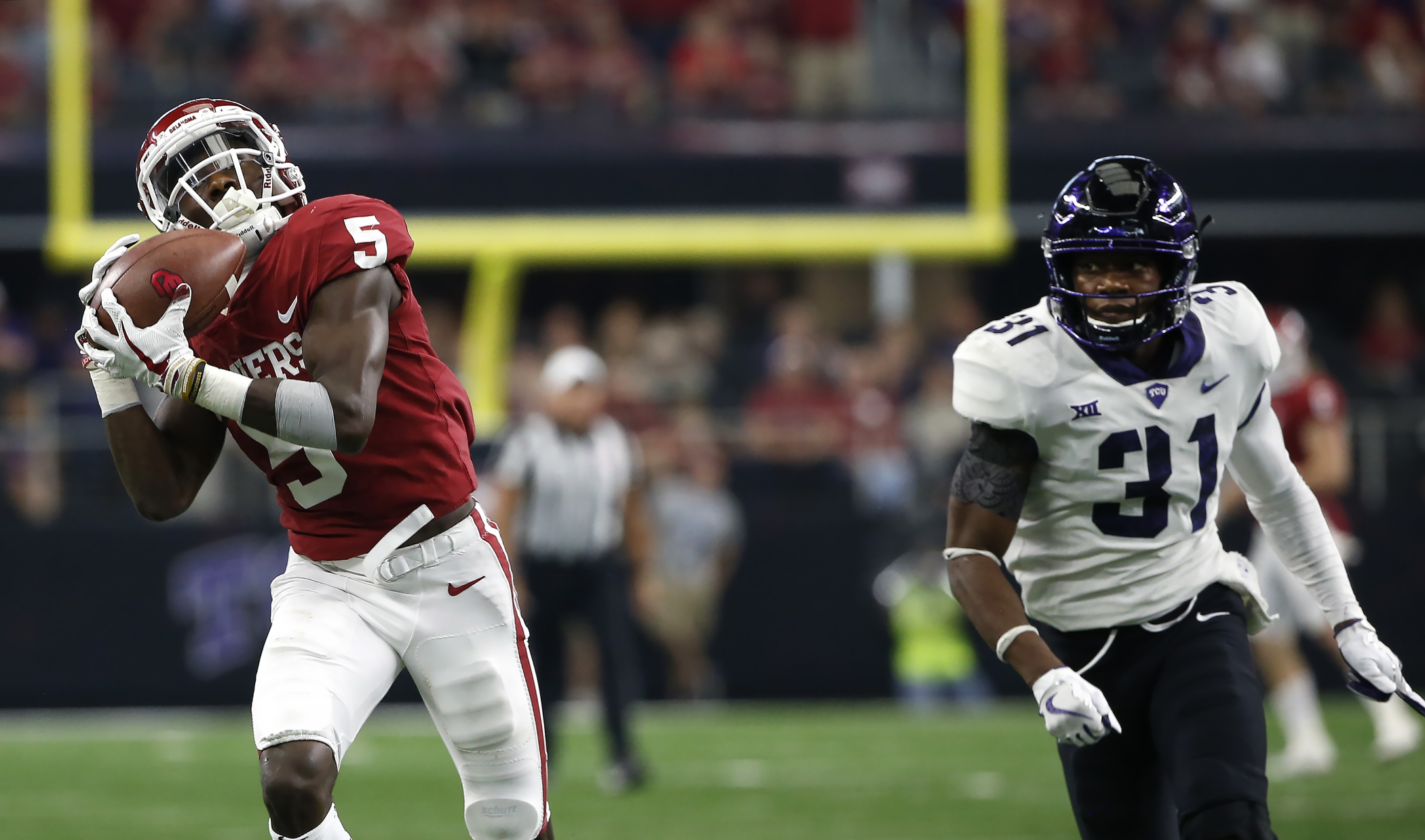 Oklahoma comes in feeling well rested after a bye last week. In their last game on Oct 10th, the Sooners took down the Texas Longhorns 53-45 in a dramatic four overtime game that saw multiple lead changes and almost 1000 yards between the two teams. Oklahoma needed to emerge from that game victorious, as they had lost their first two conference games by a combined ten points.

TCU, also coming off a bye, dropped to 1-2 after a 21-14 home loss to a strong Kansas State team that currently sits atop the Big 12 standings. TCU has played three games this season, and all three have been decided by seven points or less. They dropped a heartbreaker to Iowa St by 3, beat Texas by 2, and then lost by 7 to the Wildcats. The Horned Frogs scored late to get the game within a TD, but were unable to tie it and dropped yet another close conference game.

DraftKings currently lists Oklahoma (-6.5) as the favorite, with the Over/Under set at 59.

Oklahoma, much like in previous years, comes in as a high powered offense that wants to get up and down the field. Currently they rank in the top 10 for three different offensive categories: 41.5 Points per Game (10th), 502 yards per game (10th), and 358 passing yards per game (6th). They run close to 80 plays per game, and are also averaging close to 150 rushing yards. This is your prototypical Big 12 spread offense that believes they can outscore anyone in the country, and they might be right. Defensively, they’ve been middle of the pack. They give up 30 points per game, 246 pass yards, and just under 100 rush yards. This team is all about the offense.

TCU, on the other hand, relies on their defense to keep them in games. Currently they are holding teams to under 30 PPG, and are a top 10 pass defense, averaging just 188 pass yards allowed. Their offense is middle of the road, as they only score 27 PPG. They do average 437 total yards per game though, which ranks inside the top 30. TCU is pretty much the exact opposite of Oklahoma, and that will be on display this weekend.

Oklahoma QB Spencer Rattler is just another quarterback benefitting from Lincoln Reilly’s Air Raid system. Currently, Rattler ranks 13th in yards (1,186) and is tied for 5th in the country in passing touchdowns with 13. Rattler also boasts a 71% completion percentage, demonstrating his ability to make the right throws to open receivers. On the ground, the Sooners are lead by TJ Pledger and Seth McGowan. Pledger has 46 carries for 219 yards for a 4.8 yards per carry average, while McGowan is slightly higher at 5.3 yards per rush. Both have two rushing TDs.

The receiving corps is extremely balanced and will present a lot of challenges for the TCU defense. Seven different players have caught touchdowns, with five of those having double digit receptions on the season. Marvin Mims leads the team with four touchdowns on 15 catches and 196 yards. Look for TE Austin Stogner (17 receptions, 230 yards, and 1 td) to have a big day.

As noted, TCU’s offense is not your typical Big 12 offense. QB Max Duggan has thrown for 626 yards, 3 touchdowns and 1 Int in his three games this year. However, he hasn’t thrown a TD since TCU’s first game against Iowa State, when he went 16-19 for 241 and 3 touchdowns. That was by far his best game of the season, as the Horned Frogs have really struggled to move the ball. Duggan also leads the team in rushing yards, but Freshman Darwin Barlow averaged 7.0 yards per carry against a stout Kansas State defense in their last game.

This could be the game where TCU is finally able to open up offensively. They’ve had issues moving the ball and putting points on the board, but Oklahoma’s style of play will allow the Horned Frogs to take some shots down the field. Look for WR Blair Conwright to have a big game vs the Oklahoma secondary.

Oklahoma a Lock to Cover

This total is a little too high for me. However, if the total is the bet you want, I’d recommend teasing it down to something in the neighborhood of 55-56. Here’s why I don’t like the over: TCU’s offense hasn’t clicked yet, and with two weeks to prepare for the Sooners offense, their defense wont get gashed like other Big 12 opponents. I don’t think there is any way that Oklahoma reaches their season average of 41 points.

That being said, Oklahoma will cover the 6.5. The Sooners will have their foot on the pedal the whole game, as Reilly will continue to trust Rattler to run this high octane offense. I would recommend getting this bet in as soon as you can, because as we get closer to Saturday, that number is going to creep up to 7 or even 7.5. If that happens, tease it down to 6.5 confidently and sit back and watch Spencer Rattler dice up TCU’s secondary.