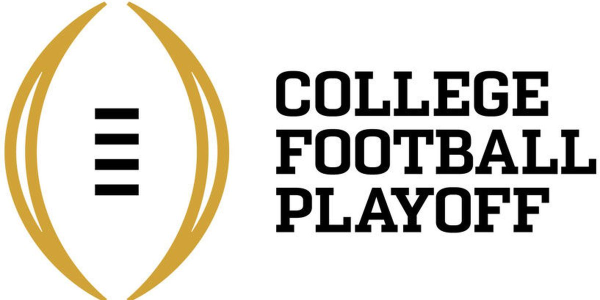 While the LSUTigers were beating up on Arkansas in a 56-20 contest, the Ohio State Buckeyes were taking down #6 Penn State with a 28-17 effort. In the eyes of the College Football Playoff Selection Committee, that was enough for Ohio State to leapfrog LSU for the #1 overall ranking.

For the 11-0 Buckeyes, this marks a return to the top spot after starting out at #1 when this year’s CFP rankings debuted. They then spent two weeks at #2 after LSU’s impressive resume earned them a short spell atop the rankings.

Behind #1 Ohio State is #2 LSU. This comes as no surprise considering the 11-0 Tigers were last week’s top-ranked team and they earned a comfortable win this past weekend.

The 11-0 Clemson Tigers were off last weekend. With no way to falter, Clemson retains its place at #3 in the CFP rankings once again.

Leading all one-loss teams in the country is #4 Georgia. The Bulldogs weren’t particularly impressive against Texas A&M last weekend, but they did enough to claim a 19-13 victory and stay in the final College Football Playoff spot.

The Crimson Tide of Alabama remain at #5 as the first team left out of the CFP’s four qualifying places. A big win over Western Carolina may have boosted the confidence of backup QB Mac Jones, but it certainly wouldn’t have impressed the committee.

And the final three teams rounding out the top eight spots are #6 Utah, #7 Oklahoma, and #8 Minnesota.

At this point, it feels inevitable that the SEC will end up with two teams in the College Football Playoff. With a showdown in the SEC Championship Game between #2 LSU and #4 Georgia on the horizon, and Alabama sitting at #5, that fate is nearly sealed.

If #5 Alabama can earn an 11th victory this weekend over #15 Auburn, they’ll have a great chance of sliding into the top four if the Tigers take care of business over the Bulldogs in two weeks.

If Georgia beats LSU, it would be hard to knock the Tigers all the way out of the CFP’s top four because of their resume, meaning Alabama would likely be left out.

The only way two SEC aren’t involved in the College Football Playoff would likely be if Alabama loses to Auburn this weekend, and #2 LSU beats #4 Georgia for the SEC crown.

There are a few scenario’s that could wreak havoc on the College Football Playoff, and the first one that comes to mind is #8 Minnesota getting in. For such an event to occur, the Golden Gophers would have to first beat #12 Wisconsin to earn a trip to the Big Ten Championship Game.

Then, a win over #1 Ohio State would likely be enough to earn Minnesota a place in the top four, but of course taking down the country’s top team is much easier said than done.

While #3 Clemson won’t face a particularly impressive opponent against South Carolina or in the ACC Championship Game, a stumble in either contest would likely mean no ACC team gets in.

Such a result would breathe life into the potential for #6 Utah, #7 Oklahoma, or even the very outside chance for the top three SEC teams to find their way into the CFP with an LSU loss to Georgia in the conference championship game.

For now, the odds of winning the 2020 College Football Playoff closely follow the rankings.

After a significant gap, #4 Georgia sits on +800 odds. #5 Alabama needs some help to get into the CFP, and they currently own odds of +1000 to win it all with a backup quarterback under center.

The final rankings to set the field for the College Football Playoff will be released on December 8th.