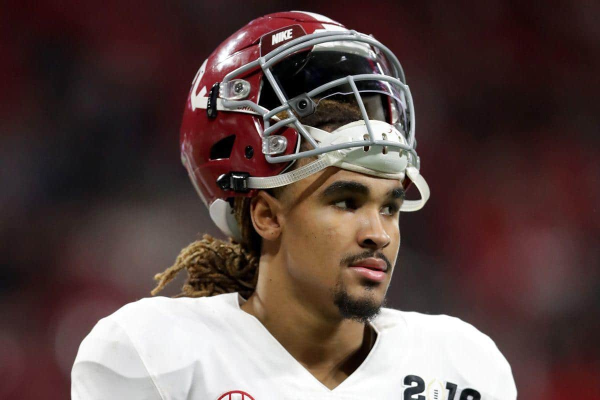 A week ago, Clemson won their second national title in the last three years with a thrashing of Alabama. Of course, there’s still a lot going on in the college football world, as the offseason is in full swing.

As expected, Alabama backup quarterback Jalen Hurts has announced that he will transfer. Hurts graduated in December, so he will be eligible to play right away and have one year of eligibility left. There are reports that Hurts has visited Maryland, Oklahoma, and Miami. Alabama’s in-state rival Auburn could also have interest. It’s possible that Hurts could make a decision this week.

In addition to Hurts, there are a number of marquee players who have placed their names in the transfer portal, meaning other schools can contact them, although there is no guarantee they end up transferring. Here are some of the names in the portal you should know about.

After Manny Diaz spent a few days as Temple head coach before going back to Miami, the Owls have hired Rod Carey as their new head coach. Carey has spent the last six seasons as the head coach of Northern Illinois. During that time, NIU has won two MAC titles, including this season, and at least tied for two more division titles. While winless in bowl games, Carey took NIU to a bowl in five of his six seasons.

Troy has also filled their head coaching vacancy, with Chip Lindsey being hired to replace Neal Brown, who left for West Virginia. This will be Lindsey’s first job as a college head coach. He spent the last two seasons as the offensive coordinator at Auburn. Prior to that, he had offensive coordinator stints at Southern Miss and Arizona State. He also served as Troy’s quarterbacks coach in 2010.

Not a lot has gone right for Oregon State in recent years, but they received some good news this week when quarterback Jake Luton was granted a sixth year of eligibility. Luton has been the preferred starter the past two seasons but has missed extensive time due to injuries. A healthy Luton could give the Beavers a fighting chance to improve upon their 2-10 record next season.

A couple of weeks ago, it looked like Florida State’s Deondre Francois would either transfer or declare for the NFL Draft. However, he has instead decided to return to the Seminoles in 2019. It was a rough season for both Francois and FSU in 2018, but both will look for a do-over next season. Of course, there was a mixed reaction from the Florida State fanbase regarding Francois returning. He could also get a serious challenge from backup James Blackman.

See You in Court

Trouble is brewing in Oregon, as the university, former head coach (and current Florida State coach) Willie Taggart, and the NCAA are being sued by one former player and one current player. Former offensive lineman Doug Brenner is suing Oregon, Taggart, and the NCAA for $11.5 million while current lineman Sam Poutasi is suing for $5 million. Both players, along with tight end Cam McCormick, were hospitalized following a workout in January 2017 and diagnosed with rhabdomyolysis, a condition that can be caused by strenuous exercise and cause long-term damage to the body.

Both lawsuits cite kidney damage as well as “emotional pain.” McCormick, meanwhile, has announced that he won’t be filing a lawsuit against Oregon or any other party in relation to the event from two years ago.