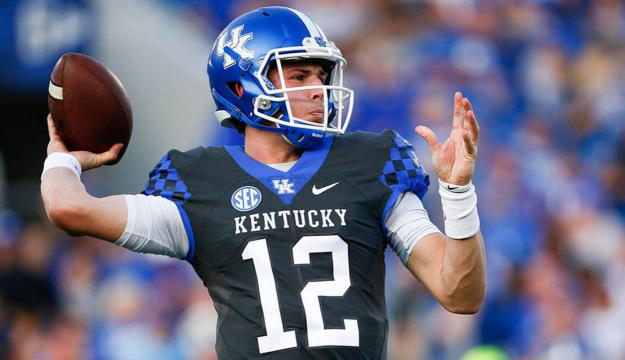 The NFL Draft may be getting most of the attention right now, but there are plenty of things happening in the college football world. With spring ball wrapping up, we can start counting down to the start of the 2019 season. Let’s check out all of the headlines from the past week.

Coming off his second national championship win in three seasons, Clemson has locked up head coach Dabo Swinney on a record-setting deal worth $93 million over the next 10 years. It’s the largest contract ever given to a college football coach. It also means Swinney will match Nick Saban’s yearly average of $9.3 million. The contract also has a buyout of $4 million if Swinney leaves for another college job in the next two years and increases to $6 million in the two years after that. However, there is no buyout if Swinney decides to leave Clemson for the NFL.

The NCAA announced a few rules changes this past week. The first involves targeting calls, which will now be called a “progressive penalty.” Three targeting fouls by one player in a season will now result in a one-game suspension. Referees will also review all targeting calls to confirm it fits the definition of targeting.

Meanwhile, college football will no longer have endless overtime games. If a game reaches five overtimes, the two teams will alternate two-point conversion tries until one team converts, and the other doesn’t rather than starting a drive from the 25-yard line. This change comes amidst concerns for player safety that were raised after Texas A&M and LSU played seven overtimes this past season.

Not Talking About It

At the annual College Football Playoff spring meetings, there was no discussion regarding whether to expand the CFP beyond four teams. There are also no plans to change the selection procedure that the 13 committee members use to pick the four teams. One thing that was discussed is whether the committee has been consistent in its assessment and use of the protocols. It seems the five major conference commissioners are more or less satisfied with the process and aren’t interested in making any major changes to the CFP at this time.

Can’t Keep Him Down

Not even hip surgery can keep Nick Saban from working toward another national championship. Saban had a procedure on Monday and was back at Alabama’s practice facility on Wednesday. He is using a cane to get around after ditching his walker after one day. Saban says after six hours at home he “was ready to jump off a bridge. Doing nothing was like torture.”

QB on the Move

Kentucky’s Gunnar Hoak is the latest quarterback to hit the open market. Hoak entered the transfer portal this week, and after he graduates in May, he’ll be able to play right away next fall with two years of eligibility left. At Kentucky, Hoak was likely to remain the backup to Terry Wilson, which is the role he had last season. There’s already speculation about Hoak being a fit at Ohio State, although he would likely be a backup with the Buckeyes as well, so it may not be a slam dunk that he ends up in Columbus.

Take My Ring and Go

After winning a national championship with Clemson last season, running back Tavien Feaster is set to finish his college career elsewhere. Feaster entered the transfer portal this past week. He will graduate from Clemson next month and have one more year of eligibility to use. He formed a 1-2 punch with Travis Etienne in 2017 but was only Clemson’s fourth-leading rusher last season. He’ll likely be behind Etienne and Lyn-J Dixon on the depth chart in 2019, leading Feaster to consider his other options.

Not every player who transfers is able to play right away. This week, the NCAA denied a request from former Georgia tight end Luke Ford to be immediately eligible after transferring to Illinois. Ford grew up about 100 miles from the Illinois campus and has an ailing grandfather, but the NCAA denied his waiver that Illinois plans to appeal. The NCAA uses a 100-mile radius as a guideline for these kinds of decisions.

The NCAA gave the same treatment to offensive lineman Brock Hoffman, who was hoping to play right away at Virginia Tech after transferring from Coastal Carolina. Hoffman’s mother had a brain tumor removed in 2017 but still experiences maladies as a result. By transferring to Virginia Tech, Hoffman is two hours from home rather than four hours from home. He will appeal the decision, pointing out that his home is five miles outside the 100-mile radius.