Mixed Bag at Top of Heisman Candidates for 2019 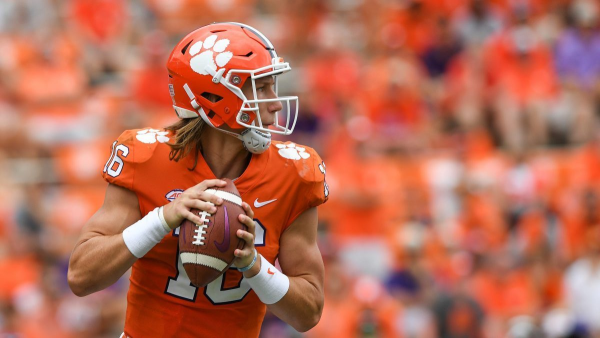 It’s one of the most iconic awards in sports, and this year’s Heisman Trophy race is set to be one for the ages

College football is a boon for the bettors that can see the writing on the wall. And there is no award more talked about in terms of individual accomplishments in college sports than the Heisman Trophy. It’s the ultimate symbol of success for those who win it and are successful, and when it comes to those in the running for the top three, it’s pretty clear cut.

While most are calling it a two-man race, there is a wild card who might throw a wrench in the race. Without a doubt, the two man-race will be one to keep an eye on, one of them is just far and wide heavily favored to win the Heisman come early next year.

At +300, it’s a great bet to take Trevor Lawrence. He is every cliched NFL scout’s idea of what an NFL QB should look like, but it’s hard to believe he is still only going to be a 19-year-old sophomore. This sort of talent and outstanding capability of arm talent that he is able to deliver is a sight to be cherished, and if you’re a Clemson fan — or maybe just gambling on Clemson — you’re going to expect that they’re in for another outstanding season with Lawrence at the helm.

In the ACC, there is no doubt that Clemson is far and away the best team in the conference, and if things go as planned, there’s no reason why Lawrence won’t be leading the charge towards the end of the season. Given that we’re very likely going to see the Tigers at the end of the year playing for yet another national championship, Lawrence is going to play a major role, making it paramount that if bettors are expecting him to win, they at least understand that his team’s success is correlated with his candidacy as a Heisman Trophy winner.

As this year’s favorite to win the award, this is yet another worthy candidate who certainly deserves a hefty plus-money price tag. Tua fell short and had a miserable National Championship game, but he’s also had incredible moments (in big moments) during his tenure as the Crimson Tide’s quarterback. He is the complete package of athleticism, mobility, and a cannon of an arm, making the Tide way more dangerous with him running the offense.

The Crimson Tide intend to go on yet another outstanding roll, and for that to happen, it’s going to come based on how well Tua can throw the ball and minimize turnovers. Injuries will also be another important aspect of his success, but when it comes to a QB with redemption on the mind and a phenomenal team around him, few have it as good as he does.

While this number is largely correlated with his team’s penchant for succession and the absolute precision of the Crimson Tide collectively under coach Nick Saban, Tua is absolutely going to be in the running for the Heisman from start to finish next season. Hence, why we told you this is likely going to be a two-man race between Tagovailoa and Lawrence.

In what would be a heck of a story, Jalen Hurts, a former Crimson Tide QB, is running the show in Oklahoma. If Hurts won the Heisman, he would be the third Sooner in a row to nab the award. With a QB-friendly offense and a chip on his shoulder, expect Hurts to put on a show, just as he did in his years as Alabama’s QB pre-Tua.

If there’s anyone with some value on them in this ultra-tight race, it’s Hurts.